“Perhaps an even bigger surprise was, with the exception of a few, the more I tried to share this information the harder my life became. I was ostracised by people you might have expected support from. In-fact, even before I tried to share any of the things, I’d learnt my life started to become more than difficult. It became impossible to continue on as before.”

And yet, he keeps on trying to tell the world about his experience of being abducted by aliens and living amongst them for ten days before being dropped back in New Zealand, struggling to remember what he saw so he could tell the world – a different experience that he found far worse than his abduction. The abductee is Alec Newald and he was recently in the news as he shared his story once again, 30 years later, to an audience in Australia.

“I was driving the car and it felt like a tonne of bricks had landed on me, like someone had poured cement on me. I felt like I was pushed into the seat of that car.” 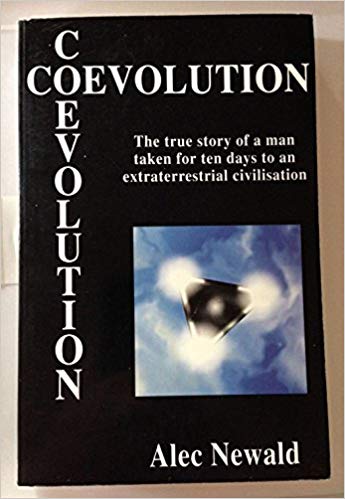 In an interview prior to his talk to the UFOR (UFO Research) group in West Ryde, New South Wales, Newald recounts how in February 1989 he was spared from what would certainly have been a fatal drive off of a cliff by aliens who transported him to their world where he found himself in what he describes as a spirit form with others in the same condition. Newald says he assumed he was dead and in the afterlife until he was approached by small beings – four-feet tall, large round heads, squinty eyes – with one as the obvious leader.

"Welcome", he said. "I am the designated Guardian of this section. Anything that you feel you might need to make your stay with us more pleasant, ask and I shall do my best to supply it. The suit you have been given will make it possible for you to understand us, and us you".

On his website and in his book, “Coevolution: The True Story of a Man Taken for Ten Days to an Extraterrestrial Civilization,” he describes being given a body and watching as the ship he was on descended into a huge city with various buildings that were pyramid-shaped, tubular or round. He was given a tour in a floating car described as “a stealth fighter cockpit without wings” controlled by "part mind power, part magnetic repulsion." Newald says he was given more technical and historical information (including how these aliens affected the evolution of the planet and humans) during his stay, which lasted until he suddenly found himself back in Auckland 10 days later, confused and struggling to figure out what happened.

Newald claims he knew something big had happened to him because “some governmental agency knew about his "off world" experience, and wanted to get as much information out of him as humanly possible.” He says he was visited by “two New Zealand DSIR (Department of Scientific and Industrial Research) scientists" who knew more about him than he expected … enough to convince him they were not from the DSIR. He claims to have been threatened and his flats were broken into. 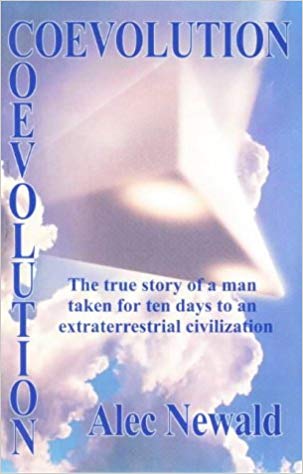 Newald wrote his book to share his story and his interpretation of these experiences and has periodically tried to tell it in public, only to be “ostracized.” Some complaints are that it’s too brief and his accounts are less of a first-hand memory than an interpretation of what he thinks happened. Now Newald is back again. The world and its desire for disclosure on UFOs and aliens has changed. However, his message has not.

“In relating the details of my own experience, I hope I can somehow convey to you that the unknown need not to be something to be feared. Personally, I am looking forward to whatever the future has to offer the human race.”

A good message, whether you believe the rest of Alec Newald’s account of a 10-day alien abduction or not.