“A Big Monkey Or Ape Perhaps”

There can be no doubt at all that the best way to try and find out the truth of the Yeti, the Yeren, the Yowie, the Orang-pendek and other mysterious apes of our world is to go looking for them. I am, of course, talking about expeditions and road-trips. On occasion, however, old correspondence of the very intriguing kind can be of great importance to monster hunters and creature seekers. Okay, admittedly such data does not amount to proof of existence (far from it, in fact). It does, however, provide significant food for thought, if nothing else. I'll share with you one particularly eye-opening example of what I mean.

In 1915, a fascinating piece of correspondence was read, by a botanist named Henry J. Elwes, to a meeting of the Zoological Society of London, England. It was a piece of correspondence provided to Elwes by a forestry officer, J.R.O Gent, who was stationed at the time in Darjeeling, a town that stands in the Indian state of West Bengal. In his letter to Elwes, Gent wrote the following words:

“I have discovered the existence of another animal but cannot make out what it is, a big monkey or ape perhaps - if there were any apes in India. It is a beast of very high elevations and only goes down to Phalut in the cold weather. It is covered with longish hair, face also hairy, the ordinary yellowish-brown color of the Bengal monkey. Stands about 4 feet high and goes about on the ground chiefly, though I think it can also climb. The peculiar feature is that its tracks are about 18 inches or 2 feet long and toes point in the opposite direction to that in which the animal is moving. The breadth of the track is about 6 inches. I take it he walks on his knees and shins instead of on the sole of his foot. 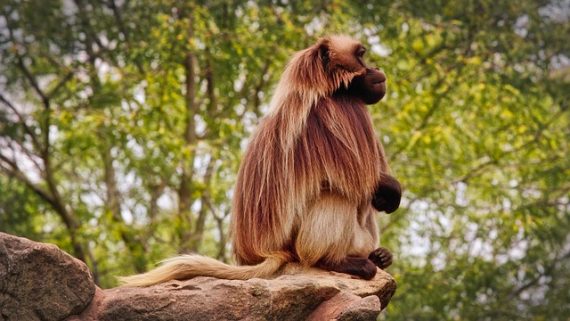 “He is known as the Jungli Admi or Sogpa. One was worrying a lot of coolies [an insulting and wholly racist term] working in the forest below Phalut in December; they were very frightened and would not go into work. I set off as soon as I could to try and bag the beast, but before I arrived the Forester had been letting off a gun and frightened it away, so I saw nothing. An old chowkidar of Phalut told me he had frequently seen them in the snow there, and confirmed the description of the tracks. It is a thing that practically no Englishman has ever heard of, but all the natives of the higher villages know about it. All I can say is that it is not the Nepal Langur, but I’ve impressed upon people up there that I want information the next time one is about.” 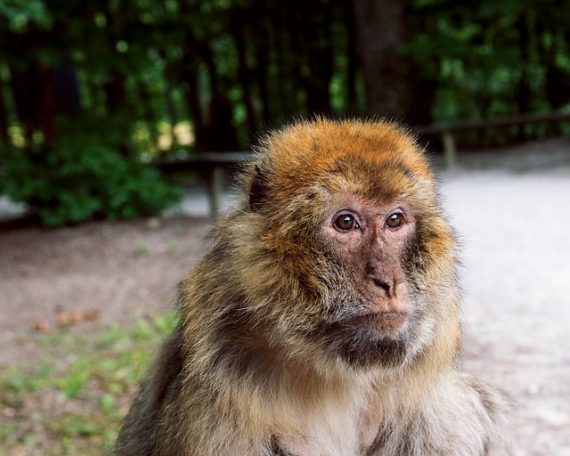 Despite Gent’s determination to secure more data, an example of the ape was not found. If it had been, I would hardly be writing these words right now! But, the fairly detailed description of the creature suggests - to me, at least - that it was probably more than solely the product of legend, myth and folklore. Reports of large and lumbering apes in India have occasionally surfaced, with some researchers suggesting that India's Bigfoot may actually be surviving pockets of the long-extinct, massive ape called Gigantopithecus blacki. Maybe, the small Jungli Admi / Sogpa were actually juvenile Gigantopithecus blacki. On the other hand, perhaps we're looking at something completely different. It must be said that the claim that the creature was around four-feet in height and that its feet were approximately two-feet in length, provokes very strange imagery. An ape whose feet are half the length of its entire body? I suggest there was probably a significant degree of elaboration and exaggeration here. There's another reason why I suspect there was elaboration and exaggeration: it's  because of the reference to the backwards-facing feet. This is a legend that pops up in many tales of anomalous apes.

Whatever the truth of the story, I do think it adds weight to the theory that our world is indeed home to unknown and unidentified apes. It's very unfortunate, though, that the tale came from a racist; a man who should have known far better than to insult the very people who had seen one of the creatures he was seeking.

A Mysterious Radioactive Heat Source is Melting Antarctica from Below