Just in time for DB CooperCon (yes, it’s a real event – more later), a DB Cooper researcher claims that he, unlike the scores of others who have claimed this, has solved the mystery of the identity of DB Cooper, the pseudonym given to the man who in 1971 hijacked Northwest Orient Flight 305 out of Portland, demanded and received $200,000, parachuted with the cash out of the airplane and has never been seen again. What does this new DB Cooper-solver know that the rest didn’t? Will this get him in free to DB CooperCon? (It doesn’t matter – there’s no admission fee.)

"I am an analyst, and in my professional opinion, there are too many connections to be simply a coincidence."

The Oregonian has revealed the story of an anonymous DB Cooper researcher (he’s a U.S. Army officer with a security clearance and is worried his colleagues will think he’s nuts and, as an experienced investigator, he doesn’t want to be put in the same category as amateur "Cooperites") who claims he started with the book "D.B. Cooper: What Really Happened," by Max Gunther – a book that has been discounted by other DB Cooper experts. ‘Anonymous’ looked up “Dan LeClair, the man who Gunther claimed had told him he was DB Cooper, and found a World War II Army veteran by the name of “Dan Clair” (close enough?) who was married to a woman whose birthday was March 2, the same as the book LeClair’s wife. 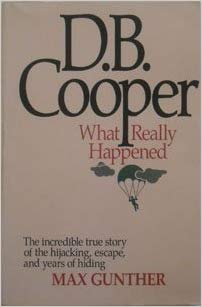 ‘Anonymous’ decided LeClair was not DB Cooper but a friend or co-worker of his. Going with this new assumption, he looked up friends of Dan Clair and found William J. Smith, who he worked with at Penn Central Transportation Co. Smith was a Navy veteran (possible parachuting experience) and was familiar with railroading enough to possibly plan a jump that would be near railroad lines where he could hide on a train and get out of the area quickly after landing.

Smith’s 1946 high school yearbook gave another clue – it listed alumni killed in WWII, including an Ira Daniel Cooper. While Smith’s yearbook photo didn’t help, it gave Anonymous the idea to look for more current ones and found a 1980s photograph of him that looked an awful lot like an older version of the famous police sketch. (See a side-by-side comparison here.) More clues: Smith had a grudge against his former employer for going bankrupt, forcing him and his friends to lose jobs and pensions – DB Cooper made a famous comment to a flight attendant about a grudge. The clip-on tie DB Cooper left behind on the plane had microscopic particles of metals such as titanium, aluminum, bismuth and stainless steel – metals which are present in rail yards of the type where Smith worked. 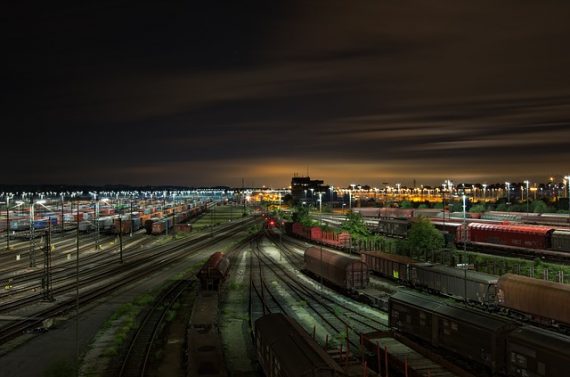 While he doesn’t want to be lumped with the “Cooperites,” he’s being treated like one. Anonymous told The Oregonian that the FBI has not responded to his requests to investigate his theory. That’s why he turned to the newspaper, hoping a relative or acquaintance of William J. Smith will read about it and come forward with more evidence.

In the meantime, he may want to sneak into the 2018 DB Cooper Conference, being held on November 24th at the Columbia Edgewater Country Club in Portland, OR. There he can hear a presentation on Robert Rackstraw, who earlier this year was linked to a decoded letter identifying him as D.B. Cooper – an accusation that he denies. Or he can attend one on the metallic particles found on the clip-on tie.

Or he can just sit in the back and look down his nose at the “Cooperites.”

Strange and Confounding Mysteries of the Human Body