I’ve always been fascinated with identical twins. The fact that there could be an exact copy of yourself out there in the world just seems so eerie, especially coupled with all of the high strangeness and mysterious connections which sometimes occurs between twins. While there have been many cases of long-lost separated human twins discovering their genetic facsimiles, this week the astronomical world might have gotten its first case of a long overdue twin reunion. It turns out that our own Sun may have an identical twin out in the universe, and astronomers think they’ve just discovered where it’s been hiding. 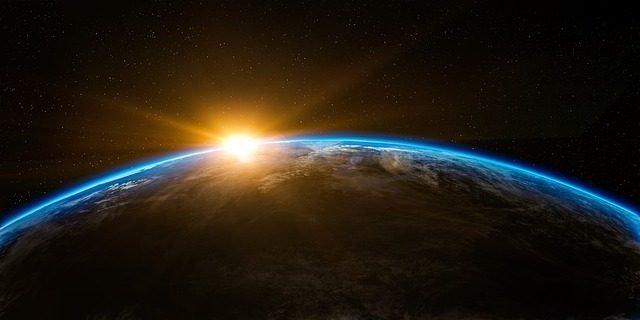 Our Sun’s twin has been identified as HD 186302, a yellow dwarf star just 184 light-years away. We’re practically neighbors! Recent astronomical research has revealed that all stars likely begin their lives as binary pairs, with some estimates claiming up to 85% of all stars exist in binary pairs. Based on analysis of new data gathered by the European Space Agency’s Gaia mission, HD 186302 has a nearly identical surface temperature, luminosity, age, and chemical composition, making it a likely candidate for Sol’s long-lost identical twin. Its unknown how it might have gotten separate from its twin, but astronomers believe some binary pairs of stars are separated and flung into different reaches of space during stellar formation.

Astronomer Vardan Adibekyan of Portugal’s Institute of Astrophysics and Space Sciences published the study of HD 186302 in the journal Astronomy & Astrophysics just this week. According to Adibekyan, the fact that HD 186302 is so similar to our own Sun means there is a “non-negligible” probability that it too could support life:

Some theoretical calculations show that there is non-negligible probability that life spread from Earth to other planets or exoplanetary systems, during the period of the late heavy bombardment. If we are lucky, and our sibling candidate has a planet, and the planet is a rocky type, in the habitable zone, and finally if this planet was 'contaminated' by the life seeds from Earth, then we have what one could dream - an Earth 2.0, orbiting a Sun 2.0.

Obviously, the next step is to send the Space Force over there to see if Earth 2.0 has any interesting or valuable stuff we might be able to use here on Earth 1.0, then cook up some reasons why they warrant a good ol’ fashioned dose of “civilization.” We all know the long-lost twin is always the evil twin. Although, maybe we're looking at it backwards. Maybe we are their long-lost twin...

Are we the evil one?