When it comes to revealing the gender of your soon-to-be-born baby to your family, friends and other who-cares-where’s-the-food people, appropriately-colored balloons floating out of a box works well for most parents. However, when your baby is a film, you have to think bigger, especially when it’s a reveal about one of the most famous films of all time … the grainy-yet-realistic Roswell autopsy film which is purported to show someone slicing-and-dicing an alien who allegedly crashed in Roswell on that fateful day in 1947. Spyros Melaris did just that last year when he wrote and starred in a one-man show on London’s East End which revealed how he created the fake aliens and other special effects in one of the greatest hoaxes in history. Now he wants people outside of London to hear his reveal. How does he top the one-man show? A Broadway musical? A holographic display? A documentary starring Betty White? 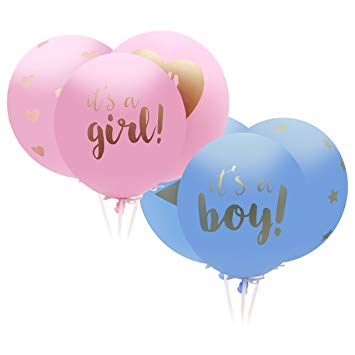 "For me, ‘The alien autopsy’ film was a challenge. Could it be done? As a magician, I wanted to create the biggest illusion ever performed on a global stage. It was never meant to be anything else for me. Once it was created, and it achieved worldwide acclaim, experts saying it was real, others said it was not, no one proved it either way.”

As in the one-man show, Melaris points out in an interview with the Daily Star that the original film -- show to him by Ray Santilli, a filmmaker who claimed to have the only copy – was an obvious fake. What Melaris offered to create was a better fake that would be used in a ‘documentary’ about it that was eventually shown in 1995 on the Fox network, causing great excitement and controversy. Santilli got all of the credit and Melaris’ work was largely ignored, even when Santilli and fellow producer Gary Shoefield finally revealed that, while the documentary was a fraud as was the film shown in it, there was once a real black-and-white alien autopsy that he claimed to still have a few frames of. Melaris’ one-man show last year was supposed to settle the controversy once and for all.

“I have repeatedly challenged Santilli and Shoefield to produce just one frame of genuine 1947 film with the alien's image on it."

Santilli hasn’t, although he did reveal a photograph of the autopsy last year that he claimed was from the film, which he claims is now in terrible shape. Melarius’ new ‘big reveal’ was an appearance on the BBC’s The One Show, a disappointment in more ways than just not being a Broadway musical or anything with Betty White. He does give a lot of credit to another member of the crew: his ex-girlfriend.

"My girlfriend at the time did all the intensive and detailed research, made the costumes, and played the part of the nurse as well. You should not underestimate the importance of this role. It was she who taught John (note: John Humphreys was the sculptor for the film) how to do an autopsy, as if done by a surgeon in America in 1947. To say she is a genius is an understatement."

The second disappointment was in the magic trick Melaris attempted to perform. He claims to be a world-class magician but he killed his chances to appear on “Penn & Teller: Fool Us” when he asked a fellow guest to pick out the one envelope from a set of three that contained the picture of an alien (how cute). She picked the wrong one and he blamed her!

Could Melaris’ trick about the fake alien film be failing too? That all depends on whether he shows up again next year with new information and a better reveal. Betty White … stay close to your phone!