One of the oddest aspects of encounters with non-human entities is the way in which those same entities interact with us. In fact, in some cases, they are barely able to interact at all. Complete confusion is very much the order of the day, which is the theme of today's article. We'll begin with the sinister Black Eyed Children. David Weatherly is a good friend and without doubt the leading expert in the matter of the BEC. A couple of years ago, David shared with me an account that perfectly demonstrates how confusion and creepy creatures go together. Over to David:

"Take the case of Susan for instance. She encountered the BEKs at her home in the Orlando, Florida area.  Susan was hard at work finishing a project when the knocking started. 'I’ll be honest,' she says.  'I was in a very bad mood. The day had been very frustrating and I hadn’t really gotten much done. I was focused on my project when the knocking started. I was trying to finish something, just one little piece, and thought that the person at the door would just wait for a moment. The knocking didn’t stop though, not even a break, it was long and constant.  I got very angry about it for some reason. I dropped what I was doing and went to the door.' 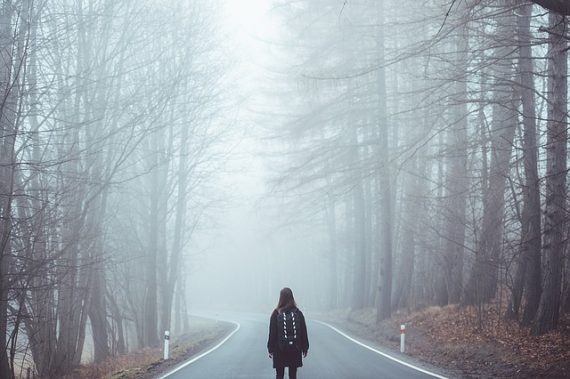 "Susan reports that she flung the door open very quickly because of her anger. She barely noticed the two kids standing on her porch as she took a step out and pointed at her doorbell button. 'Why don't you use the damn doorbell?'  She shouted. The response she received was very odd to say the least. The two children turned their heads and looked at the lit doorbell button, then slowly turned and looked back at Susan. 'They repeated this motion several times. It was as if they had no idea what that button was for or what I meant by my question.  I honestly don’t think they knew what a doorbell was. I suddenly felt very uncomfortable.  It was a creepy response and I took a step back so that I was in my doorway.'

"After an uncomfortable pause, one of the kids turned back to Susan and requested that she ask them in. 'He kept saying that I should invite them in because it was hot outside.  I’d never seen these kids before in my life and I certainly wasn’t going to let them in my house.  What’s weird is that at the time, it almost made sense to me and I actually thought about opening the door and letting them come inside. I just felt completely confused. I kept thinking about the doorbell though and why they acted like they didn’t know what it was. The kid who was speaking finally looked up and stared directly at me. That’s when I saw the eyes, solid black. Frankly it scared me like nothing ever had. I ran inside and slammed the door, locking the deadbolt.'"

Moving on from the Black Eyed Children, there's the matter of the Men in Black. They too are often described as being confused in our presence. Cases of Men in Black not just not understanding what regular food is, but also having no understanding of how to eat it, abound. In the summer of 1967, a very strange man walked into Max’s Kansas City, New York and asked for food. His suit was black and decades out of style, and his eyes bulged, like mad-dog eyes. “Something to eat” he said in a monotone, robotic fashion. It was followed by one more word: “Food.” Clearly, this particular MIB was a man of very few words. The man, John Keel reported in 1975’s Visitors from Space, stared menacingly at the waitress, who suggested a steak and while she cautiously backed away. The juicy steak was duly brought to the table but it remained untouched: knives and forks were beyond the comprehension of the "man," who – quite out of the blue – claimed to the waitress that he was an extraterrestrial entity. He soon left, evidently not happy with what passes for food on Earth. Moving on... 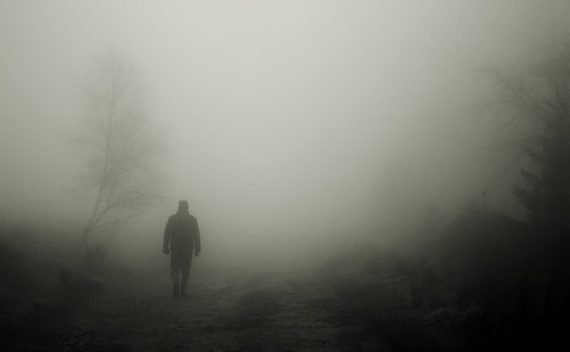 Denise Stoner is a well-respected investigator of the UFO phenomenon and lives in Florida. Along with Kathleen Marden, she co-wrote The Alien Abduction Files. The pair chronicle numerous cases of high-strangeness. On several occasions Denise has encountered in the restaurant of her local Whole Foods a strange and unusual character: a man who wears a hat, sunglasses, and a panama-type hat. Of course, some might say that the man in simply another customer. The fact, however, that Stoner has had numerous run-ins with both Men in Black and Women in Black strongly suggests otherwise. Notably, the man almost obsessively stares at Stoner, never, ever touching the food or drink that are always in front of him. It’s almost as if they are there simply as decorations, which may indeed be the case. It's also as if the black-dressed man doesn't understand what the food is: it confuses him. There is, clearly, something very wrong with the strange man who never eats or drinks. Just as Denise is about to finish her snack, the man appears to know that this is a signal she is about to leave and he stands up. He always makes sure he walks past Stoner’s table, rounds a corner and vanishes – quite literally – as he passes a large pillar on the corner of the shopping plaza.

In cases like these, it's hard to know who was confused most of all: the witnesses or the supernatural entities themselves...