“I was born in a dark matter hurricane.”

The Rolling Stones song “Jumpin’ Jack Flash” was recorded 50 years ago this year, but If Keith Richards was born today, or at least during the current week, his signature opening line about a crossfire hurricane (which referred to a World War II German air raid on London) might have been updated to the dark matter hurricane slamming into the solar system and planet Earth as we speak. A what?

“The cosmic weather forecast calls for strong dark matter winds in our region of the Galaxy. The prediction is based on a new study of a nearby collection of stars that are all moving in the same direction.”

In the study “Dark matter hurricane: Measuring the S1 stream with dark matter detectors” published this past week in the journal Physical Review D and summarized in Physics, researchers from the University of Zaragoza in Spain reveal – a little too late – that Earth is presently in the midst of a ‘stellar stream’ that may contain a large amount of dark matter. Let’s break that down and see if we should look up at the sky or bend over and kiss our butts goodbye. 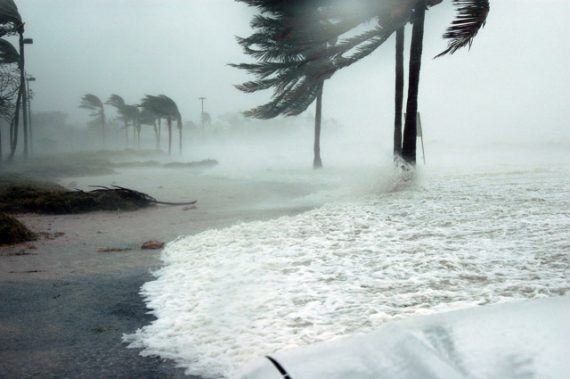 A stellar stream is the remains of a dwarf galaxy that was destroyed by a larger one. In this case, a stream called S1 by the researchers who discovered it last year using the European Space Agency's Gaia satellite is the remnants of dwarf galaxy eaten by the Milky Way billions of years ago. It appears to contain remnants of about 30,000 stars and is traveling through the galaxy at a speed of about 500 kilometers (310 miles) per second. How do they know this? Because it’s blowing past and around the sun and our planet right now.

That in and of itself doesn’t put us in any danger, according to the study. However, what happened on its journey here might. While passing through the rest of the galaxy, S1 has been picking up dark matter and is now bombarding us with it at such a high speed that study co-author Ciaran O'Hare named it a “dark matter hurricane.” (A new song would have to credit O’Hara to avoid the controversy Keith had with Stones bass player Bill Wyman over his uncredited contribution to the opening guitar riff of “Jumpin’ Jack Flash.”)

Since we’re already theoretically surrounded by dark matter, the hurricane itself isn’t hurting us. In fact, it’s helping astronomers and physicists potentially identify what dark matter really is. One theory is that it’s a form of weakly interacting massive particles (WIMPs). O’Hara’s team believes current detectors won’t be able to pick them up but future WIMP detectors might. They’re more excited about identifying axion dark matter (theoretical particles 500 million times lighter than electrons) which “should exhibit a broad bump with an additional narrow peak if the S1 hurricane is truly buffeting our shores.”

So, we’re not going to get hit by any of the big pieces in S1 and we’re theoretically in no danger of the load of theoretical dark matter it’s dumping on us. The S1 dark matter hurricane is one of those things that will only give wet dreams to astronomers, physicists … and possibly future songwriters and heavy metal bands.

“Here I am … rock you like a dark matter hurricane.”

Terror on the Telephone