Haunted Highways and the Devil’s Backbone of Texas

There have always been places that have drawn to them tales of the paranormal. For whatever reasons these locations exude some force that tethers these phenomena to them, whether it be through some violent past, a certain quality to the landscape itself, or reasons we cannot even begin to comprehend. Certainly one such place is a region of the U.S. state of Texas, which boasts a haunted highway and all manner of high strangeness, and has earned itself the name "The Devil's Backbone."

Located at the crossroads of West Texas, Central Texas, and South Texas in the United States is a region of rugged hills and granite domes known collectively as the Texas Hill Country. With is rustic, wild ambiance and jagged terrain, the whole scenic area looks like something out of an old Wild West movie, and indeed it was here that Native American tribes and white settlers often clashed in those days. One is not likely to get closer to the region’s wild west history than this place, and through this picturesque locale meanders a loop of road composed of Texas Farm Roads 12, 165, and 32, as well as U.S. Highways 32 and 281, with a portion that stretches between the historic town of Wimberley, around Canyon Lake, to the town of Blanco. This portion of the road passes right alongside an ominous narrow ridge that spans 20 miles and juts up 1,255 feet to dominate the landscape around it, and which possesses the rather sinister name “The Devil’s Backbone,” also called the Diablo Espinoza, or "spiny devil," lending the road itself the nickname “Devil’s Backbone Highway.”

The highway and area are rather historic and deserving of the Wild West feel, with the path of Highway 32 once a cattle trail, and the ridge itself long a mystic place used in the old days by the Native tribes of the region for rituals and as a lookout point to peer out over the rough terrain looking for incoming enemies, and bloody skirmishes were a common sight here at one time, pervading the area with a rather bloody history. It is perhaps this very history of violence and bloodshed that has imbued this scenic route with an almost tangible negative energy, and the Devil’s Backbone Highway has long been ground zero for mysterious accidents, disappearances, and all manner of ghostly phenomena.

One of the most commonly sighted of the area’s many ghostly apparitions is that of spectral horsemen that come tearing through, sometimes accompanied by a contingent of ghostly horses or cattle. One notable such sighting was made by a man named Lynn Gentry, who was a foreman at the ranch of local resident Burt Wall at the time. Gentry claimed that one night he was jolted awake by the loud rumbling of what sounded like a whole herd of horses passing by through the night outside. When he looked outside, he claimed that he could see at least 20 men on horseback, all of whom seemed to be dressed in vintage Confederate uniforms. The roar of the horses got almost deafening, until it all just suddenly stopped to bring a heavy silence crashing down in its wake. The presence of the spirits of Confederate soldiers would not be too strange, as renegade soldiers once descended on the region in the 1800s looking to get rich on gold. Maybe they are still looking?

The sound of ghostly horses is supposedly a rather common paranormal occurrence around here, with sometimes as many as 50 of the specters reported. Similarly there have been many sightings of a ghostly Native American herding wraith cattle in the vicinity, who is so well known that he has the nickname Drago. The rancher Burt Wall, who has lived in the Devil’s Backbone area for over 30 years, has had his own spooky ghostly encounter, and he has explained that he once heard his dogs barking and looked outside to see a ghostly monk dressed in 1700s clothing, which then vanished right before his eyes. Wall has claimed that it was most likely the spirit of a Franciscan monk who once lived in the area by the name of Espinoza. 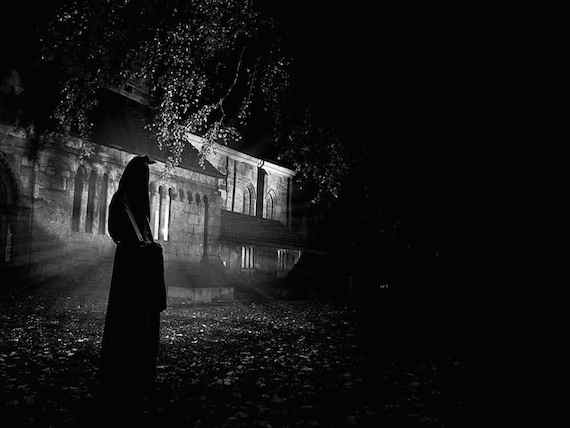 Wall has also spoken of a friend of his son named John Villa­rreal, who was out hiking with some friends when he had a frightening vision of a wolf jumping out at him. It was so vivid and real that he shouted out to warn his friends of the danger, but none of them saw anything. When they got back home, Villa­rreal began to go into a bizarre trance-like state, convulsing, growling, snorting, and mumbling in some strange language, and Wall has said of the incident, “He was totally out of it, ranting in a language that sounded like a mix of Spanish and Apache.” This episode lasted until an inexplicable strong gust of wind came roaring through the house on an otherwise windless night, after which the boy returned to normal with no memory of what had happened. According to Wall, these sorts of possessions are not rare in the area, and almost always involve the presence of a ghostly wolf jumping into the victim.

There have been numerous other encounters with the weird along the Devil’s Backbone. One deer hunter named John Miers was waiting in his tree stand when he heard the crunching of rocks as someone paced down below about the tree he was in. The intruder did not respond to calls to identify himself, and kept circling the tree for several minutes as Miers wondered who it could be out there in the middle of nowhere. He would decide to go down and investigate, but he found that not only was no one there, but also that there were no footprints or any sign that anyone had been walking around the tree at all. He walked a bit out from the tree, scanning the area for anyone there at all, and when he found no one he looked back to find an old Native man standing still next to the tree, peering out at him. Not a little unnerved by this point, Miers decided to call it a day and head back home, but the Native man would purportedly ominously follow him for a time before blinking out of existence into thin air.

Other assorted hauntings in the area include a phantom that jumps onto the roofs of passing cars on the road, ghostly hitchhikers, shadow people that follow hikers in the area, a spectral woman and child believed to be the family of a lost miner, and others. Jackie Milligan, co-founder of Texas Paranormal Events, has investigated the area, and one of the places she looked into was a haunted ranch, where they encountered the lurking presence of a little girl. The team managed to make contact through EVP recordings, and Milligan has said of the case:

One family called us because their youngest son was talking to someone. They thought it was cute and an imaginary friend until he told them she was a little girl with a hole in her head. It was funny because the cat would act like someone was playing with him when no one was. I was asking questions about the cat, and one EVP had the little voice saying ‘yes’ when I asked if she liked playing with him. 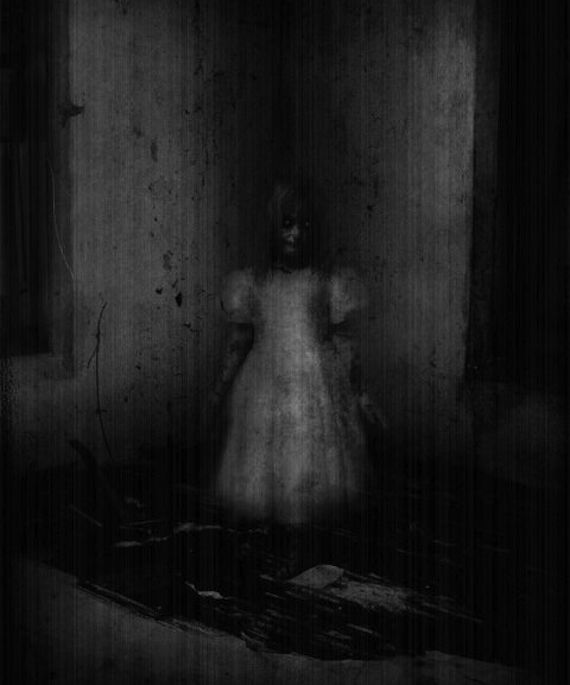 One very haunted place in the area is actually a bar called the Devil’s Backbone Tavern, on Ranch Road 32, near the town of Fischer. The honky-tonk style establishment was first opened all the way back in the 1800s, and has over the years accrued quite the reputation for its alleged hauntings, which have taken many forms. The lights are known to flick on and off for no reason, glasses and tableware move, and the jukebox is said to be so haunted it almost seems to have a mind of its own. Doors and windows open and close by themselves, there is a picture that constantly falls down to hit patrons, and wet footprints are often left around the place when no one is there. The ghost or ghosts will also appear as apparitions, or poke and prod customers and employees, as well as run unseen fingers through hair. One former bartender at the tavern has said of the place:

The TVs in the tavern will turn off and on and switch channels on their own sometimes. I guess whoever is doing it just wants to watch TV or doesn’t like what we’re watching. We get a lot of tourists that come in here. They’ll type in ‘haunted bars’ on the Internet and see us and come out. We get a lot of college kids who hear about it and are looking for something to do.

So haunted is the tavern said to be that it is frequently visited by paranormal investigators, and even has a sign posted that reads, “Ghost Warning – If Doors and Windows Open And Close By Them Selfs, Just Ignore It. It’s Just Our Ghost Trying to Get Attention. He Thinks It’s Funny.” The whole highway and the region surrounding it are so permeated by paranormal phenomena that they have been frequently studied by investigators and have appeared on the hit show Unsolved Mysteries in 1996. The rancher Bert Wall has also written books on the strange phenomena here, such as “The Devil's Backbone: Ghost Stories from the Texas Hill Country.” The whole area is at once both one of the most scenic places in Texas and the most haunted, and it continues to defy all efforts to explain it. Here is a place of both natural beauty and supernatural strangeness, the both of which remain intertwined in this vast expanse of rugged wilderness.