House In Haunted Village Goes Up For Sale

A beautiful house has gone up for sale in Pluckley which is a village located in Kent, England. At first glance, it looks like an incredible opportunity for potential buyers, as there is a four-bedroom home, as well several outbuildings on the property and it’s on sale for less than one million dollars ($975,000).

The property, which they call Rose Farm, includes gardens, two greenhouses, a pond, and a beautiful veranda that overlooks the incredible countryside scenery. In addition to the main house, there is also a holiday cottage, a ‘studio’, and a ‘framing shed’ that can be used for other purposes.

To see pictures of this incredible house and the property, click here.

Pluckley has a general store, post office, school, and a church for local residents, so it would be the perfect place for someone wanting to live a quiet life in a small village. But don’t be so quick to write that million dollar cheque, as there’s a tiny catch – whoever decides to buy this gorgeous property will be living in the most haunted village in England. In fact, even the Guinness Book of World Records named Pluckley the most haunted village in the country in 1989. 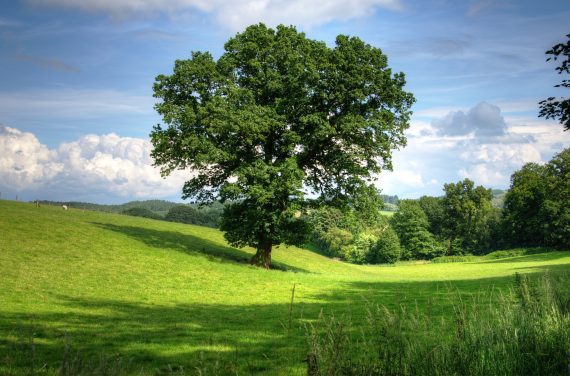 There are several ghosts living in Pluckley with the most famous of them being the ‘Red Lady’. Her apparition appears as a dark-haired woman wearing a bright red gown and is said to roam the St. Nicholas Church’s graveyard looking for the unmarked grave of her child. Other strange events that have happened at the church include the sound of knocking at night and seeing a flickering light. Some believe that the flickering light comes from Lady Dering who was buried in three lead coffins.

There is also the haunted Dering Woods that has been nicknamed the Screaming Woods because of the terrifying screams often heard coming from the tormented spirits of men and women who lost their way among the trees and ultimately died there. 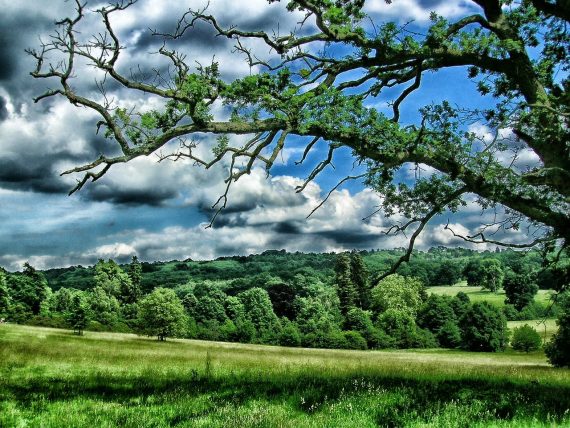 There are countless other sightings within the village. One common sighting is a highwayman who was killed and then pinned to a tree with a sword. Another haunted location is the Blacksmith’s Arms which is said to have three spirits living there – a coachman, a Cavalier, and a Tudor maid.

There is even a haunted bar in the village. The Black Horse pub is said to be home to several ghosts who are known to hide women’s purses, move things on the bar, and sometimes patrons can hear screams coming from an unseen entity.

Those are just a few examples of the numerous ghosts that inhabit the tiny village of Pluckley. In fact, with a population of just over 1,000 people in the village, along with the belief that there are between 12 and 16 ghosts there, that is an average of one ghost for less than 100 living people. While it may seem like a dream come true living in a quiet village on a breathtaking property, there is also the nightmare of sharing your space with several ghosts.