Hair-covered, somewhat human-like creatures are nothing new at all. And, they can be found here, there and everywhere. Just about everyone has heard of the Bigfoot - or the Sasquatch - of the United States. Mono Grande is said to lurk deep in the caves and jungles of South America. The Himalayas are the home of the Yeti, which is also known as the Abominable Snowman. China's hairy wild-man is referred to as the Yeren. Australia's very own shaggy, two-legged beast goes by the moniker of the Yowie. Some researchers have even suggested that incidents involving violent and cannibalistic Bigfoot creatures might have inspired the old legends of the deadly Wendigos. And, then there's the matter of the Hibagon. Say what? Yes, you may very well not have heard of this particular creature, which is claimed to live in Japan, no less.

What is particularly intriguing, but also puzzling, about this affair is that sightings of the roughly five foot tall creature did not really begin in earnest until around the dawning of the 1970s. In pretty much every other location on the planet, however, the lore and legends of cryptid apes dates back centuries. While there is no solid answer as to why the Hibagon seemingly surfaced out of nowhere, that does not detract from the potential significance of the encounters. Let's take a look at some of the witness testimony pertaining to the Hibagon.

The date was July 20, 1970, and the location was Japan’s Mount Hiba, which is situated within the Hiba-Dogo-Taishaku Quasi-National Park. One of the many witnesses to the creature, Yokio Sazawa, said that as he busily dug for sweet potatoes in Mount Hiba’s foothills, something incredible suddenly took place: “All of a sudden, this thing stood before me. It was about five feet tall with a face like an inverted triangle, covered with bristles. Having a snub nose, and large, deep, glaring eyes.”

Another witness to the mysterious ape thing was a man named Albert Kubo. He said of the beast he encountered up close: “I was petrified, but the stench was what really got to me. He must have bathed in a septic tank and dried off with cow dung. I nearly passed out. Luckily enough, though, I managed to turn and run before it realized I was there. I ran five miles straight home without ever looking back over my shoulder.” More than a dozen sightings were made in 1970, with even more following in the period from 1971 to 1974. Reports then tailed off to a significant degree, but then resumed again in the early part of the 1980s, at Mitsugi. This was where a hair-covered ape of broadly human proportions was encountered. Interestingly, the witness reported the animal apparently brandishing a stone axe-like weapon.

Cryptozoolkogist Richard Freeman has carefully studied the reports of the Hibagon and he says the following of the controversy: “What was the Hibagon? The Japanese macaque, or snow monkey, is the only known species of Japanese monkey, and is found throughout the wilder, mountainous areas of Japan. But the macaque is a quadruped and reaches a size less than half that of Hibagon. 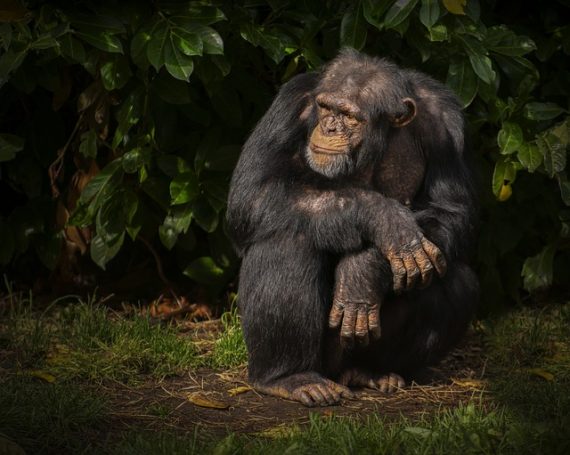 "Another idea,” Freeman continues, “is that the Hibagon was an escaped pet chimpanzee. Exotic pets are popular in Japan and, strange as it may seem, a number of these savage and dangerous apes are kept. Chimps can walk on their hind legs for a while but they are knuckle walkers by nature. This clashes with the description of Hibagon as a bipedal creature.” Thus, we are left with a definitive mystery regarding the true nature of the Hibagon of Japan.