The Loch Ness Monster: just about everyone has heard of it. A large number of people claim to have seen the long-necked, humped leviathan of the deep. Some have even photographed and filmed it. Nessie, as the beast is affectionately known, has been a staple part of the world of the unexplained since 1933, when the phenomenon of the monster exploded in spectacular, planet-wide fashion. Since then, countless numbers of people have flocked to the shores of the 22.5 miles long and 744 feet deep loch, all in the hopes of seeing the elusive creature. Attempts have been made to seek out Nessie with sonar-equipment, aircraft, balloons, and even submarines.

Theories abound as to what Nessie is – or, far more likely and correctly, what the Nessies are. Certainly, the most captivating theory, and the one that the Scottish Tourist Board, movie-makers, and the general public find most appealing, is that which suggests the monsters are surviving pockets of plesiosaurs. They were marine reptiles that became extinct tens of millions of years ago. Or, didn't. Frankly, I think the plesiosaur theory is garbage. The possibility that the monsters are actually giant-sized salamanders holds sway in a few quarters. As does the idea that perhaps massive eels are the culprits. Then there are scenarios involving sturgeon, oversized catfish, and even a camel and a giant frog!

Numerous Nessie enthusiasts, investigators, and authors have spent years – decades, in some cases – pursuing their quarry. They have done so in a fashion that uncannily mirrors the obsessive actions of the fictional Captain Ahab, in Herman Melville’s acclaimed 1851 novel, Moby Dick; or the Whale. But, it’s all, and always, to no avail. No matter the number of days, hours, weeks and years spent, and no matter just how advanced the technology utilized to find the animals might be, it forever ends in failure. After more than eighty years of intensive investigation, the Nessies still evade capture, discovery or classification. Is this all down to sheer bad luck and inept investigations? Certainly not. Rather, it’s a case of people looking for the answers in the completely wrong direction.

Over the decades numerous numbers of books have been written on Nessie. For the most part, they all follow the same path. It’s a path that is becoming more and more weary, predictable, repetitive, and worn, as the years go by. Those same books typically take a near-identical approach: they chronicle the most famous sightings, the chief players in the saga, and the theories that exist to explain the monster – and then they leave it at that.

For me to simply regurgitate all the same old stories at length, and to uphold the same old theories for what the beasts of that massive loch might be, would be pointless. Such a thing has now been done to the point of utter tediousness. And doing so has achieved nothing meaningful, in any way whatsoever. There is, however, demonstrable evidence that the monsters of Loch Ness are of a definitively supernatural – rather than a flesh and blood – nature. Magical rituals, satanic rites, necromancy, dragon-worshiping cults that engage in bloody sacrifice under a full moon, bizarre synchronicities, UFO sightings, encounters with the dreaded Men in Black, and even exorcisms are part and parcel of the phenomenon that has become known as the Loch Ness Monster. As are the creature’s connections to one of the world’s most infamous occultists - Aleister Crowley, who lived at the loch from 1899 to 1913 - to curses, to magicians, and even to a wide range of other strange creatures that also call Loch Ness their home, such as what have become known as "Alien Big Cats." 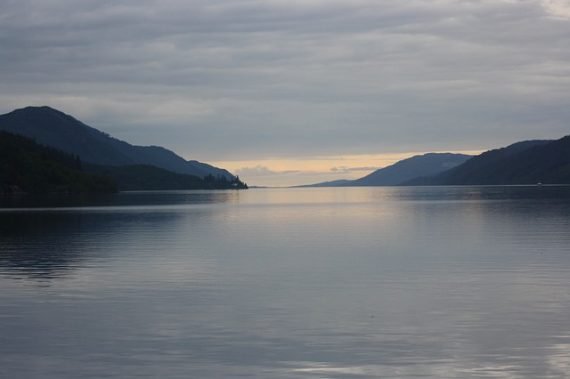 Not only that: one would imagine that most people would love to catch sight of a Nessie. They probably would – at least, until they actually see it. Then, it’s a very different kettle of fish. It’s a curious and intriguing fact that many witnesses react not with amazement, incredulity, or excitement. No, the response to encountering a Nessie – and particularly so up close and personal - is very often an acutely different one. People talk of the beast being “an abomination,” “something abnormal,” “a loathsome sight,” and “something which still haunts us.” Others have commented that after seeing the creature, “we were all sick.” That they felt “appalled.” That “my dog…lie crouching and shivering.” One said: “I never wish to see the like of it again.” There is, then, something decidedly wrong about the Loch Ness creatures; something which provokes reactions far beyond those one might expect – even when encountering something fantastic and unknown.

Without doubt, strange and sinister things lurk in the deep and turbulent waters of Scotland’s most famous loch – and have done so for centuries upon centuries, maybe for even longer. But, here’s the important factor: they are not what you may think they are. They just might be the most nightmarish and malignant things you could possibly ever imagine. There can be no doubt that the tales of the creatures of Loch Ness have caught peoples’ attention on a truly massive scale. That same attention, however, is provoked not just by the tales of the monsters, but by the loch itself, too. To say that Loch Ness has an air and atmosphere of mystery and intrigue about it is an understatement. The gigantic loch is steeped in legend, folklore, mythology and history.

It lies along a huge fault line called the Great Glen Fault, the origins of which date back literally hundreds of millions of years. The fault runs through the similarly named Great Glen, which includes Loch Ness, Loch Lochy, Loch Oich, Loch Linnhe, the River Ness, and the River Lochie. Loch Ness is home to a near-magical-looking 13th century structure called Urquhart Castle, which would not look at all out of place in the next Lord of the Rings movie. The ruined castle’s large, stone, Grant Tower overlooks the mysterious and dark waters of the loch, just as it has for centuries. It provides an excellent view of the deep, mysterious waters that harbor something brooding and abominable. The ancient history of the castle is dominated by warfare, death, and tribal confrontations.

Cherry Island – a man-made slab of land on Loch Ness – was, in the 15th century, the domain of a long gone castle. When the castle went, so did its legends and lore. A now submerged island, Eilean Nan Con, in the Gaelic language - and which translates to “Dog Island” in English - was the home of vicious packs of hunting hounds. Quaint, and largely unchanging, old villages and hamlets surround the huge body of water. The ways and beliefs of times long gone still persist among the locals. Thick and expansive woods surround the loch, provoking wonder and awe at what secrets they might hide. Huge, green slopes dominate the entirety of the loch. And as for those waters that hold so many monstrous secrets, they contain more freshwater than every other lake in Wales and England combined. No wonder, then, that Loch Ness has a reputation for being a lair of beasts.