More On The Deadly Dangers Of UFOs, Part 1

My previous article was on the subjects of (A) how the UFO phenomenon might be a threat to our physical and mental health; and (B) why the Men in  Black might not be bad guys, after all. Rather, they just might actually be good guys trying to warn us of the hazards that the same phenomenon might pose. I thought I would follow-up that article with a two-part one which graphically demonstrates the dangers that UFO entities and their powers might pose. We have to go way back to November 25, 1991. On that date, Ray Boeche - a priest and a former State-Director with MUFON (the Mutual UFO Network) - had a very strange meeting at Lincoln, Nebraska's Cornhusker Hotel. It was a meeting with a couple of guys who were working on a highly classified program within the U.S. Department of Defense. Now, with that said, I'll hand the story over to Ray himself, who I extensively interviewed for my Final Events book. Ray told me:

"I found it interesting because they had contacted me at work, and I have no idea how they tracked me down there. But, they wanted to know if we could get together and have lunch to discuss something important. I met them for a brief period of time on that first meeting, and then they said: ‘We’d like to get together and have a longer conversation.’ I arranged a time and it was quite a lengthy discussion: probably three and a half hours. And that’s how it all came about. After the meetings, when I was able to verify that the men held the degrees they claimed to hold, and were, apparently, who they claimed to be, I was intrigued and excited at the possibility of having stumbled on a more or less untouched area which could be researched. But I was also cautious in terms of ‘why me?’

"Initially, I suppose I was apprehensive and curious. I had no way of knowing before our face-to-face meeting if there was any legitimacy to this at all. I wasn’t given any information at all before our meeting, just the indication that they were involved in areas of research I would find interesting, and that they had some concerns they wished to discuss with me. Both men were physicists; I’d guess they were probably in their early-to-mid fifties, and they were in a real moral dilemma. Both of them were Christians, and were working on a Department of Defense project that involved trying to contact the NHE’s ["Non-Human Entities," as the pair called what most people refer to as "aliens"]. In fact, this was described to me as an ‘obsessive effort.’ And part of this effort was to try and control the NHE’s and use their powers in military weapons applications and in intelligence areas, such as remote-viewing and psychotronic weapons. 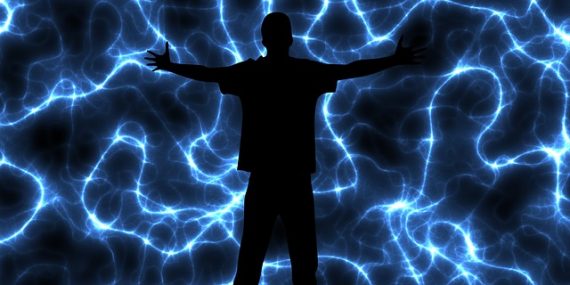 "They believed that the NHE’s were not extraterrestrial; but were some sort of demonic entities. And that regardless of how benevolent or beneficial any of the contact they had with these entities seemed to be, it always ended up being tainted, for lack of a better term, with something that ultimately turned out to be bad. There was ultimately nothing positive from the interaction with the NHE entities. They felt it really fell more under the category of some vast spiritual deception instead of UFOs and aliens. In the course of the whole discussion, it was clear that they really viewed this as having a demonic origin that was there to simply try and confuse the issue in terms of who they were, what they wanted, and what the source of the ultimate truth is. If you extrapolate from their take that these are demons in the biblical sense of the word, then what they would be doing here is trying to create a spiritual deception to fool as many people as possible. From what they told me, it seemed like someone had invoked something and it opened a doorway to let these things in. That’s certainly the impression they gave me."

Ray told me that his informants said the "doorway" was opened by none other than Jack Parsons, a brilliant figure in 1930s-early 1950s rocketry. He was a man with a Top Secret clearance with the military, and a devotee of Aleister Crowley. Ray expanded on this: "They said that was the genesis of this. Was this a doorway that was opened by Parsons to allow these demonic entities in? Or did Parsons give someone else the idea that maybe someone in the government should look into this? That was one of their big concerns: that in order to try and accomplish some sort of military advantage, demonic things - masquerading as aliens - had been contacted and forces had been unleashed that were not going to be able to be controlled for very long; or, at least, were not going to be able to be bent to the will of whoever started this project. Satanic rituals, ritual magic and even human sacrifice were all mentioned as being linked with the project. They were convinced the work had to stop.

"They never revealed how it was all initiated in the beginning; but the situation today did, they said, go back to Parsons. I was never able to get an exact point of origin of these sorts of experiments, or of their involvement, and when they got started. But I did get the impression that because of what they knew and the information that they presented, they had been involved for at least several years; even if the project had gone on much longer. They were concerned that they had undertook this initially with the best of intentions; but then as things developed they saw a very negative side to it that wasn’t apparent earlier. So, that’s what leads me to think they had a relatively lengthy involvement.

"They didn’t just think that this was a spiritual deception; but that it was possibly something leading to a final deception. In their view – which, theologically, I don’t particularly hold – they viewed things much more like that of [Tim] LaHaye and [Jerry B.] Jenkins in the Left Behind book-series: the anti-Christ will appear, then we are fooled, and Armageddon will then be triggered. That seemed to be their personal feeling about the whole scenario." 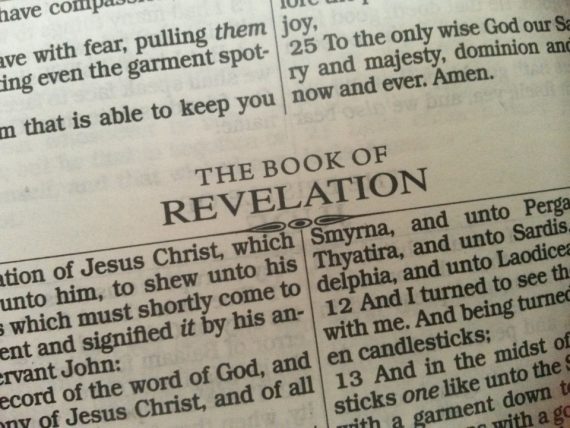 Ray added: "I tend to take the view that a lot of those prophecies in the Book of Revelations were fulfilled with Rome’s destruction of Jerusalem. I don’t think there is any way to deny that orthodox Christianity teaches a physical return of Christ; but that is always considered to be the church’s great hope: Christ’s returning, a triumphant return. So, from that point of view, the Left Behind mentality – that Armageddon is a terrible thing – and that you want to push off as long as possible, to me doesn’t really hold; at least in the historical sense. Christ’s eventual return is the culmination of this age and this world; so it’s not something to fear. It’s something to be welcomed. But it was viewed by the DoD like that, and as a final-battle scenario. Their other big fear in the whole thing was: if you have these types of entities who will present themselves as extraterrestrial beings, how is that going to affect the spiritual outlook of the people? Will it sway people from a belief in Christ? Would it have that sort of a spiritual effect?

"Their position was that these entities are the origin of a lot of the UFO reports; a lot of the abduction phenomena, and the cattle mutilations; and that they are able to interact physically with us in our world. I was never told how they knew, but the guys knew that there was wreckage of non-earthly origin at Roswell. And I remember asking them specifically in a later conversation: ‘How do you know this? And how does it happen that a demonic force can also interact physically?’ Their response was to me was: ‘You’re a pastor; you’ve studied theology. Go back to the Bible and look.’

“Well, that set me on months trying to piece this together in my own mind. Scripture refers to Satan as the prince of this world and the prince of the powers of the air. I deduced that there could be a precedent: a logical precedent based on scripture that demonic forces can in some way influence the physical world. So, given that that’s the case, could they create something? Could they somehow pluck matter from somewhere else – a different planet, a different galaxy that was so different from Earth that it’s going to be something recognized as not coming from here? Could they manufacture or create a physical object or wreckage – deliberately - to make us fall into the trap of believing that something extraterrestrial had fallen from outer space? A staged crash: to make us fall into the deception that they are extraterrestrials. That was the scientists’ conclusion. One of the things that made me believe there could be some sort of physical interaction is the mention of the Nephilim in Genesis in The Bible. Whatever these other worldly beings were – angels, fallen angels – they were able to interact physically and create some sort of progeny here on earth.

"Most of it was related to psychotronic weaponry and remote viewing; and even deaths by what were supposed to be psychic methods. They said that these entities are really the ones who were behind whatever actions the people working on the project thought they were able to perform themselves. It seemed that the project was allowed to assume that it had somehow technologically mastered the ability to do what the NHE’s could do: remote-viewing and psychotronics. But in actuality it was these entities doing it all the time, or allowing it to happen, for something that suited their deception. With both psychotronic weapons and remote-viewing, I was told that the DoD had not really mastered a technology to do that; they were allowed by the NHE’s to think that this is what they had done. But the NHE’s were always the causal factor."

Part-2 of "More On The Deadly Dangers of UFOs" to follow...