More On The Deadly Dangers Of UFOs, Part 2

The first part of this article told (in his own words) the strange saga of a man named Ray Boeche. Part-One started as follows: "My previous article was on the subjects of (A) how the UFO phenomenon might be a threat to our physical and mental health; and (B) why the Men in  Black might not be bad guys, after all. Rather, they just might actually be good guys trying to warn us of the hazards that the same phenomenon might pose. I thought I would follow-up that article with one which graphically demonstrates the dangers that UFO entities and their powers might pose. We have to go way back to November 25, 1991. On that date, Ray Boeche - a priest and a former State-Director with MUFON (the Mutual UFO Network) - had a very strange meeting at Lincoln, Nebraska's Cornhusker Hotel. It was a meeting with a couple of guys who worked on a highly classified program within the U.S. Department of Defense. Now, with that said, I'll hand the story over to Ray himself, who I extensively interviewed for my Final Events book."

And here, in Part-Two, are Ray's words on what was undoubtedly the most disturbing - and even deadly - part of the story. Why so? Because it all ended in three strange and violent deaths. Back to Ray: "They showed me a dozen photos of three different people - four photos of each person, who had apparently been killed by these experiments. These were all postmortem photographs, taken in-situ, after the experiments. The areas shown in all of the photographs were like a dentist’s chair or a barber’s chairs; and the bodies were still in those positions, sitting in the chairs. Still there, with EEG and EKG leads coming off of them; and I believe that one had leads to their head. They were all wired. 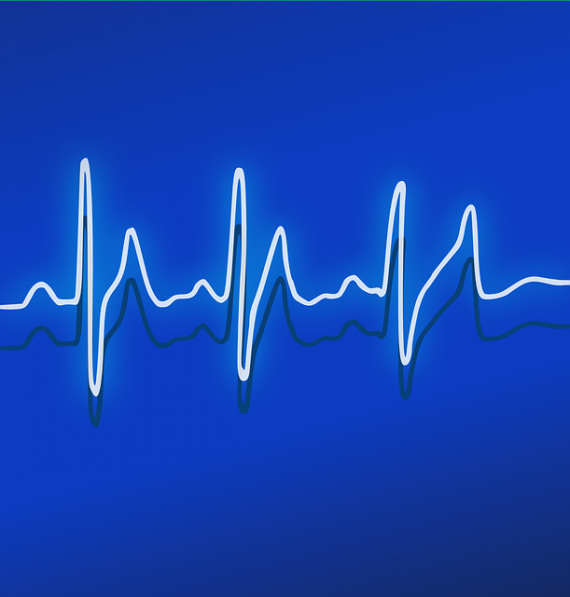 "It was a very clinical setting, and there was no indication of who they were. It was a very disturbing sort of thing. And I’m thinking in the back of my mind: if these are real, who would they have gotten for these experiments? Were they volunteers? Were they some sort of prisoner? I have no idea. Were they American? Were they foreign? There was no way to tell.” Ray told me that the three deaths were caused by a “remotely induced” fatal heart attack;  a “remotely transmitted head trauma” and “remotely controlled suffocation. The deaths and heart attacks were allowed to happen because it served the NHE’s goals: the deception that they were aliens trying to help us and give us this advanced technology."

As for why Ray was contacted, he told me: "The impression was that it was to test the waters; that’s what they told me. They had read some of my stuff; and they knew that I’d become a pastor and that I had a Christian viewpoint from which I could view these things. And they were concerned morally and ethically that they had allowed themselves to be duped into doing this research; and it had taken such a turn. My concern was always that: why come to me? Who am I? I can’t do anything for you. I’m happy to evaluate it as best I can; but if you have this concern why not go to a Christian leader with a lot more clout and public visibility than I’ve got? But that was their reason: they were aware of the research I had done on a lot of things; that I could approach it from a Christian viewpoint; and that it was more of a moral dilemma for them. They wanted the information out there. But, to me, I have to think: is any of this accurate? On one hand, is this a way to throw disinformation out? But, on the other hand, I think that even if they wanted to just spread disinformation, they could have done it with someone a lot more influential than me. "As a pastor and someone who’s trained as a theologian, I can’t come to any other conclusion than there is some sort of spiritual deception going on here. In so many of these kinds of alien contacts, they make a denial of Christianity: anytime the spiritual issues are addressed, there is always some sort of denial of the validity of Christianity, and the validity of The Bible. And, I find it interesting that these percipients are told that Jesus was a great guy; but you just misunderstood him. They say: he wasn’t really God’s son. You just don’t quite get it. But you never hear them say that about Buddha, or Krishna, or Mohamed. It always seems to come down to some sort of denial of Christianity. I mean the percipients of contactees, abductees and the NHE’s engage them in spiritual discussions – but it’s always one-sided. I would have a lot less suspicion for the potential of the demonic nature of these things if they were to say: ‘You guys are all screwed up, that all of your spiritual leaders had some good ideas; but none of them really got it. It’s a big mess.’ But it seems to be so specifically pointed at the Judeo-Christian tradition. It certainly seems to me like it’s the two genuine forces squaring up against each other.

"I think that some people have a sharper sense of sight; some have a sharper sense of hearing, or touch. I think there are people who have an ability to somehow have some sense stimulated and be aware of something that the majority of people aren’t. These are people just better gifted in some way than others. This is a thorny thing to dissect because there are definitely demonic influences generally. They do want to deceive us. I’m hesitant to paint with too broad a brush and say that everything can be attributed to them. I think there are too many theologians, Christians, who want to see a demon behind every rock. But I think the demonic world is real. But one of its principle goals is to deceive us. Does that negate the existence of some sort of extraterrestrial intelligence? I don’t think so. I think, though, that the extraterrestrial hypothesis is too simple an explanation. I have come into contact with too many cases that go so far beyond that; where there are so many strange effects that are left in the lives of the percipients that to me seem to say this is E.T. is too simplistic for so many of these things.

Ray's final words: "A valid way to distract people is the two camps: the E.T. believers and the skeptics, while the real story is buried. The more distractions you can make, the easier it is to keep people from hitting on what’s actually important. That’s what so confusing about the whole thing. I’ve been involved in this since 1965 and this is the most bizarre stuff I’ve ever run across. I didn’t know what to make of it then and I don’t know what to make of it now."