Multiple Reports and Air Traffic Recordings of UFOs Over Ireland

The Irish Aviation Authority is investigating a series of unexplained sightings reported by pilots flying over Ireland’s west coast last week. The incident began on Friday, November 9 when Shannon Air Traffic Control received a call from a British Airways Boeing 787 pilot flying from Montreal to Heathrow. Around 6:47 a.m. local time, the pilot radioed in to ask air traffic controllers if any military exercises were taking place at the time after he says his plane was buzzed by a “really bright light” which intercepted his plane before zooming away to the north “at a very high speed.”

Two other planes also reported witnessing similar objects in the area around the same time. Audio of those interactions between pilots and Shannon Air Traffic Control have been posted to YouTube. A nearby pilot can be heard suggesting that the objects may be meteors entering the Earth’s atmosphere, noting that multiple bright objects were following the same trajectory. A third pilot then joins in, adding “Glad it wasn’t just me.”

In response to those sightings, the Irish Aviation Authority issued the following statement to the Irish Examiner:

Following reports from a small number of aircraft on Friday 9th November of unusual air activity the IAA has filed a report. This report will be investigated under the normal confidential occurrence investigation process.

We could very well never know what it was these pilots saw given the lack of any other evidence. Still, this incident adds to the growing body of recent sightings documented by recordings between pilots and air traffic controllers. Do these suggest some type of high strangeness going on overhead, or possibly that the skies aren’t quite as friendly as they used to be? 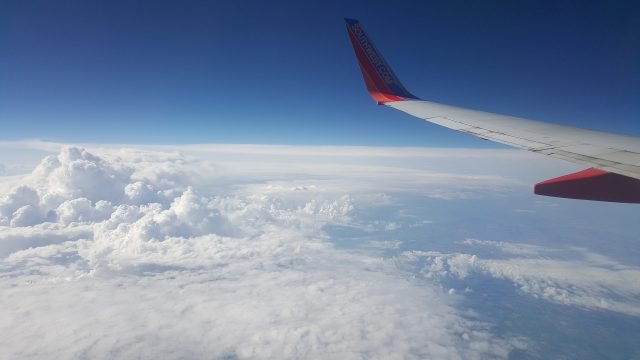 I always tend to side with theories which pin UFO activity and anomalous sightings on military activity or new types of unknown or unmanned aircraft. Given the somewhat testy geopolitical climate of today, it could be merely that we’re getting glimpses of things to come: hypersonic and space-based warfare, governmental misdirection, and a whole lot of confused civilians on the ground.