My Conclusions on the Chupacabra

I've written a few articles recently on the chupacabra and, as a result, I thought I would share with you my conclusions on the phenomenon, which began in Puerto Rico in the mid-1990s and then spread to the United States, Central America, and South America, as the years progressed. My personal quest to determine the truth of the chupacabra has been an extraordinary – and an extraordinarily weird - one. I've now been to Puerto Rico close to a dozen times. And on each occasion I have uncovered something new and intriguing. Having reviewed all of my old files, notes, interviews, and photos, it’s time for me to try and come to some form of conclusion, a resolution, a closure – if such things are even possible. I’m not altogether sure they are, but I am willing to give it a try.

I guess the first thing I learned, above all else, is that the only way to get the answers is to go looking for them. Yes, the Internet is a great resource tool; it provides a huge amount of data on the chupacabra – whether in the Central America, Puerto Rico, or elsewhere. What the Internet does not do, and cannot do, however, is to provoke or provide the unique sense of wonder that comes from sitting across from a real, living, breathing, person who tells you of their face to face encounter with something terrifying, deadly, and inhuman. The Internet is very impersonal, too, in the sense that it has no real ability to encourage people to speak of their encounters. Getting to know the witnesses, gaining their confidence, and demonstrating that your reasons for wanting to discuss and share their experiences are worthwhile and valid ones, can really only be achieved in the field – which just happens to be one of my favorite places to hang out. 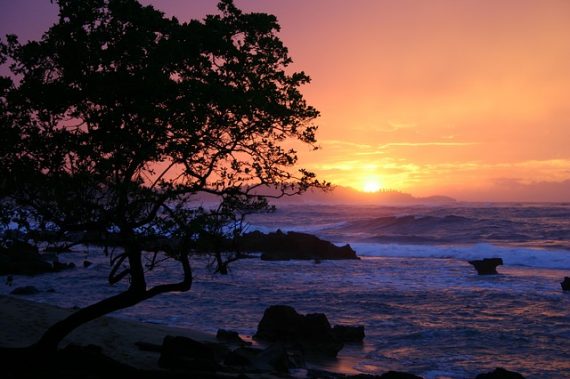 So, what have my approximately fourteen years of exploration revealed to me? I’d say: a hell of a lot. Some of the information that I have uncovered has vindicated my thoughts and theories on the nature of the beasts. Other data has radically altered many of my assumptions and ideas. All of it, however, has allowed me to see that the reality of the situation is far different to that which many have suggested. Has that made the picture any clearer, in regards to what’s going on?

The most important thing that my research has demonstrated is that the chupacabra is not definable as one kind of creature or as a single phenomenon. Quite clearly, and despite the widespread assumptions that exist, the Puerto Rican beast is very different to those of Texas, Oklahoma, Mexico, and elsewhere. While both entities have predilections for attacking small animals, the bipedal, spiked, and possibly even winged, animal of Puerto Rico is obviously not a hairless, mutated coyote. And vice-versa!

So, what are we dealing with? In terms of the Texas chupacabra, I firmly believe that cryptozoologist and Texas musician Ken Gerhard may well be on the right track with his theories that the Lone Star State’s creepy canids could be born out of catastrophic exposure to certain, polluting mutagens (you can find Ken's thoughts at this link). We just might be seeing the emergence of a creature that is radically, and with phenomenal speed, being transformed from its original form into…something else.

As far as the Puerto Rican creature is concerned, matters are very different – as I see things, anyway. My extensive time spent on the island has led me to conclude that trying to pinpoint the chupacabra as just one thing is not just impossible; it’s also disingenuous to do so. That occultists may have exploited the legend of the creature – to help mask their secret, sacrificial rites and rituals – is something I find to be highly likely. Indeed, I have come across a number of rumors of animals drained of blood on Puerto Rico. But, not drained by the chupacabra. Rather, by occultists using the legends of the monster as a convenient cover for their sacrificial rites.  That a number of encounters may have been due to the presence of wild, rogue, monkeys – a scenario I came across time and again – is also something I do not dismiss. And, that large cats are known to have been on the loose on Puerto Rico, suggests to me their actions probably account for at least a few attacks attributed to the chupacabra. The same goes for the huge presence of wild dogs on the island. But, there’s clearly far more afoot, too.

Despite what the naysayers might spout, I absolutely believe that a core body of reports do demonstrate the presence of a genuinely unknown creature on Puerto Rico. A number of accounts still stand out for me, years after I was first exposed to them. It’s difficult to suggest any kind of conventional explanation for the creatures that the witnesses encountered and were confronted by – and at such closes quarters, which gave them the ability to see the beasts, right before their very eyes. It should be noted, though, that I don't personally believe the one thing that so many people bring up in conversation. Namely, the matter of the chupacabra living on blood, in vampire-style. 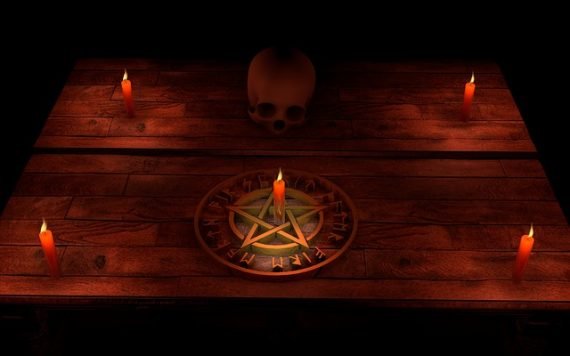 On every occasion I have been to Puerto Rico, I have heard wild tales of farm animals drained of massive amounts of blood, of the beast sucking the poor animals dry. I spoke to veterinarians, ranchers, police-officers, and more. They had all heard of the "blood-sucking" activities of the chupacabra. Unfortunately, not a single case could be proved genuine. Ever. Yes, animals were certainly found dead, having been attacked in violent fashion. But, of the 5 or 6 veterinarians I spoke with, while they all knew of the tales, they suggested a far more likely explanation: when an animal dies, the blood sinks to the lower parts of the body. So, it appears as if the animal is lacking in blood when it's really just displaced. I was also allowed access to some of the official reports prepared by those same veterinarians (and translated for me by our guides). They all concluded that despite what was being said, the victims were not missing huge amounts of blood: it just seemed that way.

Then there are those conspiratorial stories that so often came my way; those of a connection between the chupacabra and UFOs, of escaped Rhesus macaques being mistaken for chupacabras, and of giant, mutated bats. Are they simply modern day myths, friend of a friend tales, and the kinds of stories that surface and flourish just about everywhere in the face of deep mystery, fear, paranoia, and hysteria? They might well be. My conclusions? The Texas chupacbara (as it is so often termed, even though it has been seen in numerous U.S. states) is a victim of mutagens. As for the beast of Puerto Rico, I consider it to be real (albeit presently unidentified), but a vampire it is definitely not.

NASA Equipment Seems To Be Dying All At Once