What's the difference between a monster and an animal? You could say that monsters don't exist and animals do, but that's not a great answer. If you had no idea tigers existed and came upon one in the jungle, as you stared into the cold, hyper-intelligent eyes of an 800 pound ruthless killing machine, nothing in the world could convince you that monsters aren't real. Back when the world was big and the oceans uncharted, explorers wrote about sea monsters. We look back and laugh at our ignorant ancestors. What nonsense. Those "sea monsters" were clearly just giant squid, or Greenland sharks, or blue whales, or any number of impossibly large, impossibly strange, and impossibly intelligent animals that live in the water. The difference between a monster and an animal is actually pretty simple. Monsters are animals we haven't yet named.

Earlier this year, we reported on a series of violent attacks on flocks of sheep by an unidentified, supposedly bloodsucking creature in the Indian state of Odisha. Now there are reports of attacks on people by another mysterious and, as of yet, unidentified animal in the nearby state of Maharashtra. According to the Times of India, at least 12 people have been injured by this creature in the village of Dapodi.

Kailas Pawar, a 35-year-old man and resident of Dapodi, was attacked in his sleep. He sustained major head injuries and received 45 stitches. The others injured were all non-residents of Dapodi but were mostly there working in the cane fields. They were all also attacked in their sleep. According to Nanda Bhandvalkar, sarpanch—a sort of go-between for village residents and government officials—of Dapodi village:

“The attack occurred between midnight on Sunday and 5am on Monday. Most of the people stay in small huts. As the nights have been warm, most people have been sleeping outside their houses. that's how they were targeted by the animal."

Whether this monster has a name yet is still up for debate, with opinions split on what the nature of this beast is. Nanda Bhandvalkar says that animal is most likely a leopard, as the leopard population in the area is large and one of the big cats was recently spotted in a nearby village.

Others disagree, including forest ranger M N Hazare, who says not only would this be uncharacteristic of a leopard, but none of the victims have been able to identify the animal when shown pictures of various suspects:

"We showed the injured people photographs of leopards, hyenas, and even foxes, but they could not identify it. They only said that the animal was larger than a dog.  Leopards normally attack their prey and drag them, but this has not happened here. A hyena does not attack people sleeping in groups. So we are not able to ascertain which animal attacked so many people.

This is flat terrain. There is a jungle along Bhima river, about 10-12 km away. We don't think a leopard would have come this far away." 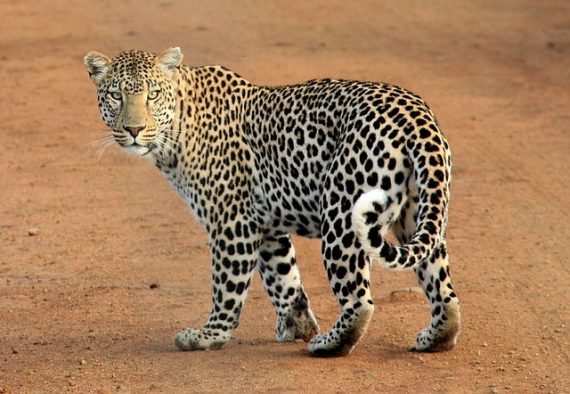 If this dude gave you a wake-up-call that resulted in 45 stitches, you'd probably be able to pick him out in a line-up.Officials have set traps to catch this creature, whatever it is. In the meantime, villagers have been warned against sleeping in the open and advised to carry torches with them at night, travel in groups, and play loud music from their cell phones while they're outside at night.

For the record, anything that attacks you while you're sleeping is absolutely a monster.

Russia Plans a Moon Base Staffed by Avatars