NASA Equipment Seems To Be Dying All At Once

Dawn is dead. Kepler is dead. Rover is missing and presumed dead. This is not the opening scene of a new murder mystery … it’s the news coming out of NASA as it reports the recent demise of many of its most famous and productive spacecrafts and space equipment. Why do they seem to be dying all at once? Something is killing the great crafts of NASA … and it may not necessarily be old age.

“Following an analysis of the progress of the listening campaign, NASA will continue its current strategy of attempting to contact the Jeep-rig Opportunity during the foreseeable future. The winds may increase over the next few months on Opportunity's location on Mars, resulting in dust being torn from the vehicle's solar panels. The agency will reassess the situation in January 2019.” 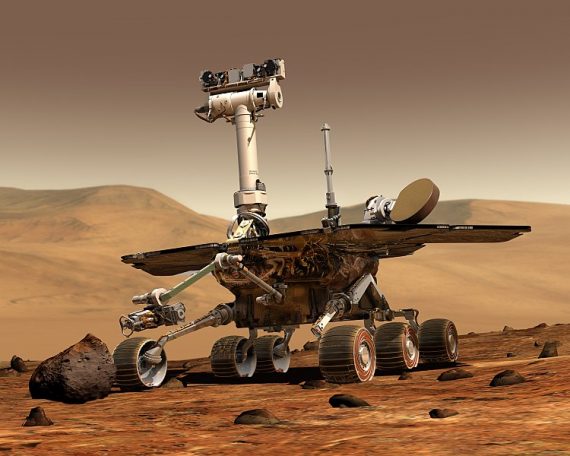 The Opportunity rover has been on Mars since January 2004 and its original 90-day mission has been constantly and surprisingly extended annually as it broke the record for the longest distance driven by any sort of wheeled vehicle on a space body other than Earth. Then the dust storm hit. While Opportunity has obviously survived plenty of Martian dust storms, this on in June was apparently the Mother of all Martian Dust Storms and the thick layer of particles on its solar panels have prevented it from recharging its batteries. Even though NASA is giving its overachieving rover until January 2019 in hopes that another dust storm will blow off the panels, the first people on Mars may be looking over their dead dog rover.

An even bigger loss is the death of another overachiever – the Kepler space telescope. Launched in March 2009, Kepler outlasted its original 3.5-year mission and solidified its place in the space hall of fame by discovering 2,681 exoplanets. It also survived devastating injuries that would have ended the season of other space players (get ready … more football references coming) – Kepler lost two of its four orientation-maintaining reaction wheels and was put on the disabled list. NASA's team doctors got it back in the game by using the remaining wheels and gave it a new playbook called K2 where it found more confirmed exoplanets and 2,900 waiting for likely confirmation. Unfortunately, Kepler finally ran out of fuel and NASA forced its retirement this week, shutting everything down but leaving it on the playing field in a safe orbit around Ceres.

Running out of gas has also put Dawn out of commission. After missing two scheduled check-ins this week, NASA announced that Dawn is now a sunset and its asteroid-visiting days are over. After being launched in September 2007, Dawn traveled 4.3 billion miles (6.9 billion km) on its cosmic road trip, stopping first at Vesta, the second largest rock in the main asteroid belt, and then taking on the belt’s #1 asteroid and dwarf planet Ceres, where it will now orbit in perpetuity. Mission Director and Chief Engineer Marc Rayman pointed out in a press release/obituary that Dawn leaves behind a huge collection of data still to be examined.

"The demands we put on Dawn were tremendous, but it met the challenge every time. It's hard to say goodbye to this amazing spaceship, but it's time."

So, these three space stalwarts may have been senior citizens but they acted more like the cosmic version of “60 is the new 40,” outperforming their younger counterparts and turning up their nose cones at retirement. That explains why Dawn and Kepler ran out of fuel – no one expected them to be around this long. On the other hand, Opportunity was more like they guy who says “If I had known I was going to live this long, I would have taken better care of myself” when he realizes he should have exercised enough to run behind a rock and out of the dust storm. They’re all proof that NASA can and does build some really good stuff.