Our Alien Kindred: The History and Evolution of the Extraterrestrial

"In the beginning," so it is written, "God created the heavens and the earth."

Sometime after that, humans came along in this cosmological origin story too (although I would wager that this occurred more than just a few days later, despite what the text quoted above has to say about it). Thereafter, we spent ages bumbling around on our little mudball, during which the rise and fall of chiefdoms, city-states, and civilizations occurred, along with countless wars and conflicts over land disputes, material shortages, kidnappings, killings, and the like.

At some point, things seemed to have calmed down a little--agriculture certainly helped with this, as did the formation of laws and governance--and humans finally had time to rest, and perhaps more importantly, to think. After a few thousand years of contemplation along these lines, finally, within the last few hundred years or so somebody had the idea that we might not be the only ones the Big Guy upstairs took the time to bother to create... if you prescribe to that sort of thing.

Formation of the idea that there might be inhabited worlds beyond our own first required understanding that Earth is, in fact, a round planetary body in space, and that several others exist in our cosmic neighborhood, all encircling our sun (hat tips are in order here for Galileo, Kepler, Pythagoras, Eratosthenes, and various others who contributed to such thought over the ages). In light of this, the idea of leaving Earth to visit nearby celestial bodies has actually been around for quite a while: mention of such things as travel to the moon had already been left to posterity as early as the second-century in Lucien's satires, and a few centuries thereafter, philosophers were seriously debating the idea of whether other planets existed, and what kinds of "people" might reside there ("Cosmic Pluralism," in other words).

By the 17th century, discussion of such likelihoods had become fairly commonplace. Eighteenth-century writers of no less esteem than Washington Irving and François-Marie Arouet (or Voltaire, as he's better known, for those of you who slept through French Enlightenment history) had written stories where anthropomorphic "aliens" visited Earth. 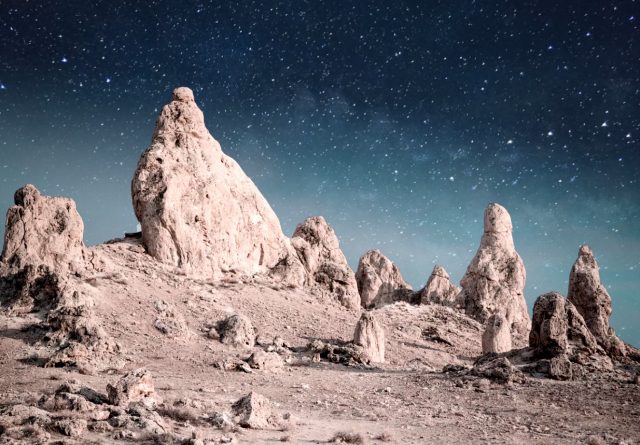 There were a number of consistent themes in early science fiction writing about aliens. In particular, aliens were generally anthropomorphic (that is, they resembled humans), and were often even referred to as "people." In fact, for some authors of alien fiction, these beings didn't merely resemble us: visitors from other worlds actually were humans. This isn't hard to imagine, given consideration that prior to the publication of Darwin's The Origin of the Species in November 1859, concepts like evolution would have been remote, to say the least. In times prior to Darwin's influence, the notion that humans were literally "made in God's image" was more widely accepted; hence our human shape and form had been divinely inspired, not as a result of adaptations to our environment over long stretches of time.

It only stood to reason, then, that if God made us in his image, and that we lived on a planet orbiting the sun, then perhaps there were other "people" made by God, who lived elsewhere in the universe on alien planets similar to ours. Thus, the theological concept of "aliens" still entailed beings that were essentially human. Authors whose written works followed Darwin's widespread influence reflected themes of evolution and adaptation in relation to the alien concept, such as Camile Flammarion's 1862 work, The Plurality of Inhabited Worlds.

Decades later, H.G. Wells pointed us in a less anthropocentric direction with the octopoidal Martian invaders featured in his The War of the Worlds. The inclusion of tentacled antagonists set a new precedent for how alien life would look in the fiction of the years to come; however, rather than diversifying as Wells did, and allowing their aliens to take other unusual shapes and forms, many writers simply followed suit and incorporated tentacled, squid or octopus-like aliens into their own work (even H.P. Lovecraft, for all his imagination, appeared to strongly favor this motif). There are some notable exceptions, of course (insectoids, bodiless brains, symbiotes, robotic beings, etc), but the "tentacled alien" is a trend that nonetheless continues today, as seen in films like The Arrival and countless other stories. 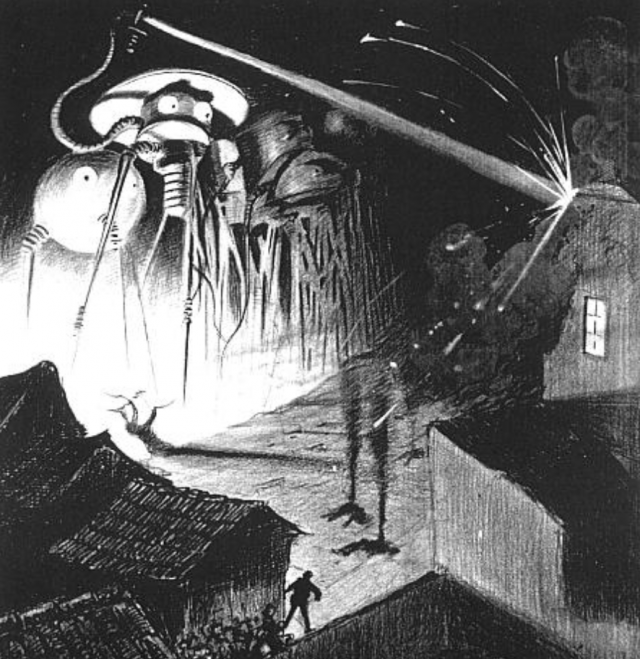 extraterrestrial (adj) also extra-terrestrial, "occurring or originating outside the Earth," 1812, from extra- + terrestrial. As a noun from 1956.

While OED gives us the correct definition, there are a few things to point out about the history given here; they provide a rather obscure, earlier date of 1812 for the origin of the term (without further context or reference to where this occurred), and later its appearance as a noun in 1956. As far as finding the earliest print appearances of this expression (and specifically in relation to alien life), once again we must return to Wells, who after giving us the first non-anthropomorphic aliens in popular fiction, also seems to have been the first popular writer to gift us with a new term for them. The passage below appeared in the third chapter of The War of the Worlds, entitled "On Horsell Common," where we can see that Wells was using the word more than half a decade earlier:

'It required a certain amount of scientific education to perceive that the gray scale of the Thing was no common oxide, that the yellowish-white metal that gleamed in the crack between the lid and the cylinder had an unfamiliar hue. "Extra-terrestrial" had no meaning for most of the onlookers.'

It is possible that the earliest use of a non-hyphenated, nominative variant of extraterrestrial didn't appear in print until the 1950s, although L. Sprague de Camp also appears to have used the expression in 1939 in an article, "Design for Life (Part 1 of 2)," which was first published in the May 1939 issue of Astounding Science-Fiction (this was actually one of two pieces de Camp published in that issue, although his other contribution, a short story called "Employment," was published under a pseudonym due to the magazine's policies against publication of more than one contribution by an individual within a single issue). It was also de Camp who first shortened Wells' term into the popular acronym "E.T." as seen today, and borrowed famously by Steven Speilberg for his famous film of the same name.

So while it does appear that Wells was first to use the hyphenated form of the word in popular literature in 1898, there is one other noteworthy example of a similar concept that does come to mind. In the 1885 preface to his Beyond Good and Evil, philosopher Friedrich Nietzsche also uses the term "super-terrestrial," although not in reference to the idea of biological alien life (I happened to notice Nietzsche's use of this expression quite apart from any research for this article, and so admittedly I find it to be novel, albeit not particularly relevant to our search for the etymological origins of extraterrestrials in the English language. Also keep in mind that Nietzsche would have written the word in German, appearing as überirdischen, which directly translates to mean "unearthly," or in the context in which he used it, might also be taken to have meant "supernatural." In my estimation, the translation of this word into "super-terrestrial" had been a selective interpretation made by the translator, who in this case would likely have been Helen Zimmern, whose first English translation of the book appeared in 1906. Thus--spake Zarathustra?--we might even stretch a bit further to speculate that Zimmern could even have read Wells' The War of the Worlds, and had come across his use of "Extra-terrestrial," which for all we may know could have influenced her later translation of Nietzsche... so in essence, the point is still awarded to Wells for this one).

But why is there any need for a further distinction between "alien" and "extraterrestrial" in the first place? Actually, if we look back at Wells' first use of the word, he wasn't referring explicitly to a biological alien entity, per se: he had been using the term in relation to the description of "the gray scale of the Thing," which "was no common oxide," and also "the yellowish-white metal that gleamed in the crack between the lid and the cylinder". In other words, Wells described the appearance of the cylindrical vessel in which the invading Martians have arrived. Quite obviously, it had been later authors that would begin to use the term in relation to alien beings themselves. 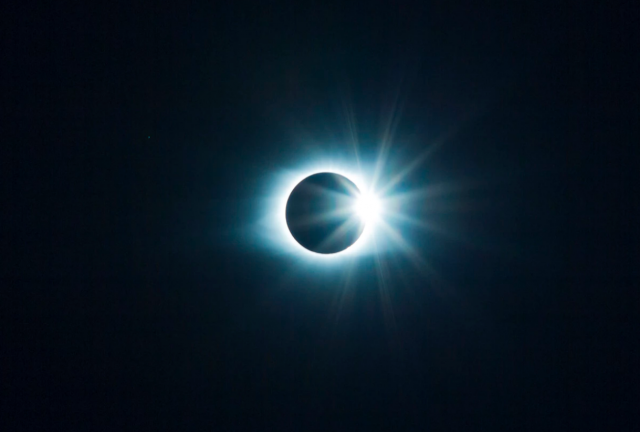 And for such authors, another reason for the "shift" might be that the word alien, in modern usage, has a variety of different meanings and interpretations. In the strictly terrestrial sense, it has relevance to things that may be seen as foreign or different to a given person or group; this has led to some problems, since the use of alien as a noun, which entails "a foreigner, someone who isn't a naturalized citizen" has a hard time escaping associations with its adjective form, which generally means "distasteful or odd" (one can clearly see the reasons for controversy here over its use in relation to such things as immigration, particularly in North America and parts of Europe). On the other hand, there is nothing about the word extraterrestrial that can be misconstrued as pertaining to earthly affairs.

The evolution of the extraterrestrial idea, as we can see, moved at a slow creep across the ages. Looking back over time at the conceptual development of human attitudes toward alien life is fascinating in a number of ways, and of course, far more could be said of this subject than the brief overview presented here. If anything, the gradual revelation that other forms of life could exist somewhere "out there"--and perhaps more importantly, that such a thing as "out there" existed in the first place--did more than merely introduce the concept of alien life; it caused humans to think about ourselves, our origins, and ultimately, what it actually means to be human.

Perhaps with the innovation and discovery of the coming years, we will also begin to glean some idea about what it could mean to be "extraterrestrial," if such life from other worlds is eventually proven, without question, to exist.

Missing Medium May Have Sent Psychic Message to Investigators