Pet Psychic Uses Her Powers Despite Being Allergic to Animals

Does your job make you sick? Lots of 'yes' answers to that one. Does your job make you sick even though you really like it? That question gets one ‘yes’ answer from Nyack, New York, where a pet psychic loves her job and shows up for work every day despite being allergic to … you guessed it … animals! Her clients and their humans certainly appreciate her efforts and are more than willing to put up with the sneezes. How does she know? Have you been paying attention?

"I keep on waiting for somebody to say that I'm full of it. It's too bizarre not to be true.” 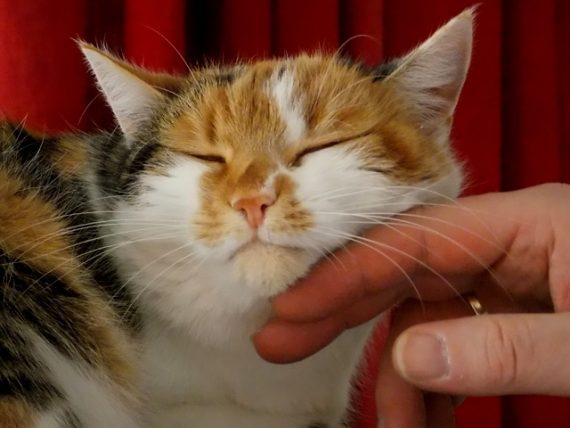 The story of Shira Plotzker and her pet psychic ability and allergy has been making the rounds lately after a recent interview with The Guardian. Shira traces her story back to 2004 when she was watching Sonya Fitzpatrick, perhaps the world’s most well-known pet psychic, demonstrate her talents on The Animal Planet show, The Pet Psychic, with a dog. What happened next shocked her.

Shira may have had a bit of an advantage over other viewers of the show – according to her website, she was “fluent in Tarot Cards and Numerology” before discovering this new talent. Although she wasn’t interested in becoming the next Sonya Fitzpatrick, she saw an opportunity to provide a similar service both locally and worldwide via the telephone and Internet. That second option was much more appealing because of those allergies.

"If I could be sitting here, doing this all day, that would be lovely for me. I think it really sets appropriate limits. Otherwise, I'd go up and hug (them). And if I had a pet now, I would never leave the house."

Fortunately, Shira says she’s able to communicate with pets, both living and dead, by looking at their photo, holding a toy or by just knowing their name. And “pets” includes dogs (her most common client), cats, snakes, lizards, horses and anything else that lives with humans. Yes, there’s a fee -- $100 for 30 minutes – but she also provides her services for free to local animal shelters searching for pet owners. And it’s not all just getting messages from over the rainbow bridge – Shira claims she can help with behavioral problems and health issues.

Outside of the allergies, are there any other problems with being a pet psychic?

"If I had to talk to cats all the time, that would not be as much fun. They're mostly into themselves, how they look or how nice their fur is and how they compare with other cats. Cats are more particular about what they want to talk about, and it's mostly about themselves."