The oldest known vertebrate track marks that were found in Grand Canyon National Park were those from a sideways-walking reptile. The 28 footprints that were found were from a reptile-like creature that lived around 315 million years ago which was also before the dinosaurs inhabited the planet. As a matter of fact, the tracks are so old that it is believed they were made just 5 million years after our planet was thought to have the first-known reptiles living here. So ultimately these tracks are from one of the first ever reptiles to inhabit our planet. The footprints of the reptile’s front and back feet are on a preserved 3.2 feet long by 18 inches wide piece of sandstone. 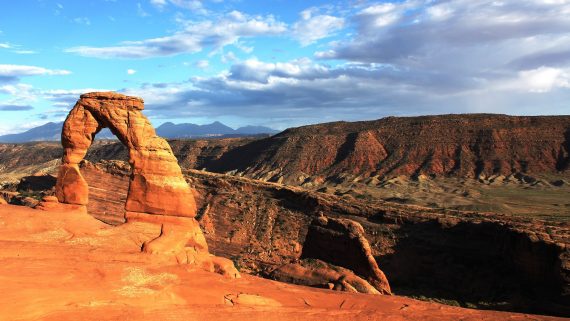 Stephen Rowland, who is a geology professor at the University of Nevada and who is also studying the tracks, said that it was in fact his friend that first found the fossilized footprints back in 2016 while he was on a hike along the Bright Angel Trail in the Grand Canyon. Rowland then went to the site in May of 2017 to take a look at the 2-inch-long footprints himself. At first he thought that the footprints were made by two animals walking next to each other, but then realized that it was in fact one animal walking sideways. The research regarding the ancient footprints was presented at the yearly meeting of the Society of Vertebrate Paleontology on October 17th in Albuquerque, New Mexico.

While the reptile’s small claws were pointing forward, it was moving in a sideways direction approximately 40 degrees to the right. In addition, each row of footprints were about 8 inches to the right of the prior row. While nobody knows exactly why the reptile was walking sideways, there are several theories such as maybe it was blown sideways by strong winds, or perhaps it was attempting to climb up a steep slope and ended up going diagonally. There’s also the possibility that it was facing a predator, that it was injured, or maybe it was simply doing a mating ritual. 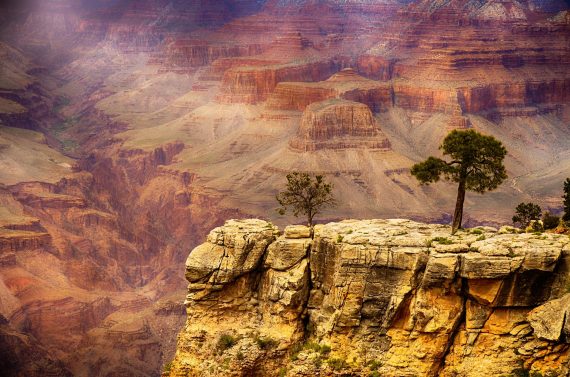 To see pictures of the footprints made by this mysterious sideways-walking reptile, click here,

This is definitely a huge discovery, as the previously oldest footprints found in the Grand Canyon were made approximately 20 million years after the ones found of the sideways-walking reptile. That’s what you call a huge discovery made by a person who was just out for a simple hike.