Puerto Ricans Claim to Find Bones of a Gargoyle

It was just a few weeks ago that a number of people in Puerto Rico reported seeing what they believed to be a real flying gargoyle that they blamed for killing their chickens and drinking their blood. And it was a little over a year ago that a man in Spain claimed he also what he believed to be a gargoyle flying overhead after taking off from the top of a nearby building. Now, the ‘living gargoyle’ saga has taken a new twist. A group of men in Puerto Rico released a video of them dumping out the contents of a bucket of what they said were either gargoyle or Chupacabra parts that they allegedly found in a cave after a fight. How long before we see a photograph? How long before we see a gargoyle movie starring Richard Gere? How long before gargoyles and chupacabras starting fighting over identity theft? 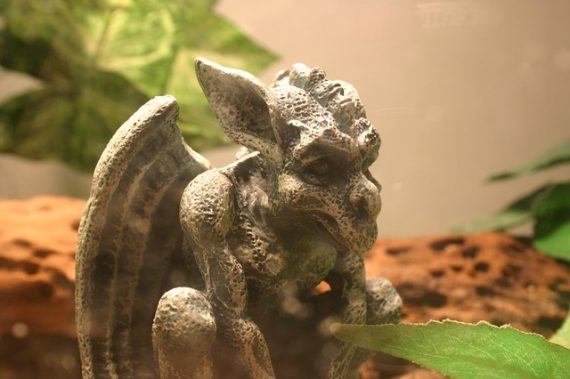 The latest story (see the video here) comes from Barceloneta in northern Puerto Rico. If that city sounds familiar, it’s where Edgardo Santiago Rodríguez and others described the creature that killed at least 50 of the chickens as a muscular, five-foot-tall winged being with a frightening scream. They didn’t think it was a Chupacabra because of the wings. Perhaps the men in the video were looking for the same creature when they stumbled into a cave in the nearby town of Florida, claimed to have done battle with a mysterious “gargoyle” and came out with body parts resembling a skull, a jaw, legs, a piece of leathery skin and a number of small skulls.

The Jornada PR web site, which published the video and the account, speculated that the small skulls could be offspring of the creature. However, it also speculated that the creature looked more like a pig or a boar than a gargoyle or a Chupacabra. In fact, it appears someone in the video felt the same way and was countered by the group’s animal expert who pointed out that a pig’s fangs point up and its ears point back, the opposites of those on the head in the bucket (a great name for a band).

So, what did this anonymous group claiming to have found a gargoyle or a chupacabra actually have in their bucket? Whatever it was, they didn’t appear to be afraid of it. Jornada PR points out that rotting meat of any kind could cause Leptospirosis, an infection with symptoms ranging from headaches to kidney failure and bleeding in the lungs. While the Leptospira bacteria is most common in rodents, it can be transmitted by both wild and domestic animals. Since no one really knows which category gargoyles and chupacabras fall into, its best to avoid dead ones or at least wear latex gloves. (Who brings latex gloves to a gargoyle fight?) 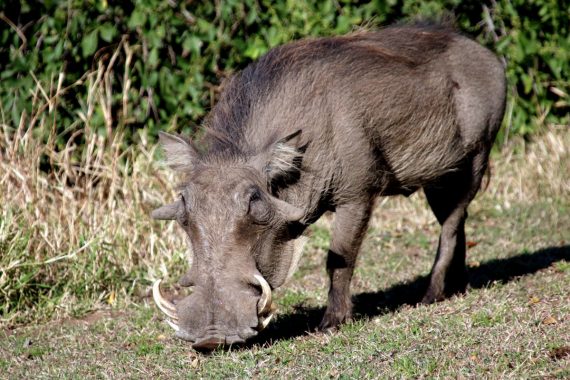 With so little information to go on, the needle on this one points to dead pig and other animals. But you have to give the people of Barceloneta, Puerto Rico, for milking this thing for all its worth. After the first sighting in September, a bar began offering the Shot of the Gargoyle and an ice cream parlor was serving its new Gargoyle Ice Cream Roll. What’s next? Pulled gargoyle sandwiches? Chupacabra chili? Mystery meat of the mystery beast?