He has one of the most famous and infamous names in the Christian bible. Look up the phrase “washed his hands of it” and you’ll find his picture. Historians debate with biblical scholars on whether he really existed. Now, archeologists have entered the fray with a ring that bears his name, signifying possible ownership. He’s Pontius Pilate and he’s back in the news 2,000 year after he allegedly turned Jesus Christ over to the crowd demanding an execution and washed his hands of his responsibility. Is this proof of Pilate’s existence and his ownership of the ring? Does it prove anything else?

“It was important to publish a careful scientific article. But in practice we have a ring inscribed with the name Pilate and the personal connection just cries out.”

In an interview with The Times of Israel, dig director Roi Porat describes an engraved copper sealing ring discovered with hundreds of other artifacts at Herodium or Herodion, the site the tomb and temple of Herod I, another famous biblical name whose existence as a Roman client king of Judea has been proven, although the infamous Massacre of the Innocents has not. The ring was found during 1968–1969 excavations by archaeologist Gideon Foerster but nothing was done with it until recently when Porat ordered a complete cleaning and scholarly examination, the results of which were published this week in the Israel Exploration Journal last week. 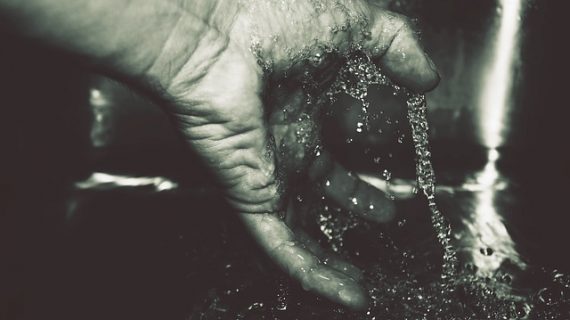 “An Inscribed Copper-Alloy Finger Ring from Herodium Depicting a Krater” reveals that the ring is engraved with a “krater” or handless wine vessel which is “flanked” by “partly deformed” and partially “disturbed by a defect” Greek letters which were uncovered in the lab and translated by scholars as saying “of Pilatus.” (Pictures of the ring and the site here.) A coin found with a similar krater dates to 67-68 CE, putting the ring in the right time period and the right location. Is that enough proof?

“Simple all-metal rings like the Herodium ring were primarily the property of soldiers, Herodian and Roman officials, and middle-income folk of all trades and occupations. It is therefore unlikely that Pontius Pilatus, the powerful and rich prefect of Judaea, would have worn a thin, all copper-alloy sealing ring.”

The quality and style of the copper ring suggests to the authors of the study that it is not the type of ring an elite like Pontius Pilate would have worn. However, while “Pontius" was a common name, scholars agree that “Pilatus” was not. Outside of the Christian bible, it most famously appears on the “Pilate Stone,” a building block unearthed in 1961 excavations at a theater or arena in Caesarea Maritima, an ancient Mediterranean seaport built under Herod I and inscribed with the words “[Po]ntius Pilate … [Pref]ect of Juda[ea].” In the case of the ring, the scholars suggest it could have referred to a member of Pilate’s family or a soldier in his army.

Porat is holding onto the idea that the ring was once on the finger of the hand in the biblical washing. He speculates that Pilate may have had an everyday ring for when he didn’t want to wear the expensive stuff. Like when he’s dealing with screaming mobs?

“There is no way of proving either theory 100% and everyone can have his own opinion. It’s a nice story and interesting to wrap your head around.”

Tell that to those screaming today about these kinds of biblical history stories.