Science Proves Lying Would Have Caused Pinocchio’s Nose to Shrink

The classic cartoon image of someone telling lie is to have their nose grow, a la Pinocchio lying about a lost coin and watching his proboscis protrude predominantly. However, a new study found that the opposite is true – the noses of liars actually shrink. Will Disney be forced to change the movie and have Pinocchio’s nose shrink into his face and poke out of the back of his head?

“The new method to detect lies in the laboratory is more accurate than the polygraph and produces fewer false positives: it offers a level of accuracy of up to 80 percent and 20% false positives.”

If you’re wondering how on earth researchers at the University of Granada in Spain managed to obtain a grant to study the relationship between noses and the truth, the inaccuracy of the polygraph and other so-called lie detectors is a good place to start. A university press release describes the study (a video explanation can be seen here), published in the Journal of Investigative Psychology and Offender Profiling, where scientists at UGR’s Center of Research Mind, Brain and Behavior (CIMCYC), in response to a growing demand for better security checks at airports, border crossings and police stations, looked at thermography, using an infrared camera to detect heat patterns and blood flow in body tissues, rather than recording changes in pulse and breathing as the polygraph does. 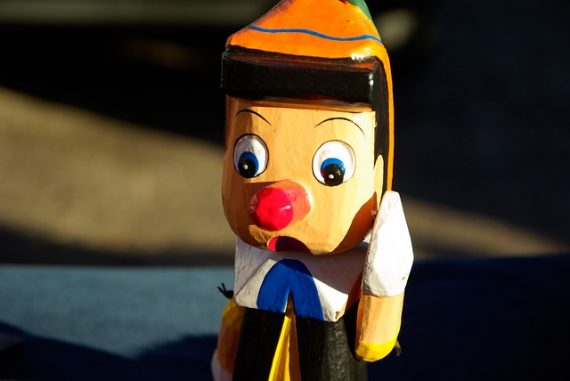 According to main researcher and study co-author Emilio Gómez Milán, the team found that when a person lies, “the temperature of the tip of the nose drops between 0.6 and 1.2 ºC, while that of the forehead rises between 0.6 and 1.5 ºC.” The greater the difference in temperature change, the more likely a person is lying. The study involved 60 psychology students at the school. While attached to a thermographer, half of them were instructed to call a loved one and tell an actual lie. (College students calling home and lying … talk about a low degree of difficulty!) The control group had to make a similar call and tell the truth about what they were seeing on a monitor. The study found that thermography was measurably more accurate than the polygamy. However …

“There’s no method with an accuracy of 100%, since the difference between truth and lie is quantitative, not qualitative. However, with this method we have achieved to increase accuracy and reduce the occurrence of ‘false positives’, something that is frequent with other methods such as the polygraph.”

Although it’s hard to see with the naked eye, the lying nose – at least the very tip of it – shrinks as its temperature drops. While it would make for a much less funny cartoon, the wooden puppet’s honker would definitely have shrunk as he told his lies. It turns out the Disney version is inaccurate in another way. A different study at the Leicester University Centre for Interdisciplinary Science found that if Pinocchio’s head weighed 4.18 kg and his nose six grams with an initial length of one inch that doubled every time he lied, just 13 lies would have caused it to reach 208 meters and snap his spindly wooden neck.

Now THAT would teach liars a lesson! 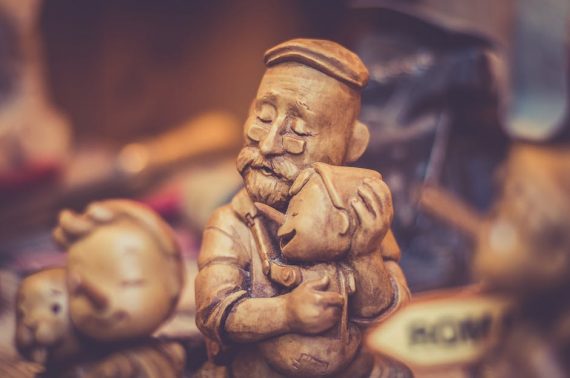