Scientists Confirm The Existence Of Water On Distant Planet

A huge breakthrough has been discovered in the search for alien life as astronomers have detected water in the atmosphere of a distant planet. The large gas planet, called HR 8799c, is located 179 light years away from us.

A team of researchers at Keck Observatory in Maunakea, Hawaii discovered the planet. After a picture was taken of the planet, astronomers picked apart the planet’s light by using equipment called spectrometers. The spectrometer on the Keck 2 telescope, which is called the Near-Infrared Cryogenic Echelle Spectrograph (NIRSPEC), showed the chemicals that were in the planet’s atmosphere. When experts used spectroscopy with adaptive optics to study the planet, that’s when they discovered that there is water in the atmosphere, and an absence of methane.

To see the pictures taken from the Keck Observatory, click here.

Dimitri Mawet, who is an associate professor of astronomy at Caltech, explained, “This type of technology is exactly what we want to use in the future to look for signs of life on an Earth-like planet.” He added, “We aren’t there yet but we are marching ahead.”

The planet is one of four that are orbiting the star named HR 8799 which is located in the Pegasus constellation. Astronomers have previously taken pictures of over a dozen exoplanets, but HR 8799 is currently the only multi-planet solar system that has been photographed. Scientists hope to perform the same process with other small planets that are situated close to their own stars. 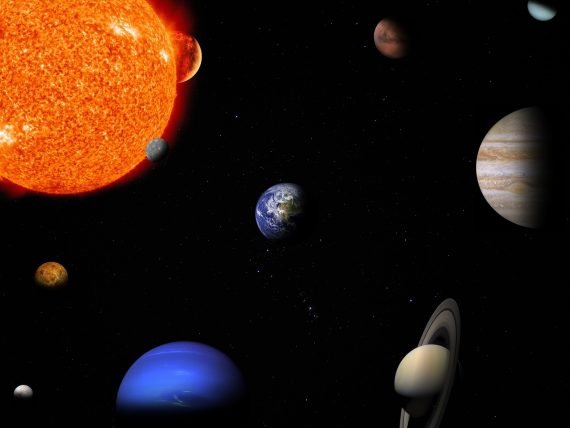 Scientists at the Keck Observatory wrote that their goal is to search for chemicals such as water, methane, and oxygen which point to a habitable atmosphere on Earth-like planets. They hope to do this with a new impending instrument called the Thirty Meter Telescope which they plan to do in upcoming years – late in the 2020s.

Ji Wang is the lead author of an Astronomical Journal paper written on the new findings. He said “Right now, with Keck, we can already learn about the physics and dynamics of these giant exotic planets, which are nothing like our own solar system planets.” He also explained, “We are now more certain about the lack of methane in this planet. This may be due to mixing in the planet’s atmosphere.”

The huge gas planet HR 8799c is seven times bigger than Jupiter which is the biggest planet in our solar system. In fact, Jupiter is so massive that over 1,300 Earths could fit inside of the gas planet. And with this new HR 8799c planet being seven times larger than Jupiter, well, that’s what you call extremely massive. 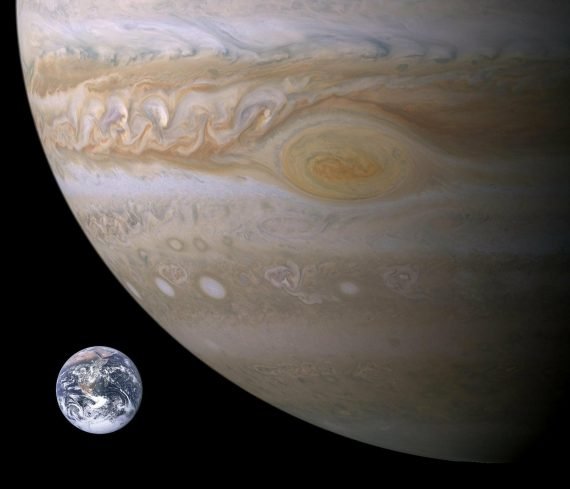