Sinister Visitors: “Both were no more than silhouettes”

A couple of days ago, I wrote an article on a strange MIB-themed case from the 1960s that Robert Goerman investigated. The article began as follows: "Born on March 3, 1952, Robert A. Goerman is a native of New Kensington, Pennsylvania. As an investigative scholar of unknown and unexplained phenomena, he has been fortunate enough to have his writings featured in national magazines and serve as source material for many books and popular television shows such as Unsolved Mysteries, The Unexplained, History's Mysteries, Animal X, MonsterQuest, and Dark Matters: Twisted But True. Founded in June of 2012, his Nonhuman Research Agency explores encounters with mysterious strangers, beings, and creatures and studies interspecific relationships. Robert offers his very own insights into the Men in Black mystery, based upon his firsthand investigations of a very weird case from the 1960s that is steeped in menace of the black-colored kind. It is a case that has led Robert to some thought-provoking theories concerning the nature and actions of the MIB, too."

Robert has generously given me permission to use the accounts he has sent me. The following from Robert demonstrates just how downright weird the MIB phenomenon really is. It's an account that is focused on an MIB experience he had in the dream state. Interestingly, I receive from people a lot of very graphic, dream-based experiences with the Men in Black. It's a situation which has led some witnesses/victims to suspect the MIB can literally "invade" their dreams and turn them into downright nightmares. Over to Robert:

"Before you continue reading, let me preface this post by confessing that the MiB 'visit' was merely a dream shard. I would never even publish my experience if not for its curious physical aftermath. It is also necessary to point out that I have resided at my present residence for much of my life. This was my childhood home. It was inherited upon the passing of my parents. The bedroom that I now occupy as an adult was at one time shared for many years with my younger brother. There was barely enough room for two twin beds and a tiny writing nook where I documented my early research on a vintage Smith-Corona typewriter. 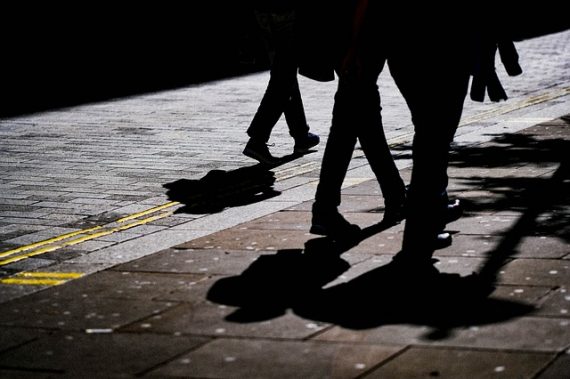 "The dream that I had shortly after midnight on Monday, July 18, 2016 found me seated at my writing nook as a young man (1969 or 1970) at night. I was typing a report about the Men in Black and uttered to myself that these scenarios echoed the MIB cases reported by Brad Steiger. My desk lamp was the only light source in the room. Movement off to my left caught my attention and I turned my head. Two Men in Black, wearing the classic fedoras, stood not six feet away, between the twin beds, blocking any hope at escape. The closest one was about my height. His companion was a head taller. Both were no more than silhouettes. There were no details. Escape was the last thing on my mind.

"I remember saying, 'I have been looking forward to this,' jumping up, and grabbing the shorter MIB by his arms between the elbows and shoulders. (Anecdotal information suggests that the MIB hate being touched by humans. I knew this.) BIG MISTAKE. It was like grabbing a high voltage tornado! In fact, the MIB became a whirling blur of time and space. My left arm was being ripped from its socket. I screamed that high-pitched scream that only excruciating pain can create. Pain beyond pain. Folks that have experienced certain traumatic accidents know exactly what I mean. 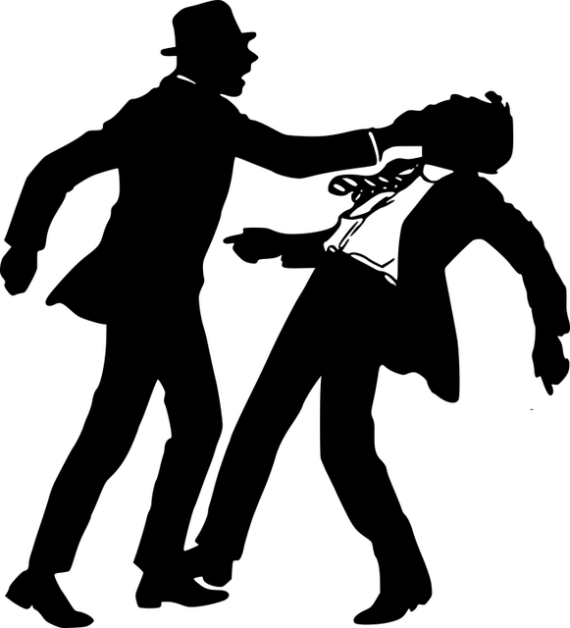 "Hearing my cries for help, my wife awakened me. I snapped fully awake to the horror that the pain in my left arm and shoulder was quite real. (My firsthand relationship with pain comes from the agony of a herniated disc that required spinal surgery and too many kidney stones.) I understand pain. This was real pain. Maybe not quite as extreme as those two previous examples... but still, as real as it gets. It took a healthy dose of Ibuprofen and the gentle working of the tender arm and shoulder to make things tolerable. Traces of soreness lasted most of the day. It is what it is."