Sodom and Gomorrah May Have Been Destroyed by a Meteor

It’s the favorite Old Testament story of fire-and-brimstone preachers who want their flocks to clean up their acts. In fact, fire and brimstone (an ancient word for ‘sulfur’) is what the Book of Genesis says rained down on the cities of Sodom and Gomorrah as punishment for various sins (sexual, of course – the source of ‘sodomy’). And who can forget Lot’s wife, who disobeyed an order and looked back at what was happening to Sodom and turned into a pillar of salt. Did Sodom and Gomorrah really exist? Is there some sort of natural explanation for what might have happened to them … and to poor Lot’s wife, who doesn’t even get a name in the account? A group of researchers recently found evidence that leads them to believe the fire-and-brimstone the destroyed Sodom was the result of an atmospheric meteor explosions that puts those of Tunguska and Chelyabinsk to shame. And they name names!

“That the most productive agricultural land in the region, which had supported flourishing civilizations continuously for at least 3,000 years, should suddenly relinquish, then resist, human habitation for such a long period of time has begged investigation.” 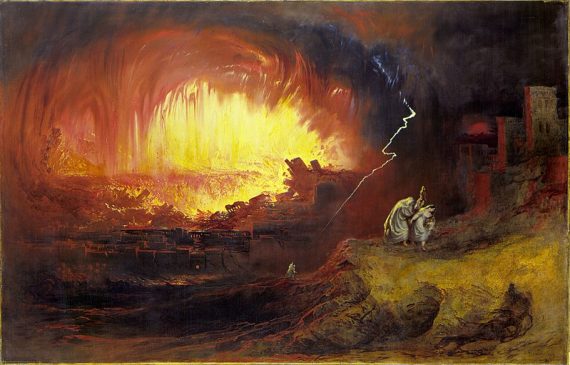 That puzzle was the inspiration for “The 3.7kaBP Middle Ghor Event: Catastrophic Termination of a Bronze Age Civilization,” a paper produced by a multidisciplinary group of scientists and presented by archaeologist Philip Silvia at the annual meeting of the American Schools of Oriental Research held last week in Denver. According to The Times of Israel, Silvia revealed the results of twelve seasons of study in a 25-km (15 mile)-wide circular plain north of the Dead Sea called Middle Ghor which is where Sodom and Gomorrah were believed to have once stood. Radiocarbon dating and minerals that appeared to have been instantly crystallized by high temperatures convinced them that these were the result of a massive airburst caused by a meteor about 3,700 years ago … the time when Lot’s wife would have turned around to see the explosion and possible been incinerated.

The excavations showed that the area, now a part of Jordan, was continuously occupied for at least 2.500 years before an estimated 65,000 people disappeared, entire cities were reduced to rubble and the Dead Sea suddenly spread its salty waters over once-fertile farmlands, rendering the area uninhabitable for 700 years. The archeologists found pieces of pottery melted into glass and shards of minerals embedded into their surfaces by incredibly high-force winds. This evidence and much more left them no doubt as to what Lot’s wife saw:

“This paper surveys the multiple lines of evidence that collectively suggest a Tunguskalike, cosmic airburst event that obliterated civilization — including the Middle Bronze Age city-state anchored by Tall el-Hammam — in the Middle Ghor (the 25 km diameter circular plain immediately north of the Dead Sea) ca. 1700 BCE, or 3,700 years before present (3.7kaBP). Based upon the archaeological evidence, it took at least 600 years to recover sufficiently from the soil destruction and contamination before civilization could again become established in the eastern Middle Ghor.”

OK, that explains the fire-and-brimstone, but does it prove that this meteor destroyed the biblical cities of Sodom and Gomorrah? 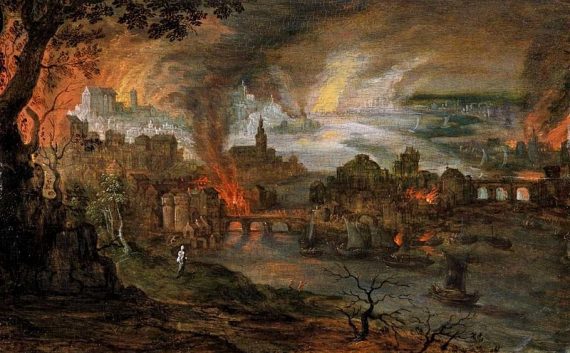 There are biblical references to “ha-kikkar,” which means “the plain,” and translations of Genesis refer to the rain of “burning sulfur” destroying “those cities and the entire plain, including all those living in the cities — and also the vegetation in the land.” Silvia and co-author Dr. Steven Collins write:

“The physical evidence from Tall el-Hammam and neighboring sites exhibit signs of a highly destructive concussive and thermal event that one might expect from what is described in Genesis 19. The destruction not only of Tall el-Hammam (Sodom), but also its neighbors (Gomorrah and the other cities of the plain) was most likely caused by a meteoritic airburst event.”

What about Lot’s wife and all the sinning? You’ll have to wait for another study. 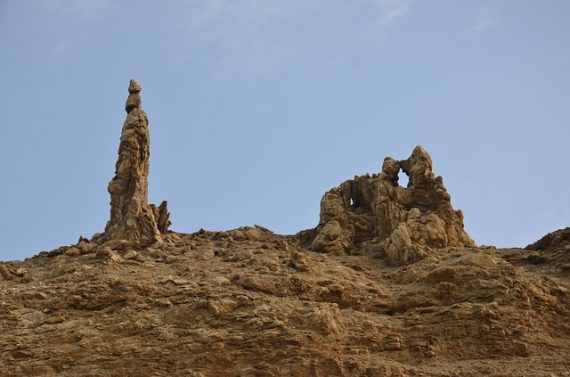