If witnessing unidentified flying objects over your home isn’t frightening enough, imagine seeing them during two consecutive nights. This is exactly what happened to St. Helens resident Michelle Gabrielli who documented the UFOs with pictures and a video.

She claimed that she saw at least fifteen odd looking lights in the sky that were flying apart before joining back together. While skeptics believe that the lights could have been either planes flying to the Portland airport or even several drones lighting up the night sky, Gabrielli isn’t quite sure as to what she witnessed. “I don’t know what that was last night,” she explained. “I don’t know. I can only speculate…it’s an unidentified flying object…that we didn’t do.”

It’s very possible that what she saw was indeed something of alien origin, as Oregon is ranked second in the United States for the most reported UFO sightings. In fact, Portland has the highest number of UFO sightings in the entire state. And since St. Helens is only around 30 miles away from Portland, the fact that Ms. Gabrielli’s claimed to have seen UFOs is definitely not unheard of. On the other hand, it’s a little odd that she only captured documentation of one flying object, so where were the other fourteen? 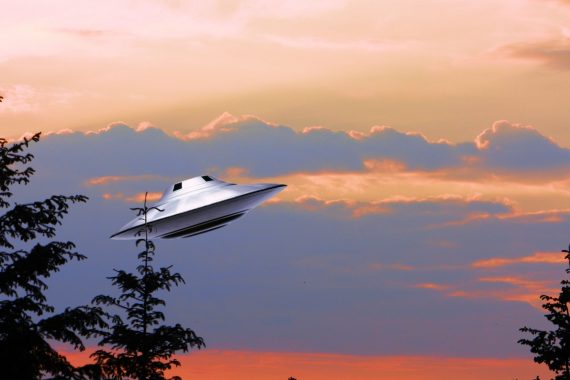 Michelle Gabrielli’s experience is only one of thousands of sightings around the state. According to research conducted by Oregon MUFON (Mutual UFO Network), over 2,000 UFO sightings have been reported all over the state in the last 70 years, specifically in the 1990s, 2000s, and 2010s.

One of the most famous UFO sightings happened on June 25, 1947 when a pilot named Ken Arnold was flying his plane in the Pacific Northwest between Mount Rainier and Mount Adams when he witnessed “nine saucer-like aircraft flying in formation” at a height of between 9,500 and 10,000 feet and at a speed of approximately 1,200 miles per hour – faster than any aircraft on the planet. He also explained that the nine objects looked like the “tail of a Chinese kite.” 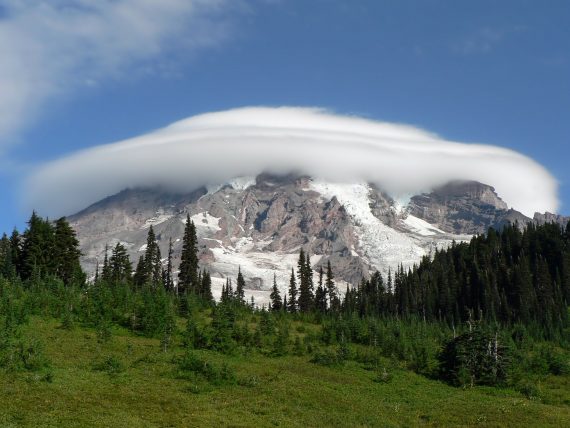 In McMinnville, Oregon on May 11, 1950, married farmers Evelyn and Paul Trent saw a hovering disc-shaped object that they were lucky enough to be able to photograph. In fact, that incident inspired McMinnville’s yearly UFO Festival which is said to be second-biggest celebration in the entire country.

Another famous sighting happened in 1959 when a police officer named Robert Dickerson was driving around Redmond, Oregon when he witnessed a huge bright object hovering over the city at an elevation of around 200 feet. He said that the object was so low that it illuminated the tops of several trees. And it wasn’t only the officer that saw the UFO. Apparently an administrator at the Redmond Airport also saw the unidentified object.

See the pictures of the McMinnville sighting here: https://www.kgw.com/article/news/local/oregon-among-top-states-for-ufo-sightings/283-574914761

There have been countless UFO sightings in the Pacific Northwest over the decades, especially in Oregon. Whether there are natural explanations for the sightings such as weather balloons and drones, or if in fact cities all over the United States and around the world are being visited by aliens, one thing for certain is that the UFO craze is as strong now as it ever was. If you keep your eyes focused on the sky when you’re outside, you may just see something unexplained.

Strange Visitors: “I can find you anywhere, any time”