On each and every occasion that I have visited Puerto Rico, I have heard fragmentary accounts of a very controversial nature. They are tales to the effect that the island’s chupacabra phenomenon has very little to do with real blood-suckers and far more to do with something else: full-blown animal sacrifice on the part of local occultists. In essence, the tales told to me suggested the chupacabra phenomenon was exploited by one or more cults that used the legend of the (allegedly) blood-sucking chupacabra as a cover to protect and hide their identities and their sacrificial rites and rituals. Moving on...

The centuries-old English village of Pelsall, West Midlands, England – in which I grew up – is situated just a ten minute drive from the equally old town of Great Wyrley. Back in October 1903, a young man - and a resident of Great Wyrley - named George Edalji was arrested, tried, and found guilty of fatally slashing a number of horses that belonged to the owner of the Plant Pit Meadow, a local colliery.

Despite a lack of hard evidence that Edalji was the real culprit, he received a sentence of seven years. He was, however, released in 1906 – chiefly as a result of the combined efforts of R.D. Yelverton, previously the Chief Justice in the Bahamas, and Sir Arthur Conan Doyle, the creator of the world’s most famous, fictional detective, Sherlock Holmes. Such was the strength of Doyle’s belief that Edalji was innocent, he, Doyle, even penned a book on the affair: The Case of Mr. George Edalji. The story was well known all around Great Wyrley and Pelsall – even in the late 1970s, when, in my pre-teen years, I first heard of it. 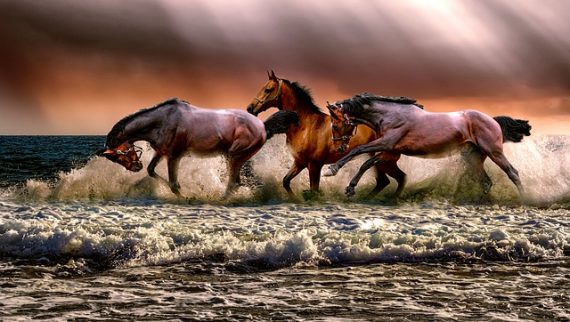 What I found particularly intriguing is that at the time the horse attacks were at their height, there were rumors in the local media they were nothing less than sacrificial offerings to supernatural entities. The Edalji family was originally from India and – despite the fact that George’s father, Shapurji, was the vicar of the town’s St. Mark’s Parish Church - was most unfairly perceived as a pack of sinister outsiders by many within Great Wyrley. It was this undeniable and outrageous racist attitude that collectively, and inevitably, had a hand in George being branded as the attacker.

In 1988, I investigated a very weird spate of animal deaths in mid-Wales. The location was the ancient town of Rhayader. Over a period of approximately twelve weeks, the people of the town were plunged into a collective state of terror. The reason was as simple as it was nightmarish: the town’s sheep population was drastically cut back by a vicious predator that killed the animals with a single, two-pronged bite. There was hushed talk among the locals of vampires, of blood-sucking abominations. There was, however, also talk of occult groups that were using the sheep in nighttime, sacrificial rites to appease ancient deities. Whatever the truth of the matter, the attacks came to an abrupt end in December 1988, and the mystery was never resolved, in terms of actually proving who, or what, was responsible. A chupacabra-like monster in the wilds of Wales, or a band of worshipers of who knows what, doing their very best to make it look like the killings were the work of a deadly monster? Despite spending a few days in town, I never did find out the answer to that question. Although, the sacrificial angle is far more likely. 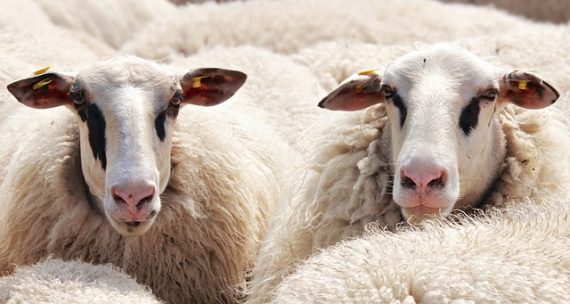 It was in 2003 that I began digging very deeply into the strange world of one Major General Edward Lansdale and his ties to the world of the vampire. Lansdale was a man highly skilled in the field of what is known, in military circles, as psychological warfare. Back in the early 1950s, Lansdale – who rose to prominence during the Second World War, while working with the Office of Strategic Services, a forerunner of the CIA – spread rumors throughout the Philippines that a deadly vampire was wildly on the loose. Its name was the Aswang, a blood-sucking monstrosity, of which the people of the Philippines lived in complete dread. The reason for Lansdale’s actions was as bizarre as it was simple.

At the time, specifically 1952, the Philippines were in turmoil and chaos, as a result of an uprising by the Hukbalahap – or Huks, as they were also known. They were vehemently anti-government rebels and did their very best to oust the president of the Philippines, Elpidio Rivera Quirino, with whom Lansdale was friends. And when the major general was asked by Quirino to help end the reign of terror that the Hukbalahap had generated, he quickly came on-board.

One of the first things that Lansdale noted was that the rebels were deathly afraid of the vampiric Aswang and its nocturnal, blood-drinking activities. So, he came up with a brainwave, albeit a grisly one. It was a brainwave that was kept secret for decades, until Lansdale, himself, finally went public, long after his prestigious military career was finally over. As the major general recalled:

“To the superstitious, the Huk battleground was a haunted place filled with ghosts and eerie creatures. A combat psy-war squad was brought in. It planted stories among town residents of an Aswang living on the hill where the Huks were based. Two nights later, after giving the stories time to make their way up to the hill camp, the psywar squad set up an ambush along the trail used by the Huks.”

That same psywar squad then did something that was very alternative, but which proved to be extremely effective. They silently grabbed one of the Hukbalahap rebels, snapped his neck, and then – using a specially created, metallic device – left two, deep, vicious-looking puncture marks on the neck of the man. But that was barely the start of things: they then quietly tied a rope around the man’s ankles, hung his body from a nearby tree, and let just about as much blood as possible drain out of the body. After several hours, the corpse was lowered to the ground and left close to the Hukbalahap camp, specifically to ensure it was found by his comrades. They did find it. 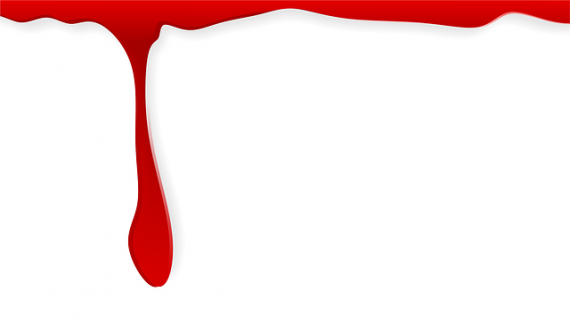 The result, as Lansdale noted, was overwhelmingly positive, from the perspective of the Philippine government, at least: “When the Huks returned to look for the missing man and found their bloodless comrade, every member of the patrol believed that the Aswang had got him and that one of them would be next if they remained on that hill. When daylight came, the whole Huk squadron moved out of the vicinity.”

It was an ingenious, and spectacularly successful, tactic, one that was reportedly utilized on more than fifteen occasions to take back strategic ground from the Hukbalahap soldiers. A vampire of legend was now one of reality – or so the rebels believed. Is it feasible that the vampire of Puerto Rico had been similarly created: not to wage war, but to allow groups that practiced disturbing sacrificial rites to camouflage their activities behind tales of the chupacabra? The more I looked into the controversial theory, the more I came to realize that it was something that could not be discounted.

Ramp Found That Was Used in Building the Great Pyramid