Strange Visitors: “I can find you anywhere, any time”

Born on March 3, 1952, Robert A. Goerman is a native of New Kensington, Pennsylvania. As an investigative scholar of unknown and unexplained phenomena, he has been fortunate enough to have his writings featured in national magazines and serve as source material for many books and popular television shows such as Unsolved Mysteries, The Unexplained, History's Mysteries, Animal X, MonsterQuest, and Dark Matters: Twisted But True. Founded in June of 2012, his Nonhuman Research Agency explores encounters with mysterious strangers, beings, and creatures and studies interspecific relationships. Robert offers his very own insights into the Men in Black mystery, based upon his firsthand investigations of a very weird case from the 1960s that is steeped in menace of the black-colored kind. It is a case that has led Robert to some thought-provoking theories concerning the nature and actions of the MIB, too. With that all said, over to Robert:

"One bizarre Pennsylvania case (that I personally investigated) began on the night of January 20, 1967, when Mrs. Walter Kushner and her two daughters, Susan (17) and Tanya (14) and a close friend of the girls, Marianne Williamson (16), witnessed a brilliant UFO drop below the cloud cover and maneuver at high speed while the four were returning to the Kushner’s Pittsfield residence. Hours later, as the three girls enjoyed a ritual teenage slumber party, they spotted a peculiar light shimmering through the closed curtains of Susan’s bedroom.

"Without warning, the drapes parted of their own volition and a small triangular object hovering a few feet from the house began beaming brilliant light into the bedroom. When the triangle moved to another window, the curtains repeated their opening act and the intensity of light emanating from the object increased. At this point, the girls became quite frightened and decided to retreat. 'It' had different ideas.

"All three girls found themselves unable to move or cry out. Sheer terror escalated to fervent prayers for help. After what seemed like an eternity, the siege ended. Although their freedom of movement was restored, a weird dizzy sensation haunted the girls for an hour. The girls awoke Mrs. Kushner and tearfully described the party crasher and their fear that 'it' might return. Mother eventually got the trio settled down and after much discussion decided that it would be for the best if everyone simply forgot an incident that nobody would believe anyway. All agreed. 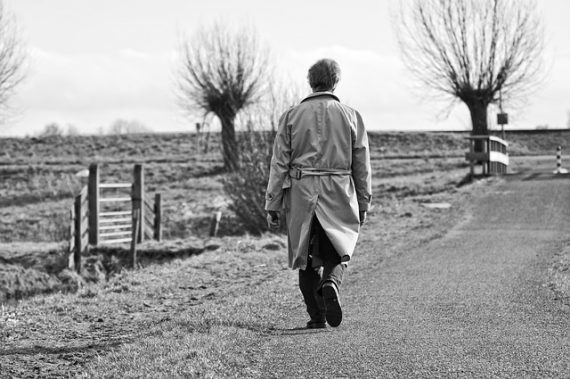 "Things were back to normal when shortly after the dinner hour on Saturday, exactly one week following the horrific pajama party, two men arrived at the Kushner household. They identified themselves as military investigators and flashed what appeared to be United States Air Force identification. Both men wore tan trench-coats which they kept buttoned from knee to collar. The taller of the two, who, according to the family’s testimony, did all the talking, was described as having blond hair, green eyes, was thin and deeply tanned. The other gentleman was heavyset with dark hair, piercing blue eyes and was also deeply tanned.

"Mrs. Kushner explained that both men wanted every shred of information regarding the UFO that the girls claimed had intimidated them. Neither parent can explain to this day why they allowed their children to be so intensely grilled by these 'government agents.' These characters moved about the house with apparently total knowledge of the whereabouts of rooms, furniture, objects, et cetera. When asked how the Air Force learned of the UFO sightings, the taller one responded with, 'We know a lot of things, a lot of things.'

"Although compelled to accept the situation, the family felt that something seemed off-center, something that, for whatever reason, they couldn’t quite put their finger on until after the officers departed. Sue noted that their clothes looked as if they had purchased them in a clothing store ten minutes before and even the bottom of their shoes seemed unwalked on in appearance. The cigarette pack held by the taller one was unopened (and stayed that way) and even his wallet was brand new.

"While the taller of the two showed his captive audience a loose-leaf notebook with professionally printed schematic diagrams and photos of both the exterior and interior views of various types of UFO-type craft, Sue watched the shorter officer secretly write in an elongated notebook not unlike those used by stenographers. Catching him off guard, she was amazed to see him writing strange symbols in vertical columns, starting from the left, going down one column, up the next, down the third, up the fourth, et cetera. Being accustomed to standard shorthand, Sue had no idea of the graphic’s origin. 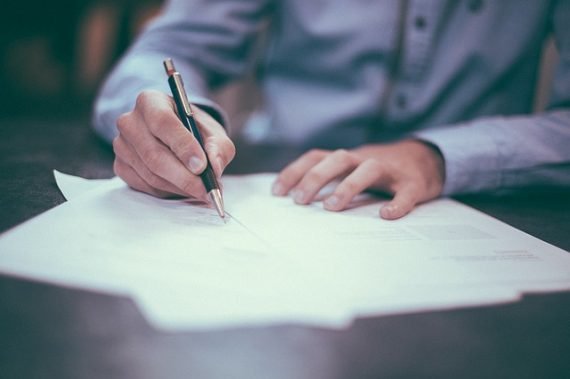 "Meanwhile, the talkative officer continued to mystify his audience, telling them that UFOs were nothing more than secret U. S. experimental devices which have never harmed persons or property and that public disclosure of seeing one up close could result in criminal prosecution. When Tanya asked how the family could get in touch with them should there be another sighting, the officer replied, 'I can find you anywhere, any time.' When these military men finally left, they backed their vehicle out onto the roadway, extinguished the headlights and zoomed off into the night. It is against Pennsylvania commonwealth traffic laws, and all common sense and safety, to drive after sunset without suitable lighting. These gentlemen probably had no connection with the United States Air Force.

"Men in Black are neither hallucinations nor hoaxes. But what do these visitations represent? Role-playing covert government operatives? Nonhumans acting human? Maybe a little of both. Maybe something beyond our comprehension. Odd appearance and bizarre behavior does not certify the existence of nonhumans among us. However, dissolving coins and cars raise interesting questions. Our failure to understand these events in no way negates their validity.

"These visitations represent entity contact at its most accessible in that entire families have endured grueling visits by these mystery men and many witnesses are harassed more than once. These visitations represent entity contact at its most elusive. Parents wonder why they allowed their children to be so intensely grilled by these strangers. Victims speak of being unable to think or react normally until after the mysterious visitors leave. To some, this suggests altered states of consciousness or subliminal hypnotic techniques. What if the MIB visit you? Will you be witty and clever and insist they pose for a snapshot? Or will you be a deer in headlights and spend your tomorrows wondering why?"