The term “Flying Saucer” was coined in June 1947. On the 24th of the month, an American pilot named Kenneth Arnold encountered a squadron of strange-looking aircraft flying near Mt. Rainier, Washington State, USA. It’s a fact, however, that UFOs were seen long before Kenneth Arnold’s historic sighting occurred. In the latter part of the 19th century, numerous people across the United States reported sightings of what were termed “mystery airships” and “phantom airships.” During the Second World War, pilots reported close encounters with small balls of light that appeared to be under intelligent control. They became known as “Foo Fighters" (they had nothing to do with Dave Grohl...). Then, in the summer of 1946, Scandinavia was targeted by numerous UFOs. They were referred to as “Ghost Rockets.” Reports surfaced from Norway, Denmark, Finland, and Sweden and caused brief, but worrying, situations for those countries.

On July 11, the U.S. Embassy in Stockholm, Sweden, prepared a secret memo that, in part, reads as follows: “For some weeks there have been numerous reports of strange rocket-like missiles being seen in Swedish and Finnish skies. During [the] past few days reports of such objects being seen have greatly increased...Military Attaché is investigating through Swedish channels and has been promised results of Swedish observations. Swedes profess ignorance as to origin character or purpose of missiles but state definitely they are not launched by Swedes.”

Although the most obvious - and likely - explanation was that the Ghost Rockets were Soviet in origin, such a theory was never proved. Equally intriguing, midway through July a number of alleged crashes of Ghost Rockets were reported, even though certain facts were withheld; something which leaves the stories open-ended, but still highly thought-provoking. On July 19, 1947, the Oslo-based Aftenposten newspaper ran an article titled “Did two rocket bombs go down in Mjosa?” The article included the following, notable words:

“From a man in Feiring we received this morning a sensational report that two rocket bombs crashed into Mjosa last night. They were shaped like ordinary planes, but quite small with only a 2½-meter wing-span and came between 24 and 0:30 this morning from the west at low height over the southerly part of Feiring, where they were observed by many persons, among them at the Hasselbaken Inn and at the Arnes. The forward one was not lighted. People noticed them because they heard a loud whistle and directly after they came flying into sight at terrific speed. They went so low that trees were left swaying after they passed. Nearly midway out in Mjosa, nearer the Feiring side, the water took a big splash and the spray stood many meters high in the air where the objects disappeared." 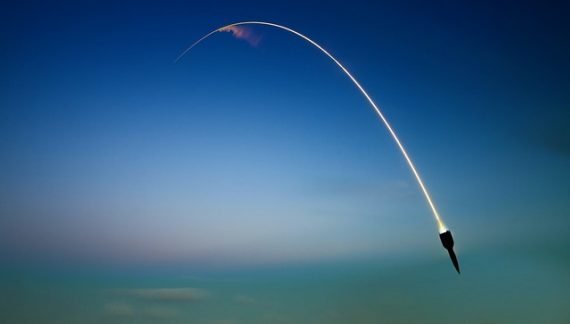 Less than twenty-four hours later, Aftenposten ran a follow-up article, “Are experiments with Flier X underway over Norway?” It told a fascinating story: “Up till now it has not been possible to get any certain corroboration for all the reports which have arrived that rocket planes or rocket projectiles have been observed both in this country and in Sweden. Meanwhile reports recently have been so numerous and definite that they can no longer be rejected as products of people’s lively imaginations. It is far from impossible that one or more foreign powers is conducting secret experiments with new weapons of the V-like type."

Despite intensive investigations on the part of several countries, the Ghost Rocket phenomenon was never solved to the satisfaction of everyone and it came to a sudden end before 1946 was over. Indeed, like so many UFO encounters that post-dated the 1946 incidents in Scandinavia, the Ghost Rockets incidents had a distinct "here one minute and gone the next minute" aspect to them.

Toads in Rocks and Other Bizarre Entombed Animals