The Mythical Lost City of Tenea Has Been Found

It’s time for another edition of “Myth or History?” Today’s question: is the ancient lost city of Tenea, said to have been built by Trojan prisoners of war freed by the Greeks after the Trojan War, myth or history? If you said “Myth,” you were right … until this week. That’s when the Greek Culture Ministry announced that archaeologists “located the first tangible remains” of the real lost city of Tenea. No word on whether they found Helen, her husband King Menelaus or Paris of Troy.

"The town called Tenea is just about sixty stades distant. The inhabitants say that they are Trojans who were taken prisoners in Tenedos by the Greeks, and were permitted by Agamemnon to dwell in their present home. For this reason they honor Apollo more than any other god.”
-- Pausanias, “Description of Greece”

The historical authenticity of the Trojan War, a Homeric tale of both gods and men, has long been debated. Tenea was mention by both Pausanias, a Greek traveler and geographer in the second century CE, and Strabo, a Greek geographer, philosopher, and historian in the first century CE. Tenea was said to be south of the ancient port of Corinth and succeeded as a settlement, eventually developing its own government. It was said to have been spared by the Romans when they destroyed Corinth in 146 BCE, but it eventually collapsed on its own and disappeared, establishing itself as a “lost city.”

While artifacts had been found, including a statue dating to 550 BCE of a youth that was named Kouros of Tenea, none offered conclusive proof of the existence of the lost city. Despite that, archaeologist Elena Korka formed a team and began digging where she thought Tenea would be, encouraged by pottery fragments and a sarcophagus containing the remains of a high-society woman from about the right time period. In 2017, they found tombs of wealthy individuals, gilded bronze leaves, a golden ring, precious stones, gold and bronze coins, vases and a series of decorated lamps. Not proof yet, but they were getting close.

This week, Korka, who is now Greece’s director of antiquities and cultural heritage, unveiled stone walls with door openings and floors that were definitely from the lost city of Tenea.

"It is significant that the remnants of the city, the paved roads, the architectural structure, came to light. We've found evidence of life and death ... and all this is just a small part of the history of the place."

For being prisoners of war, the founders of Tenea did surprisingly well. The coins were indicators of economic success and the items in the tombs identified their owners as wealthy individuals. The find was not just of a few buildings or tombs either.

“These buildings date from early Hellenistic to late Roman times and appear to be expanding in all directions. Research will continue in these areas in the next period. Building remains reveal continuous interventions and remodeling due to their long period of use.”

As always, more excavations will occur. The archeologists are fortunate to have the help of residents of the modern city who have formed the " Friends of Ancient Tenea."

The lost mythical city of Tenea has been found, proving it to be real. Now let’s find that giant wooden horse. 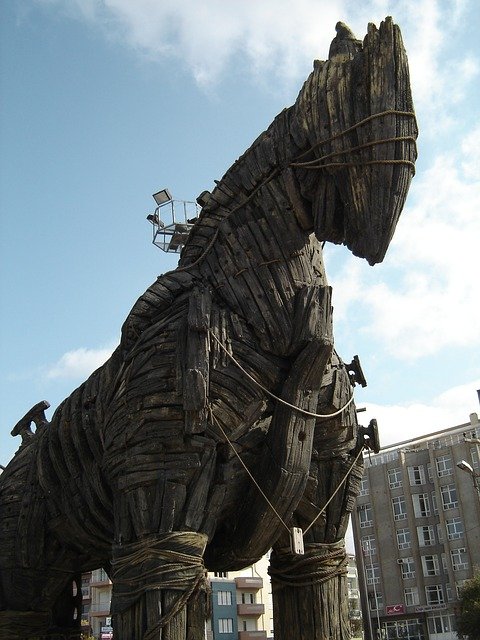