“Dear Mr. Redfern,” the letter began, “I have read several of your articles in UFO Magazine and thought you would be interested to know that my father was in the RAF [British Royal Air Force] in the 1950s and 1960s and I always remember him telling me that at RAF Farnborough there was supposed to be a top-secret office where the RAF carried out all its flying saucer investigations.” Rumors abound that, for years, the sprawling thousand-acre-plus Royal Aircraft Establishment (RAE) at Farnborough, Hampshire, England, housed a covertly operated unit that investigated UFOs in the 1950s and 1960s.

According to Cyril Townsend-Withers, a senior scientific officer with the Air Ministry who specialized in radar development and deployment and who rose to the rank of wing commander, during the 1960s he had a number of discussions with people at the Air Ministry at Whitehall, London, and was informed of the existence of a specialist UFO investigation team that operated out of Farnborough. Townsend-Withers further stated that the project comprised largely RAF Intelligence people who viewed the UFO subject “very seriously.” For more information on the Townsend-Withers story, see Jenny Randles' 1987 book, The UFO Conspiracy. There was also the woman whose husband was stationed at Farnborough for a twelve-month period in the mid-1960s and who was directly implicated in a strange event involving the monitoring of an unidentified radio “signal” or “language” that had been detected by staff at the base. “They could not decode or decipher [the signal],” said the woman. “[My husband] told me that it definitely was not of human origin, and he could say no more. I think he keeps a lot to himself about his true feelings. I know he has been sworn to secrecy by the RAE––the Official Secrets Act, no doubt––but something of great importance happened that day they snatched those special signals from space, I feel sure.” It's an account that was told in the pages of  Arthur Shuttlewood's book, UFO Magic In Motion (Sphere Books, 1979).

Then there is “Hannah Green,” who lives practically on Farnborough’s doorstep. “I’ve got one hell of a view; I live in a very high spot and can see the roofs of the hangars at the base,” she stated in a 1996 interview with me. Furthermore, she had a remarkable UFO account to tell. On a clear, bright evening in July 1977, Green and her family were driving through the nearby Minley Manor Woods when their attention was drawn to two “coach-loads of troops” who were entering the woods.

“We had to reverse and go back, and as we did so, I noticed just to the left what looked like a small, man-made valley with steep sides about fifteen feet deep. But inside this little valley, there were two clear burn marks, which looked like something had either landed or crashed.” Green added that the presence of so many soldiers in the area concerned her family to the extent that they swung their car around and drove back in the direction from which they had just come. All was normal until they approached a bend in the road.

Standing on a gentle slope around the corner were two of the “strangest-looking men” Green had ever seen. Both were of an impressive height but exceedingly thin and dressed in “all-in-one, white, tight-fitting suits with headgear like the astronauts in the Apollo missions wore.” For a moment the two “men” remained still; however, as Green and her family watched transfixed, both suddenly broke into a run and headed for a clearing. Most bizarre of all, as Green continued to follow the path of the two men, they literally disappeared before her eyes. “They vanished; simply vanished,” she explained. “I never forgot that. I came home, drew a picture of the two men, and wrote an account of it because it really shook me up. And I’ve never been in the woods since.”

Green continued that a number of unusual events occurred shortly afterwards that she felt were potentially related. First, she learned that, under cover of darkness, an inordinate amount of digging was going on deep within the woods. Who was doing the digging? None other than the Army. Precisely what they were looking for, Green never found out; but the mere fact that the Army’s activities were undertaken late at night aroused her suspicion that it was somehow connected with the curious “burn-marks” seen in the woods, not to mention the two strange-looking “men” who fled the area. 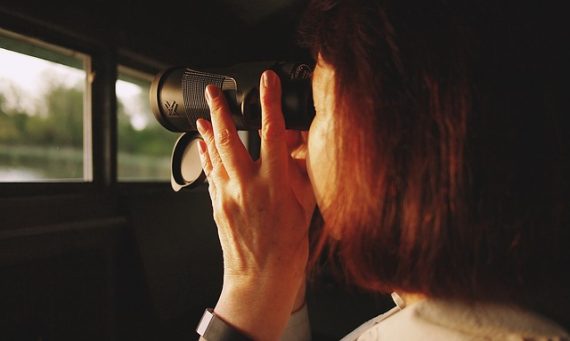 Green recalled a second curious event that occurred not long after: "It was October 1977, in the mid-evening. There was what I call a 'large black cigar' over the cornfields to the back of our houses. It traveled up on to Fernhill and then headed down towards the woods. By this time I was hanging out of the window, binoculars at the ready. I waited for about five minutes and could then see it above the trees: a white light on the back and a green light on the front. It then headed in my direction, and I could see that it was about sixty feet long, very black; but there was no sound whatsoever. It came right over me, and within a few minutes I was feeling very sick and dizzy. I couldn’t stand up, and it was all I could do to get myself into bed fully dressed. I couldn’t even undress myself. In those days we had many sightings, all of which happened as the work was going on in the woods."

This unresolved case raises important questions. Is it possible that the unusual scorch marks seen within Minley Woods were the result of some form of UFO crash-landing? What was occurring within the woods that required the attendance of “two coach-loads” of Army troops? Who were the two tall “beings” dressed “like astronauts” that seemed intent on exiting the area with the utmost haste? And what of the odd digging that went on after dark? Had the military discovered “something” in Minley Woods that they were attempting to retrieve?