I don't know what UFOs are, but I do know one thing. I can say with confidence that according to hundreds of thousands of reports across the globe and going back over several millennia, humans have a knack for encountering unexplainable things.

Does this mean that every single anomaly is a message from spirits, alien beings, or mystical entities? No. Just because someone saw something doesn’t mean that it is real, objective or honest. Lying and hallucinations are authentic phenomena. Moreover, many things that were once spooky to our little species have since been explained. We know that bubonic plague is not caused by evil spirits and that lightning is not the wrath of a vengeful god. That being said, there are still many things that escape our explanation. Many mysteries remain, and bizarre sightings and events continue to haunt us. Indeed, one day, many more of these odd events will be explainable as our ability to learn, grow and understand changes. We will continue to develop. With all that being said, errors and delusion happen, but can we claim that nothing is outside of current human knowledge? We still have much to learn.

The UFO, as an objective and cultural phenomenon, is undefinable. Author and academic Dr. Jeffrey Kripal, in his book, The Super Natural; A New Vision of the Unexplained, compares the “UFO phenomenon” to “a wastebasket problem.” He writes that the,

“UFO phenomenon is not a single thing. It is a broad set of things that are constantly being confused and mixed up.”

We tend to hold assumptions, the vast majority of which are influenced by our cultures, histories and collective mythologies, concerning exactly what we believe the UFO phenomenon to be. We toss all those assumptions into the wastebasket, creating a chaotic mix of ideas which have little rhyme or reason to be together. As I continue to study both the community and the phenomenon, I am at a loss on how to properly define the term “UFO phenomenon.”

We lump alien abductions and extraterrestrial contact in with seeing strange lights and unknown objects in the sky. The channeling of inter-dimensional entities or spirits, and even poltergeist activity, often accompany UFO sightings. Sightings of Sasquatch often accompany orbs and aerial lights. Are these all part of the UFO enigma? While the term “UFO” itself began as an American Cold War military response to ‘foo fighters’ and flying saucers, it has often been co-mingled with parapsychological phenomena such as remote viewing and telepathy. How about ancient sightings and reports of fairies, goblins, and elves? Various other modern creatures like the Mothman and the Flatwoods Monster also have connections to the UFO phenomenon. How about New Age mystical beliefs, UFO cults, demonology, secret military black aerospace projects, seeing ghosts of deceased loved ones, and near-death experiences? It is impossible to make adequate distinctions. 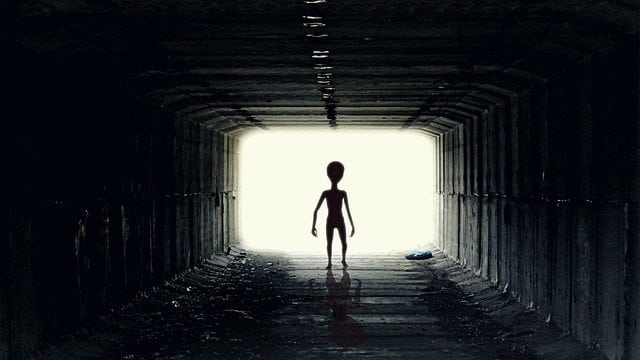 The UFO is incredibly pervasive, not because of the number of sightings, but because it seems to co-mingle with a vast array of established and soon to be established mythological constructs. Interestingly, it is possible to trace the various shifts in Ufological thinking across the century. From ancient mythological creatures, to evil bacteria prone Martian invaders, to flying saucers piloted by men from Venus, to extraterrestrial Greys and Nordics from distant stars, to ultraterrestrials and interdimensional beings crawling through portals, to TicTac piloting “Others,” the UFO has always been symbiotically connected to broader cultural motifs, anxieties, and ideologies. The UFO is undefinable because our cultures are. UFOs are the ghosts which haunt our socio-cultural zeitgeist, and we, in turn, haunt UFOs and make them reflections of us. It is impossible to understand what UFOs are because, fundamentally, we do not yet understand what we are.

Our cultural ideologies are constantly changing and shifting. Our values and worldview evolve. To paraphrase philosopher Guy Debord, we live in and as “representations” of the real, in a spectacle of reality, and not totally in the ‘real’ itself. This begs a key question. What contemporary ideological constructs will shape the UFO reality going forward?

With last year’s revelations concerning the Advanced Aerospace Threat Identification Program and the Advanced Aerospace Weapon System Applications Program, a very specific framework is continuing to form around the phenomenon. Former intelligence officers and current defense contractors are involved in Tom DeLonge’s To The Stars Academy of Arts and Science. We learned that the Defence Department put boots on the ground at Utah’s Skinwalker Ranch, as well as other alleged “paranormal hotspots.” We know that today, a private corporate security firm monitors the Skinwalker gate. How long before serious discussion surrounding meta-materials turns to the potential manufacturing of weapons and military hardware? While the military conspiracy trope has a long history in the Ufological narrative, the lines between absurd conspiracies and factual investment into the study of UFOs are blurring.

With defense contractors and players in the military intelligence game openly getting into bed with the UFO community, am I the only one who is a little nervous? As author Robbie Graham pointed out in his book, Silver Screen Saucers, the military has always tried to have a hand in the creation of fictional UFO-themed films. However, it seems that they are much more involved in the factual aspects of Ufology, and if their intent in dramatic films is to manage the message, what ideologies and hegemonic systems are being established when it comes to the “real” thing?

If 2017 has shown us anything, it is that the tenets and ideas within UFO research can change quickly. If anyone asked me in 2016 whether the majority of the UFO community trusted certain military and intelligence organizations, I would have guffawed. Today, my Twitter feed is a massive military industrial love-in. Are we being sold that this phenomenon is a threat and that weaponization is part of the solution?

I am not suggesting that there is a conspiracy or some secret cabal. There really doesn't need to be. The UFO community is reflective and reflexive, and every cultural movement is influenced by a wide collection of experiences and events. The only Ufological reality we can be certain of is that reality is changing.

In retrospect, maybe the one thing I know about UFOs is that I know nothing.

Strange and Terrifying Encounters with Skinwalkers