When a Bit of Paranoia in Ufology is Justified

In a recent article here at Mysterious Universe I described how, on occasion, people in the UFO research field have fallen victim to paranoia. And, on some occasions, to an almost life-crippling degree. In many cases, the paranoia was provoked by wholly down to earth issues that were misinterpreted and blown out of proportion. A perfect example of one such case: back in the 1990s, I had a friend, Wayne, who lived in a little village in the north of England; a friend who was deeply involved in the UFO subject. Wayne told me that on three occasions across a period of several weeks, an old, black-colored Jaguar car was parked directly opposite his house, on the other side of the road. He was seriously concerned it was the Men in Black, carefully watching him. It was not.

After confronting his neighbor (in a fashion which didn't really help the situation at all), Wayne was told that the car belonged to his daughter's boyfriend. The boyfriend, it turned out, was someone who restored old, classic cars and then sold them for a good price. The car was a 1950s-era Jaguar, which soon went up for sale. Mystery solved. In fact, there was no mystery at all: just a mind overwhelmed by MIB-driven paranoia. Sometimes, though, it's very easy to see why paranoia might occasionally surface and for legitimate reasons.  I'll share several examples with you.

Greg Bishop is a good friend and the author of a number of excellent books, including Project Beta (on the weird and even sinister UFO-themed saga of Paul Bennewitz and his, Bennewitz's, descent into a state of overwhelming paranoia), and It Defies Language! The latter is a book that contains dozens of Greg's articles on UFOs. Greg has a strange story to tell that is relevant to the subject of this article. He says: "Mail tampering is the darling of clinical paranoids, but nearly every piece of mail that the late researcher/abductee Karla Turner sent to [my] PO Box looked like it had been tampered with or opened. Since this is easy to do without having to be obvious, we figured someone was interested in her work enough to make it clear that she was being monitored. She took to putting a piece of transparent tape over the flap and writing ‘sealed by sender’ on it. Karla pretty much took it for granted after awhile, and suggested I do likewise." Moving on... 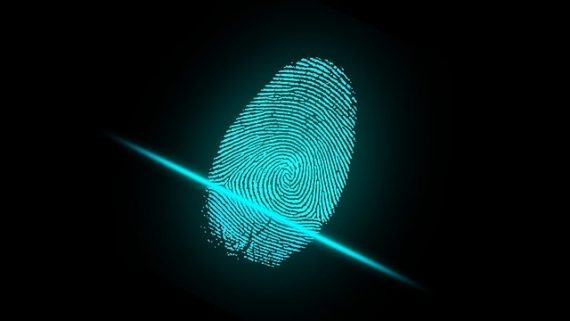 Lisa Hagan has been my literary agent for around a decade-and-a-half. Some time ago, Lisa shared with me several strange experiences she had and which gave her reason to be concerned. Lisa said that on several occasions, late at night, she heard the trunk of her vehicle open. She explained the situation: "It’s very dark where I live and there are only a few people here. It’s very heavily wooded and there’s a lot of farmland. And it’s all dirt road, so there’s not a lot of traffic. So far, it has happened to me at least three or four times. My house is a long bungalow, and my bedroom is on the end, near the car-port. And, periodically, I’ll be lying there reading, with the light on. It’s always been between 10:00 and 11:00 at night, and I’ll hear my vehicle trunk open. Then I hear it close. I do have a picture of a hand-print, in the dust on my trunk that I took after it happened one night. I kept the picture in case I wanted to do anything with it, which I did not. If I had wanted to I could have crept up in my pajamas and intervened, but what would I do? It made me mad, though. Nothing was ever taken from the trunk. But, I did check if anything had been put in there. Those bugs are small though, so who knows?"

Lisa also had a run-in with what John Keel termed "phantom photographers." Over to Lisa: "It was a Sunday and I was in the kitchen making something, standing at my kitchen sink. And, I saw a flash to the left. In my yard. I looked over and there was a little white Honda. An Accord, I think; two people. There was a guy taking pictures of the side of my house. And then they drove right in front of the house and took a picture – right where I was standing in front of the kitchen window. They were only about two car-lengths from the window. They went down passed my house and then came back. And then they drove off. That made me nervous and my anxiety went up. My intuition, my alarm bells, went off." 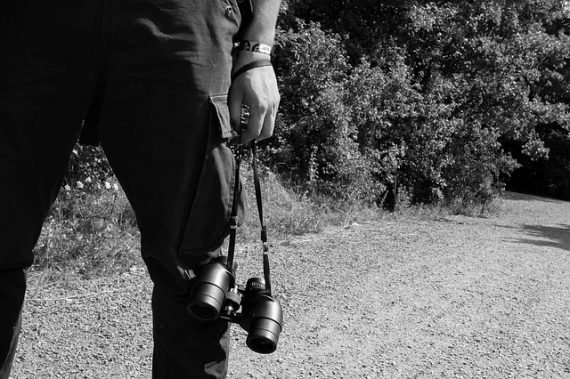 Finally, from Lisa: "The other story is that my aunt and I had seen a UFO on our farm. This was Christmas night, 2015. And, on the 26th she left. I called and asked friends if they wanted to come over, to look for UFOs. They were like, 'No, we’re already in bed.' But, another friend wanted to come over and see if we might see anything. We were standing by the trunk of my vehicle – the trunk someone had been in and out of – as we had the iPads and the binoculars resting on it. It was a beautiful night and we were talking and looking around. As my friend left, he said that when he was maybe ten cars away from me, around a row of trees here, there was a black, unmarked SUV with a lot of antenna on it. Not long after that, the same friend was driving on our main road – the road that everyone lives off – and there were two of those SUVs, with men outside them with binoculars, overlooking our farm."