Yes, No, Maybe, or Mystery? Oddities of Automatism and Ideomotor Response

Automatism is the performance of actions by humans for which there is no apparent conscious awareness. Of all the varieties of unusual functions of the mind and body, it remains one of the most peculiar, on account of the alleged paranormal phenomena that are often associated with it.

More specifically, scientists have long recognized the psychological phenomenon known as ideomotor response, which is commonly associated with the seemingly mysterious movement of the planchette, a small heart-shaped board which functions as a sort of “cursor” when used with Ouija boards.

I’ve written about my interest in these well-recognized psychological phenomena before in the past, not so much having to do with the parlor games of Ouija boards and their respective planchettes themselves, but instead with a focus on the claims of those who have used them. In quite a few instances, credible individuals I’ve spoken with have described experiences they’ve had with such things, which appear to convey that accurate information had been obtained using them, which the users themselves could not otherwise have known. 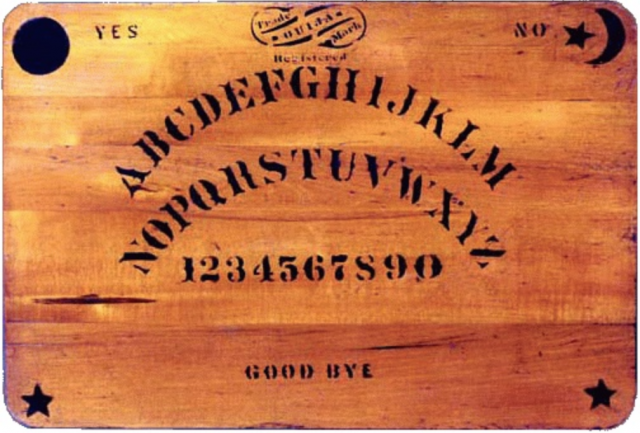 One of the most notable instances related to me which involved Ouija boards used in such a manner was shared with me by the American singer/songwriter Ellis Paul a number of years ago, during a live radio broadcast where he was performing some of his songs and sharing the stories behind them.

“I have a song called ‘Conversation with a Ghost’ that’s about my one weird paranormal experience,” Ellis told us that afternoon. “I was out for a run with a buddy of mine named Vance in Boston, and he said ‘why don’t you come over for dinner?’ I said sure, and before we left we sat and had a glass of eggnog since it was around Christmas time. Once we got over to his place, his girlfriend, Margaret, was working on dinner in the kitchen, and I said ‘Well what have you been up to?’ She said, ‘I just bought this Ouija board for a dollar at a garage sale.’ She said she’d kinda been addicted to it, talking to some ‘spirit’ with a friend of hers named Beth. She’d been on it like most people get on the Internet, just going haywire. I told her, ‘You know, I’m kind of a doubter on that kind of thing, so why don’t we get it out as part of the dinner party?’ I thought we’d take it for a spin, and see what happens.

“There were about fifteen of us there, and we went into the living room. I was the one asking questions to the ghost, whose name was ‘Pug’—Margaret Putnam was her real name, but ‘Pug’ was sort of a handle she apparently used communicating through the Ouija board. I asked Pug, with Beth and Margaret on either side of the board handling the little wooden triangle, ‘what song did I play last night?’ It spelled out R-A-I-N. Sure enough, the night before I had played a song called ‘Let it Rain’.” The singer laughed this off, saying half in jest that “if you’re gonna pick a title for a song, ‘rain’ might be in a good percentage of them.” This first coincidence was, perhaps, easiest to write-off, but from this point, things continued getting stranger.

“Then, I asked ‘what’s the name of my booking agent’, which was something I knew neither of the women operating the Ouija board new. It spelled out G-E-R-M-A-N-E, or Germaine,” Ellis said excitedly. Indeed, this was the name of his booking agent, although he points out that Pug “misspelled it by one letter.” In spite of being correct, Ellis joked that there must not be a spell check feature on Ouija boards, and admitted that he “kinda let that one go, too. Then I asked it, ‘What did Vance and I have to drink before we came over here?’ It spelled out N-O-G, and I got up and I locked myself in the bathroom for a while, freaked out. I ended up writing a song about it, based on someone who had passed away, using an Ouija board to communicate.”

As Ellis had indicated at the story’s outset, the experience was so impactful to him at the time that he felt compelled to write a song that was based on the experience, “Conversation With A Ghost,” featured on his 1993 album Say Something (Black Wolf Records). During the live broadcast, we went to a commercial break around the time Ellis finished his story, which I soon learned had a brief addendum. As we removed our headphones, Ellis leaned in and told me that he even went so far as to try to verify some of the particulars of this odd experience.

“After I calmed down a bit, I decided to go down to the Courthouse and dig through records to see if I could find ‘Pug’ anywhere in Boston’s history since she had told Beth and Margaret a few things about herself. For instance, she had been married to a doctor, and also described roughly the time and circumstances of her death. Sure enough, looking around I found that a Margaret Putnam had not only existed, but had lived there in Boston, and even married a prominent doctor operating in town at the time. I was floored.” 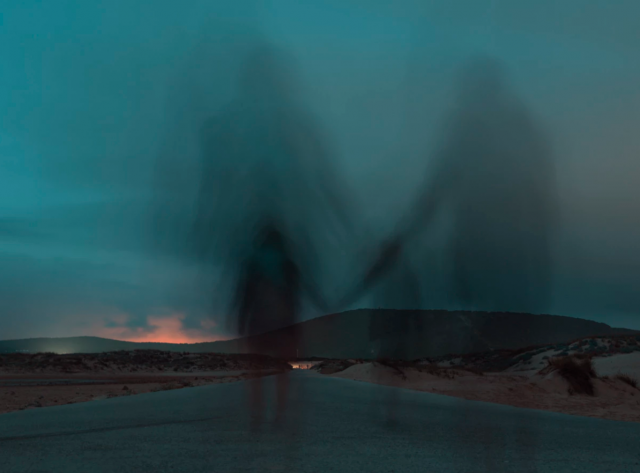 Ellis’s story always intrigued me, and it remains one of the more compelling Ouija board stories I’ve ever been personally told. Of course, in recognizing such things as automatism and the psychological or physical processes underlying them, stories like these still raise a number of questions, in that they seem to suggest information was obtained in some manner while the Ouija board was being used.

It is not the only story of its kind, however, which raises such questions. In the past, I’ve written about a similar story, in which the experiencer, Eric, described how his mother had once used an Ouija board frequently in her youth.

“Mom got so good at using it that she could actually use it by herself,” my contact, Eric, wrote to me about his mother’s odd hobby. “It wasn’t until many years later after she had long stopped that she learned using it by yourself was a bad idea! Not only that, but things that it told her 50+ years ago are still coming true even now.”

As Eric described for me, some of the things his mother had learned while using the Ouija board included significant events that purportedly occurred later in her life, as if foretold accurately by the device. Among its predictions had been that she would marry three times, and have three children. This ended up being accurate, although in an interesting way: she actually divorced one of her husbands and then married, and later re-married her second husband, with whom she had two children.

Eric noted that his mother’s eldest child of his siblings had been born during her first marriage, which ended when her first husband was killed in a helicopter crash; the Ouija board had predicted that she would lose her first husband “in a plane crash.” The board predicted that both of the woman’s husbands would serve their country “during a war in Vietnam,” despite the fact since at the time, no such war had been anticipated. Although she laughed about it at the time, she later recalled the prediction the board had made years earlier. Eric indicated that a number of other accurate predictions occurred during the time his mother used the device.

Not all of the Ouija board stories shared with me over the years have necessarily involved the acquisition of details about circumstances or events. A friend and correspondent of mine, James Malone of North Carolina, has shared a number of unusual experiences with me over time, several of which have been discussed on various episodes of my Gralien Report Podcast. On one occasion, he wrote to tell me about one of his experiences which involved an Ouija board that occurred in a home that was alleged by its owner to have been haunted.

“There were four of us in total that participated,” James said as he described the occasion. “We placed two fingers each on the planchette.”

James was joined by three others, which included his longtime friend Bill, the owner of the house where the events occurred. “We called out to the so-called ‘entity’,” James explained, “and after a couple seconds nothing happened. Again, I was let down by the Ouija Board. I was certain it was just people that moved it. And we began a discussion about this but kept our fingers on the planchette.”

James and his company began to ask questions, which included who the presumed “entity” might be. As the planchette moved, it spelled out the name “Tom.”

“I still had my doubts,” James said, “but the thing kept moving. We kept on with the questions, but it never really gave us straight answers. I felt whatever it was had been toying with us. So, I began to ask more specific questions.”

As the four of them asked more questions, James said the planchette began to move faster, and before long, unpleasant things were being spelled by the curious movement of the planchette.

“It began to spell out obscenities and make violent threats to us,” James said. Continuing in spite of this, he and the others simply swore back at it, and at one point Bill and one of the two girls that accompanied the group removed their hands from the planchette, after which James said that it continued moving in the same figure eight as it had before, and at the same pace.

Finally, the planchette had grown hot to the touch, which in James’s mind had possibly resulted from the friction of having moved across the board. At one point, James noted that he crouched at eye level with the planchette to observe its movement. “And yes, it was still moving. To my astonishment, I saw that it was not touching the board, but it hovered a millimeter off the surface while it made its figure eight motion.”

“At that moment,” James recalled, “as if it knew what I was doing, it flew off the board and onto Bill’s bed that was only a foot or so away.”

As I’ve noted before, we can certainly account for things like ideomotor response and automatism, as James even believed had been the cause behind the movement of the planchette in his own experience. Such known faculties of the human mind and body might also account for some of the other perceived phenomena associated with devices like Ouija boards, but can it necessarily account for information conveyed through individuals who otherwise had no access to such information, as the stories of Ellis Paul and Eric’s mother from earlier would seem to indicate? Perhaps there are still a few aspects related to automatism and the ideomotor response that have yet to be fully explained.