Every month it seems like some new form of ‘dark’ stuff is discovered which has the potential to rewrite huge chunks of scientific textbooks: dark matter, dark energy, even dark life. When will the darkness stop? According to some new mind-bending research published in the journal Astronomy & Astrophysics, never, because 95% of the universe could be covered in a mysterious and bizarre “dark fluid.” 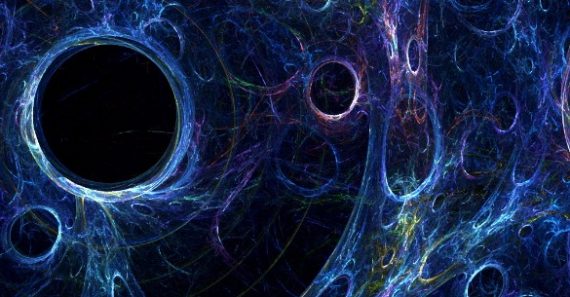 This new study attempts to solve one of the longstanding mysteries of astrophysics: why seemingly empty space in the cosmos seems to exert gravitational forces on objects. Theories proposing dark matter and dark energy don’t quite reconcile the gravitational effects physicists have observed in seeming empty space with the theory of general relativity, and that’s where this new theory of “dark fluid” comes in.

According to Oxford physicist Jamie Farnes, author of the theory, Einstein’s theory of relativity and the concepts of dark matter and dark energy can all work together if we combine dark energy and dark matter into a dark fluid which covers nearly everything in the universe:

Previous approaches to combining dark energy and dark matter have attempted to modify Einstein's theory of general relativity, which has turned out to be incredibly challenging. This new approach takes two old ideas that are known to be compatible with Einstein's theory—negative masses and matter creation—and combines them together. The outcome seems rather beautiful: dark energy and dark matter can be unified into a single substance, with both effects being simply explainable as positive mass matter surfing on a sea of negative masses.

Farnes admits that the idea of fluids with negative masses “sounds a little far fetched” but assures that “they are considerably less strange than you may immediately think.” The concepts of negative mass and negative energy can resolve many of the problems in modern physics - although we currently don’t have any way of conclusively proving they exist; their existence is merely inferred from gravitational effects seen in deep space. 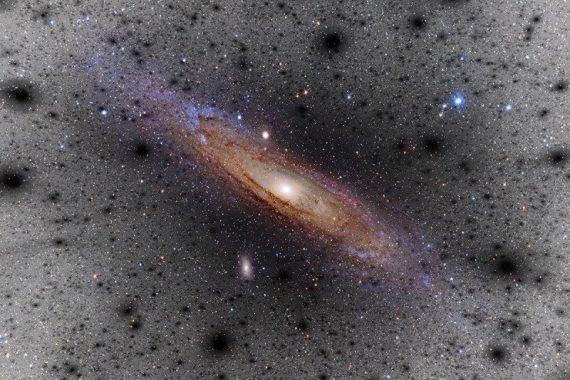 While I can only begin to wrap my head around these theories, it’s pretty fascinating to think that we may only be able to perceive 5% or so of the stuff in the universe around us. Who knows what may be out there?

Cyborg Plants Can Move Themselves Around Autonomously