An Alien Hazard of the Deceptive Kind

My recent article, "Before Lazar: UFOs at Area 51 (Or Not...)" began as follows: "In a recent article here on Bob Lazar, UFOs, Area 51 and Russian spies, I noted how the whole UFO angle of Area 51 might be a big game; an operation chiefly designed to try and reel in Russian spies. In my new book, Area 51, which will be published on January 1, I tell the story of another man who found himself in a very similar situation to Lazar, but close to two decades before Lazar was on the scene. The entire story is way too long to tell here, but here's a summary: To demonstrate that the connection between Area 51 and UFOs goes back a significant number of years – and long before Bob Lazar almost became a household name - we have to go back to the dawning of the 1970s. The story comes from a man I’ll call John, and who I met back in the mid-2000s. It’s a story of incredible proportions and which clearly demonstrates that when it comes to the matter of aliens and the legendary secret base, nothing is as it seems to be. In fact, it’s much weirder." 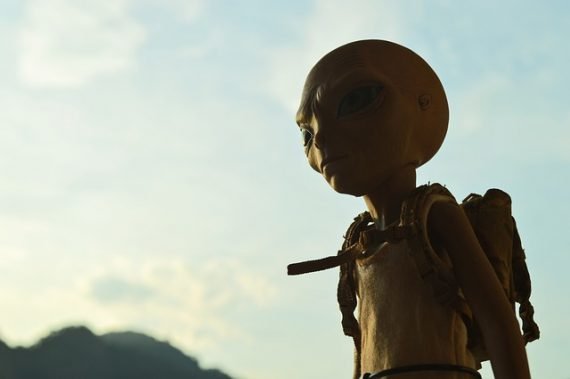 In light of the above extract from the earlier article, I thought I would share with you one of the weirdest stories that John shared with me. The strangest file of all, John stated, was titled “Suit Study 48 Armageddon.” This was a very long document which was directed towards addressing the nature of the clothing found on at least some of the strange, alien aviators who had lost their lives and who came from who knows where. The location: Nebraska, which is also where the study secretly went ahead, the files on which having later reached Area 51. In these particular cases, the outfits worn by large-headed, humanoid creatures were of a bright yellow color and somewhat resembled the outfits worn by military pilots. The biggest problem of all was removing the clothing. There were no zips, no buttons, no nothing. It took the team tasked with examining the clothes several hours to remove them – but, when they understood the process, it all became relatively simply. It turns out that the suits were held together by something that vaguely resembled today’s Velcro. But, with one amazing difference: it was as if the fibers were alive and bonded according to the particular wearer. An intelligent, self-aware outfit? As incredible as it sounded, that’s exactly what the files John read suggested.

On one occasion, one of the team volunteered to try on one of the suits; as a six-footer he just about managed to squeeze himself in. It was something he sorely regretted in rapid-fire fashion. When the man climbed into the one-piece uniform, the fibers seemingly recognized that the man was taller than the average alien and the suit altered – size-wise – accordingly. Things got even more bizarre – and terrifying, too. Within seconds, the man revealed later, his mind was filled with imagery of worldwide destruction, of countless cities in ruins, of billions of dead, and the Earth in an Armageddon-like state. The man started to panic, to the degree that he started to hyperventilate to a major degree. His colleagues and friends quickly tore the suit off him. After recovering, the man was extensively debriefed by an out-of-state team of Intelligence personnel. He told them that he felt – or speculated - the alien outfit somehow retained the memories and thoughts of its previous wearer. 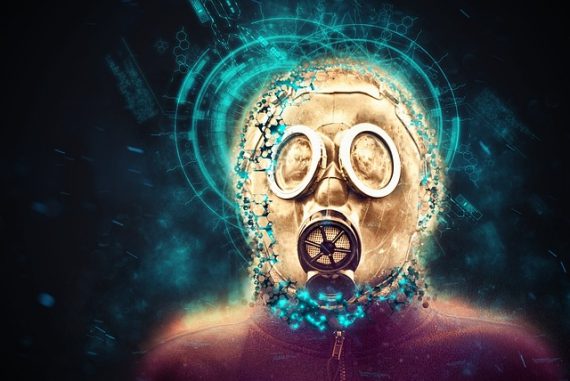 The result was that when the man put the suit on, he had picked up on the apocalyptic images which flooded his mind. This led one and all to suspect that the aliens were deceptive, dangerous entities that wanted us, the human race, gone – hence the images of what looked like a worldwide nuclear war designed to wipe us out. Personnel from both NASA and the CIA expressed a deep interest in the suits, but John was unable to remember any specifics as to what the outcome of that angle may have been. Notably, though, the one thing that really stayed in John’s mind was the revelation that the suits were deemed to be somehow alive. As a result, they were locked away, with clearance limited to only a very small group of people who knew how to handle them and who knew the potential dangers and hazards they promised.

Well, that's quite a story, to say the least. As I mentioned in my previous article, John came to believe that all of these controversial documents were bogus - and probably designed to confuse and manipulate the Russians when  the Cold War was still at its height. I have to agree. The story above is - in my view - nothing but wild science-fiction. If it looks like sci-fi and it reads like sci-fi, then it probably is. As many know, I'm not much of a fan of sci-fi at all. But, I do know it when I see it! And this is clearly such an example. So, who might have been the creator of this wild, bogus shit? You can find the answer to that question in this previous article from me...it was a woman tied to both the CIA and the world of science-fiction...