When you name a ship the HMS Terror, you’re already dooming it to a fate that doesn’t include parties or tropical cruises. That was the case with the British warship christened with that name, which saw action in the War of 1812, including being on the losing side of the Battle of Baltimore which inspired Francis Scott Key to write the "The Star-Spangled Banner.”

Failing to quit while it could still float, the HMS Terror was later converted into a polar exploration ship and became infamous as one of two ships lost on Sir John Franklin’s 1845 attempt to find the Northwest Passage – an expedition that resulted in the deaths of all crew members, but not before they resorted to cannibalism. Now, the curse of the name HMS Terror has appeared again with Inuits fearing that the wreck of the ship, discovered on the southern coast of King William Island in the middle of Terror Bay (will people who name things never learn?), has killed six more people. Is this terror of the Terror real? Can it be stopped? 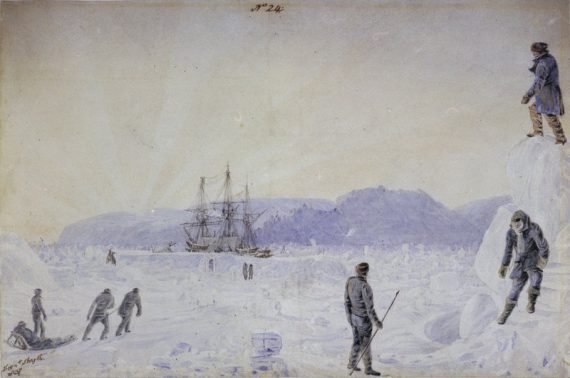 "People are superstitious. They feel there is a connection between the deaths and disturbing the wreck sites."

CBC News reports that Inuits belonging to the Nunavut community of Gjoa Haven, the only settlement on King William Island, held a meeting to discuss six unexpected deaths that occurred shortly after expeditions to study the wreckage of the Terror. One speaker, Jacob Keanik, said his brother and nephew drowned in a boating accident, followed by two other men dying in an all-terrain vehicle accident, a community elder passing away and a school employee suffering a fatal heart attack … all in a two week period after the expeditions. Keanik also warned that some locals had been having premonitions.

"My late mother told me, even before these shipwrecks were discovered...the whole King William Island has non-human people that we cannot see. It's a funny feeling when we get on the other side of the island. You sense that somebody's around you, but there's nobody around you."

Those feelings that “the wrecks are cursed and should not be disturbed" awakened a second curse … money. The discovery of the HMS Terror and sister ship HMS Erebus has turned the area into a potential tourist attraction (Terrorworld?) and cooperation with the locals is necessary. Besides, who wants to eat at the local diner when all the waitress can talk about is the ‘invisible non-human people’? 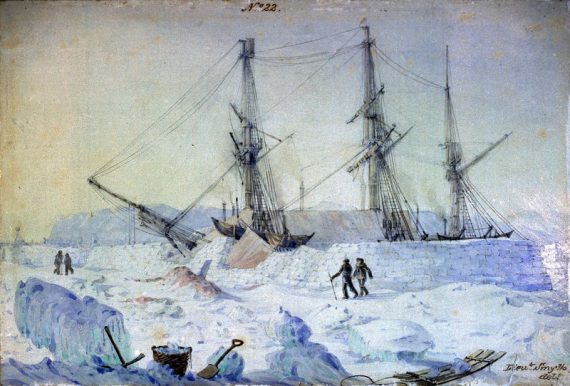 "It is only artifacts that are being found and being taken off wreck sites. There are plans in place that if any bodies are found, they will be left in place. We will not bring up or disturb human remains."

That statement by Fred Pedersen of the Kitikmeot Inuit Association wasn’t enough to calm their fears. Parks Canada spokesperson Dominique Tessier was told that the wreck of the HMS Erebus had been blessed by the Guardians — Inuit caretakers appointed to monitor the Franklin shipwreck sites — but the HMS Terror never was. That was easy to fix.

"This summer, following the tragedies, elders blessed sand from Gjoa Haven and the Terror Guardians brought it to the wreck of HMS Terror, where they sprinkled it over the wreck and performed a blessing."

Did the blessing end the latest curse of the HMS Terror? Only time will tell. Did it chase away the invisible non-human people? How will they know?

China Teams with Russia to Build Own HAARP