Another Breatharian Tries to Peddle the All-Air Diet

The quest for the secret to losing weight and keeping it off ultimately leads to reducing caloric intake. At some point on that graph, the consequences outweigh (no pun intended) the losses and the dieter ultimately gets complimented on at least looking good in their coffin. That doesn’t seem to be the case with so-called Breatharians who seem to pop up once a year claiming they can live on little (a relative term) but air and sunlight and yet they never seem to be thin or even close to the “after” photographs in diet ads. They’re back again, so it’s time to listen to their unbelievable testimonies along with the warning: “Kids, don’t eat this at home.”

“I was maybe eating every three or four days at first, but now I can go months without food or water and even then, only have a mint or so to take away any bitter taste in my mouth.”

Stifle that “Aha! It’s the mints!” for a moment and hear the story of Khai Ho, an average-looking guy (weighing in for his height at a normal 180 pounds) from Birkenhead, Liverpool, who reveals in a recent interview that his weekly intake is 100 calories in total (that’s about 10 of the non-sugar-free breath mints). What is even more amazing is that Khai is a pizza delivery guy – what kind of monster can live on mints and oxygen while breathing the smell of hot pizza for eight hours a day? 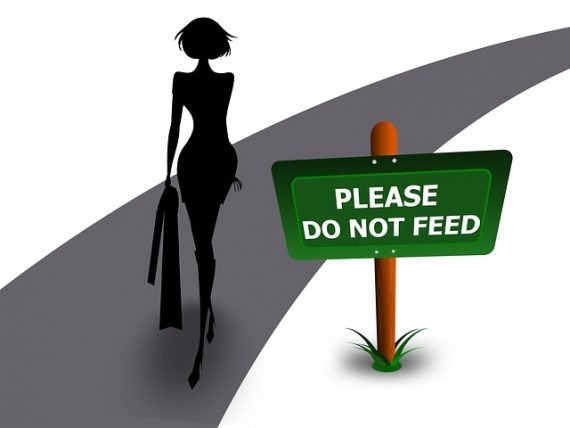 “I have never really felt hunger and never took much interest in food as a child. My mum was always worried about me and still is, she often cooks for me and I have to tell her not to bother as I won’t touch it. I could never really embrace that state of consciousness that I was after, until about four years ago when it became more serious.”

State of consciousness? That’s the signal to begin the discussion on Breatharianism, which Khai claims to practice. The Hindu (no surprise there) belief in breatharianism or inedia (Latin for ‘fasting’ and pronounced like “’I need ya’ to get me a pizza”) promotes the health benefits of sunlight and air while ignoring the fact that countless practitioners have died of starvation. Keeping this secret is easy to do in India, but controlled tests by westerners typically report that the subjects were often moved out of their sight for brief periods or had contact with others who refused to be searched. Snopes and other investigators generally find that breatharians get caught sneaking food in some fashion. The Breatharian Institute of America, run by Wiley Brookes, has reportedly been known to charge anywhere from $100,000 to one billion dollars for breatharian training and an immortality workshop. Why does someone who spends nothing on food need that kind of money?

Before attempting a Breatharian diet (even if you have a billion bucks to blow), bounce the idea off your doctor or nutritionist. They should be more than happy to whack you upside the head with a loaf of bread before stuffing it in your mouth as they show you pictures of what lack of food and water does to your kidneys and other vital organs before shutting them – and you – down for the good. At that point, looking hot in tight jeans no longer matters.

Does anyone believe in biology anymore?

Cattle Mutilations: Getting Past the Sacred Cows