Another Canadian Witch Arrested Two Days Before Law Was Repealed

Back in October, I wrote about the case of a Canadian woman arrested on witchcraft charges under one of Canada's so-called "zombie laws," antiquated elements of the criminal code that most everyone agrees have no place in modern society. Well, since then Canada has repealed some of those "zombie laws," including the provisions about "pretending to practice witchcraft." Yet good old-fashioned witch hunting wasn't about to go down without a fight in Canada. On December 11,  just two days before the laws were repealed, another Ontario woman was charged with pretending to practice witchcraft. Tiffany Butch, 33, will be the last person to answer for witchcraft charges in Canada when she appears in court on January 22, 2019.

Butch, who goes by the moniker "White Witch of the North," says she's not a witch, just a psychic, and that she only uses the white witch title because she thought it was cute. While I do respect the insistence on differentiating between witches and psychics, it reads like a pretty poor defense. The vast majority of people not mired in the weird side of life aren't going to see a difference, and pointing it out won't do much except raise their eyebrows even more.

The charges levied against the White Witch stem from an incident in which Butch allegedly told a client some evil was about to befall them unless they paid for her services. According to Marc Departie, a spokesperson for the Timmins, Ontario police force:

"(In) this particular set of circumstances, the person gave them a sense of foreboding that a dreadful thing was about to happen to their family at some point ... (that) they should provide them with financial compensation so they could perform some sort of mystical service that would prevent that from happening."

Once again, if true, that's a huge abuse of power or abuse of perceived power, however you want to call it. However, Tiffany Butch says she has never pretended to be a witch—once again Tiffany, that's really not going to help you here—and when asked if she had ever illicitly demanded money she flatly refused:

"Absolutely not. I don't know who this person even is, and none of my customers from October to now have put in any complaints with me or asked me for refunds back." 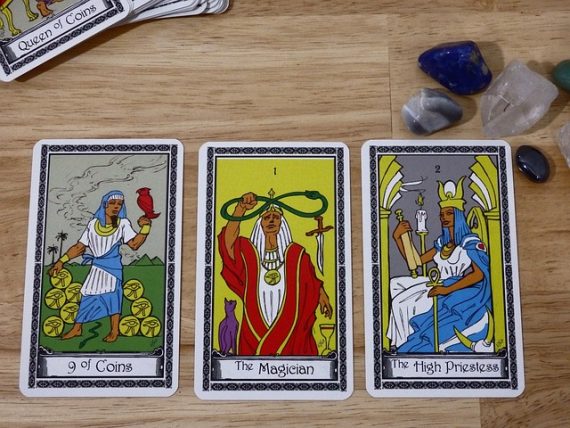 According to the CBC, Butch believes she was framed by other psychics. It really is a savage industry.

Police, for their part, are fully embracing the last gasp of pretend witch hunting, saying that the impending removal of the witchcraft laws had no bearing on their decision to charge the White Witch of the North. According to Marc Departie, elements of the case were "best captured" by the witchcraft laws. In a statement, police said that the accused maintains an alias—It's unknown if they're referring to the White Witch name. If so, that seems a tad bit overzealous.—and "holds herself to be a self-proclaimed spiritualist, medium and clairvoyant."

They also took the opportunity, perhaps the last one they'll get, to remind the public to be on their guard for "extravagant claims of impending danger" made by those proclaiming to have "clairvoyant or mystical powers." Which is good advice, up until you really do have some extravagant impending danger hanging over your head.