Are UFOs and ET the Same Thing? Here’s Why Making That Presumption is a Problem.

It's been almost a year since the New York Times dropped a bombshell last December, which detailed the existence of a secretive UFO study program overseen by the Pentagon.

The news was shocking for many, as it was the first public confirmation of taxpayer-funded UFO studies undertaken by a U.S. Government agency since the conclusion of Project Bluebook, the United States Air Force study that ended in 1968 (although there are whispers of other, smaller-scale studies that may have occurred since that time).

Few details were given about the program, apart from its name--The Advanced Aerospace Threat Identification Program--and confirmation of its existence by the likes of Luis Elizondo, the former head of the program, as well as politicians like Harry Reid who helped secure funding for it. It was also revealed that much of the funding allocated for the program--a meager $22 million, according to the NYT--was funneled to aerospace entrepreneur Robert Bigelow, who used it to outsource UFO research to the Mutual UFO Network (MUFON). Some of the funding may have also been put toward the furtherance of scientific studies of alleged paranormal activity at a ranch southeast of Ballard, Utah, known as Skinwalker Ranch.

Plenty of questions remain about all of this, of course. Despite Elizondo's entry into the private sector (he now works for Tom DeLonge's To the Stars Academy, along with a number of other scientists with similar backgrounds in the unexplained), few additional details have been forthcoming about the Pentagon's UFO interests. There were a few videos that were released, however, reportedly made with Raytheon's Advanced Targeting Forward Looking Infrared (ATFLIR) system; but as with most UFO videos, these leave much to the imagination, and remain far from being satisfactory "proof" capable of resting the doubts of the more skeptical among us. In other words, nothing conclusive about UFOs themselves--video or otherwise--has emerged with the knowledge of the Pentagon's ongoing UFO studies. 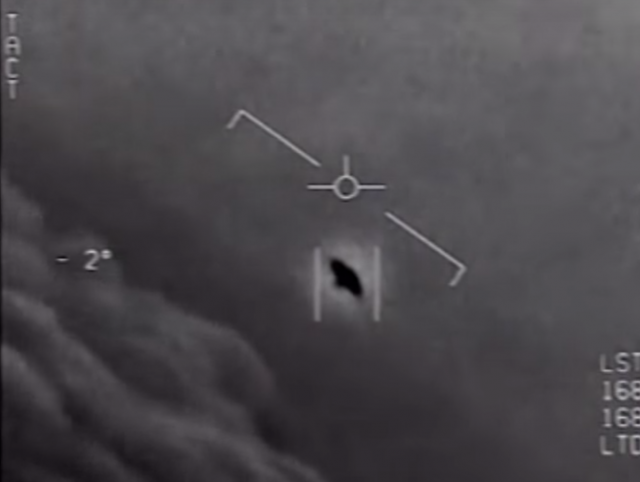 Nothing akin to further evidence for their existence was even needed, of course, in order to stir the proverbial pot of public interest. A recent article at The Daily Beast, commenting on a summary of the original New York Times piece that appeared in The New Yorker, quoted the latter as saying that, “The internet went slightly more bananas than usual last weekend over The New York Times’ story implying that extraterrestrials are real and the U.S. government has been tracking them for years.” As The Daily Beast notes, "The [New York Times's] reporting was long-awaited validation for anyone who has ever claimed a UFO sighting, or an inexplicable encounter with the beyond.

Did the New York Times really imply, as The New Yorker suggests, "that extraterrestrials are real?" In short, the answer is no: the New York Times article never even used the term "extraterrestrial" (nor it's acronym form, E.T.)... not even once. This was by design, of course: one of the article's co-authors, Leslie Kean, has long championed the case for renewed interest in the UFO phenomenon by scientific and government organizations. She has also warned against conflating the terms "UFO" and "extraterrestrial," and even addressed this specifically in the introduction of her 2010 book UFOs: Generals, Pilots, and Government Officials Go On the Record, where she noted:

It's extremely important to establish at the very beginning that neither I nor the other writers are claiming that there are alien spacecraft in our skies, simply because we do not deny data showing a physical presence of something there. The term "UFO" has been misused and has become so much a part of popular culture that its original (and accurate) definition has been nearly completely lost. Almost everyone equates the term "UFO" with extraterrestrial spacecraft, and thus, in a perverse twist of meaning, the acronym has been transformed to mean something identified rather than something unidentified. The false but widespread assumption that a UFO is, of necessity, an alien spaceship is usually the reason the term generates such an exaggerated and confusing range of emotional responses. A recognition of the extraterrestrial hypothesis as being a valid, although unproved, possible explanation worthy of further scientific scrutiny is something entirely different from approaching the subject of UFOs as if this discovery had already been made.

I doubt that Leslie Kean would call the conflation of terms like UFO and extraterrestrial a "perverse twist of meaning" if she secretly meant "extraterrestrial spacecraft" every time she talked about UFOs. Hence, why it's all the more important to address the problem she brings to light in the passage above. 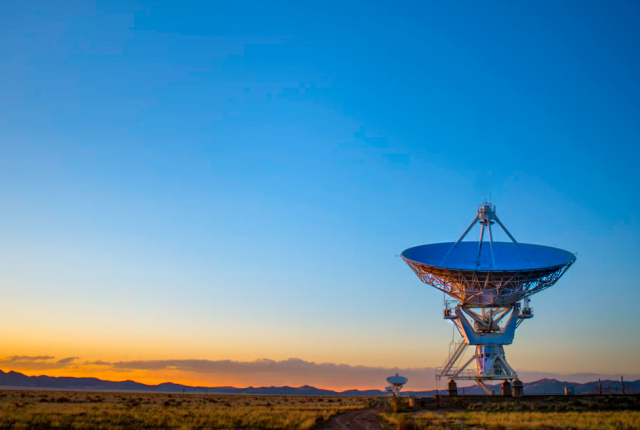 No matter how carefully we attempt to frame discussions on the UFO subject, it is often difficult to escape the insinuation that UFOs are synonymous with extraterrestrials. In my own experience, there have been occasions where I have proposed ideas like time travel, interdimensional, or psychosocial phenomenon as alternative hypotheses to explain aspects of the UFO situation (these are speculative ideas, of course, and in my opinion, some are even less likely than the ever-popular "extraterrestrial hypothesis" or ETH. Nonetheless, I have at least been willing to entertain and write about these ideas, though never committing to them in the absence of solid evidence). In such cases, the conversations have often tended to come back around to something like, "so you're saying that aliens are time travelers from the future?" In essence, the "extraterrestrial" stereotype prevails, even in cases where other theories are on the table.

Even when proposing alternatives like advanced "black budget" or military programs and experimental aircraft as possible sources for some UFO sightings (an idea that should seem entirely plausible, and perhaps even most likely in several cases), the stigma seems to remain. All too often, the idea that our government could have built some of these aircraft becomes attached to shadowy stories of "crash retrievals" and other similar things. In other words, we might be building them... but we couldn't have learned to do something like that on our own: we must have stolen our ideas from the aliens!

Note the similarity here between the "back-engineered crash retrieval" theories, and the myriad ancient astronaut ideas that have emerged over the years. Whether it's UFOs we see buzzing around in our skies today or ancient monuments that seem impossible to build even with modern engineering knowledge, the intellectual black hole that is the ET hypothesis remains ever-present.

Of course, the very fact that there are several competing "theories" about what UFOs are points to the bigger problem: that despite the popularity of the "extraterrestrial" idea, rational-minded thinkers who have looked at the subject all realize that there simply isn't enough evidence to support this idea, or any other theory about them, for that matter. We literally do not yet have enough evidence to tip the scales in favor of any single theory about what UFOs are, despite the accumulation of anecdotal evidence suggesting that they might exist... whatever "they" might be. 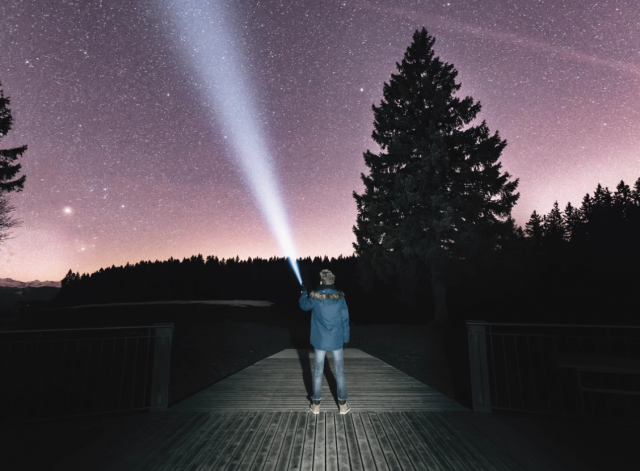 The best we seem to be able to do is acknowledge that some theories appear to be more likely than others. Arguably, the ETH could be seen as being more likely than fantastic alternatives like time travel, interdimensional gateways, or notions that UFOs are "quantum-topological" points of intersection between our perceived reality and the "Matrix" exterior to the simulation in which we operate, to paraphrase something cool that David Bowie once supposedly said about a UFO he saw.

Humans like to deal in absolutes, and nobody ever said that getting to the bottom of something like UFOs would be easy. At least on the civilian level, we appear to still be in the mode of trying to determine if there actually is a phenomenon, apart from all the anecdotal data that implies it. If... and that's a big if... there is a provable phenomenon here worthy of study (as many have argued over the decades), then perhaps some of it could be of extraterrestrial origin. It's not impossible, but it remains unproven.

We have a ways to go before we can make any firm conclusions about what UFOs are... and that's why making presumptions about them in the meantime becomes a real problem.