One of the most significant developments in the 1990s, in specific relation to Area 51, was the way in which the world of entertainment jumped on the subject. Numerous sci-fi-themed and conspiracy-driven television shows incorporated Area 51 into their stories. Seven Days, which appeared on CBS, made notable use of Area 51. The time-travel-themed show ran from 1998 to 2001 and utilized the now less than secret base as the hub from where secret traveling in time took place. Stargate SG-1 did very much likewise, using the theme of back-engineered alien technology secretly held at the facility.

The 2008 hit movie, Indiana Jones and the Kingdom of the Crystal Skull, which starred Harrison Ford, made a less than subtle nod in the direction of Area 51 by referring to a secret, government storage area as “Hangar 51.” And, unsurprisingly, The X-Files got in on the action too. In 1998, in a two-part episode, Mulder and Scully find themselves in distinctly deep water when they head out to Area 51 in search of evidence that the U.S. Government is hiding alien technology. And then there was Independence Day, which had a negative effect on the government. Or, maybe it didn't.

It was on July 2, 1996 that Independence Day was released. It became a blockbuster hit with the public. In fact, it was so successful that the movie – which cost around $75 million dollars to make – reaped in more than $800 million. In the story, hostile aliens suddenly attack the Earth; the planetary assault is completely unforeseen. The world’s military do their utmost to fight back. For the most part, the story is told from the perspective of the United States. We see cities obliterated by the aliens – and untold numbers of people are killed. Much of the country is left in ruins. But, Will Smith (Captain Steven Hiller, of the U.S. Marines) and Jeff Goldblum (David Levinson, of M.I.T.) finally manage to save the day. They do so by finding the aliens’ one weak spot. The human race is saved from the brink of extinction.

Independence Day presented the U.S. military in an extremely positive light – namely, as a heroic fighting force that could even take on aliens and come out of it all victorious. In fact, when the movie was in its planning stage an approach was made to the Pentagon by the production team to see if they could lend a hand to the story – providing aircraft and uniforms that would add notable weight to the production. The high-ups in the military were all for it. For a while, anyway. Matters changed, though, when the government got the script, and which made it clear that Area 51 was to play a large “role” in the movie. And the U.S. Government didn’t like that, not at all. At least, that's how it seemed.

In the story, we find that the President of the United States, Thomas J. Whitmore (played by actor Bill Pullman) knows nothing about Area 51. So secret is the installation, the presidential office is left out of the loop regarding not just what goes on there but even of its existence. The president ultimately learns, however, that Area 51 is a facility at which extensive research is being undertaken on the alien craft which crashed near Roswell, New Mexico. For decades, a small team of scientists has worked to crack the code of how the craft flies and the full nature of the extraterrestrial technology. Outraged, the president demands to be taken to Area 51. It’s then that we see the scope of the work and we learn how and why the secrets of Roswell have been hidden at the base for so long. 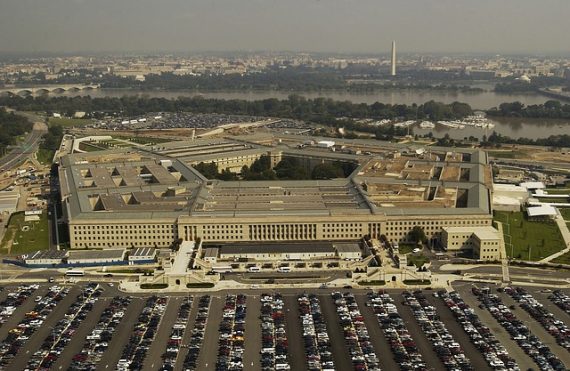 None of this impressed the Pentagon – not at all. But, the producer / writer of the movie, Dean Devlin, and the director, Roland Emmerich, were adamant that the Area 51 angle was an integral part of the movie. It had to stay in. The Pentagon said no: either pull out all the references to Area 51 or we pull out. The outcome was that the production company – Centropolis Entertainment – stood their ground and the U.S. military walked away. Of course, by 1996 Area 51 was already known to everyone. It was, after all, made seven years after Bob Lazar spilled the beans on what was going on at S-4. If, in 1996, the base was still a matter of almost complete secrecy, one could understand why the government would want any references to it kept out of Independence Day, but just about everyone had heard of the installation by the nineties and knew of its legendary reputation as a storage area for recovered UFOs and dead aliens.

Ironically, when the story surfaced that the Pentagon had pulled the plug on its involvement in the movie, and all because of the Area 51 references, it actually gave Independence Day added, unforeseen publicity and made numerous people wonder even more about what was really going on at Area 51. Maybe, though, that was the whole point.

Perhaps, the government's anger was itself a carefully-crafted ruse. In my previous article - "Bob Lazar, Area 51, UFOs and Russians" - I noted how, in the late 1980s, Russian agents tried to penetrate the secrets of Area 51, and how the UFO issue was used as a means to reel in Russian spies. Maybe, with the U.S. Government appearing to be deeply worried about Area 51 getting highlighted in Independence Day, the Russians yet again felt driven to dig deeper and deeper into the saga of Area 51 - only, once more, to find themselves the subject of a sting operation that led to the arrest of additional operatives from Moscow.

Are UFOs and ET the Same Thing? Here’s Why Making That Presumption is a Problem.