Artists Have Been Painting With Ochre For Nearly 300,000 Years

The first type of red paint used by humans was ochre and it dates back hundreds of thousands of years. Ancient art work using ochre includes prehistoric drawings on cave walls and paintings on canvasses.

Ochre is a reddish mineral that consists of oxidized iron (iron that has been mixed with oxygen). Since it is a mineral, ochre doesn’t decay or wash away over time. April Nowell, who is a paleolithic archaeologist, a professor and chair at the Department of Anthropology at the University of Victoria in Canada, explains ochre in more detail, “Its vibrant color and ability to adhere to surfaces – including the human body – make it an ideal crayon or paint base.”

Ochre really isn’t that difficult to find. It can be found in soil and rocks were the iron minerals have formed, such as the edges of valleys, cliffs, and even in caves. When ochre is found, it can be turned into powder by grating it against the ground or on a stone. After it is in powder form, it can be mixed with liquid (water, egg whites, or saliva) and turned into paint. In addition to being turned into paint, it can also be broken into small pieces and used as a crayon. 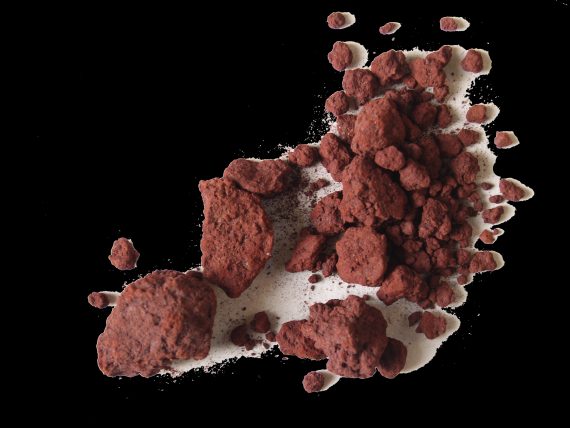 To see some ancient art created from ochre, click here.

Scientists have found evidence of early humans using ochre as far back as around 285,000 years ago in the Paleolithic period. Archaeologists found about 70 pieces of ochre that weighed around eleven pounds at a Homo erectus site in Kenya called GnJh-03.

Other evidence was found at a Neanderthal site in the Netherlands called Maastricht-Belvédère where archaeologists excavated small amounts of ochre that dates back to around 250,000 years ago. Paul Pettitt, who is a professor of paleolithic archaeology at Durham University in the United Kingdom, said that it is believed the Neanderthals perhaps turned the ochre into powder and mixed it with water in order to paint their clothing or their skin. In fact, archaeologists have found several cave paintings made by Neanderthals.

Ancient humans even used ochre in burials. Pettitt explained that it is believed that the clothing worn by the deceased were colored with ochre, but as time passed the clothes decayed, resulting with the human bones as well as the grave turning a reddish color from the mineral. In fact, this is exactly what happened in the grave of the famous Red Lady of Paviland in South Wales, United Kingdom. Although it was initially thought that the grave was that of an improper scarlet woman (since it was stained red), the burial site was actually of a young man who lived during the Paleolithic times around 33,000 years ago. 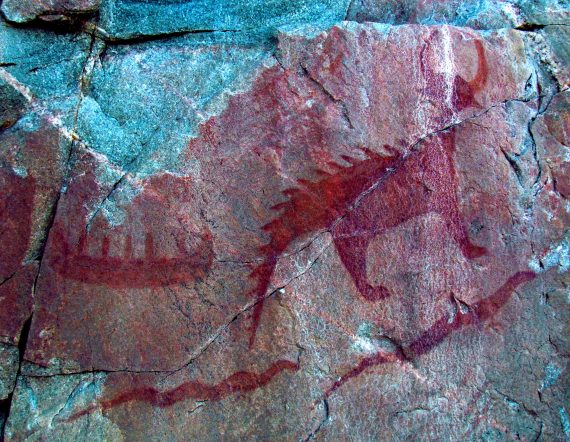 While ochre is a perfect color to draw or paint with, and is especially easy to see in the dark settings of a cave, it has several other uses. The ancients used the mineral to tan hides, as well as a type of glue to secure handles to stone tools. It was also used as mosquito repellent, protection against the cold or the sun, and even for medicinal purposes.

It seems to be apparent that early humans preferred using the color red. Whether it was to mark their bodies or to create ancient art work, the fact that ochre has been used for nearly 300,000 years is quite astonishing.

The Mysterious Ghost Lights of the Outback