When experts and persons of authority say, “We’re just looking around – nothing to worry about,” it’s probably time to worry … at least a little. When what they’re looking for is linked to one of the most destructive meteor impacts in recorded history, it’s probably time to worry a little more. June 30, 2019, is the 111th anniversary of the Tunguska event when what was believed to be a meteor exploded over a remote part of Siberia and destroyed 2,000 square km (770 square miles) of forest, making it the most destructive event of its kind in recorded history. June 2019 is also the month when the Taurids annual meteor shower returns. In a recent presentation, two well-respected physicists said that the Earth will be passing through a dense patch of space rocks during the June 2019 Taurids and their model shows it matches the Taurids shower of June 1908. As a result, they plan to look through it for Tunguska-sized objects. NOW are you worried?

“If the Tunguska object was a member of a Beta Taurid stream … then the last week of June 2019 will be the next occasion with a high probability for Tunguska-like collisions or near misses. While we are not predicting another Tunguska airburst, an enhanced population of small NEOs [near-Earth objects] in the Beta Taurids would increase the probability of another such event on or near next year’s Tunguska anniversary”

In a presentation at the American Geophysical Union 2018 fall meeting, physicists Mark Boslough from Los Alamos National Laboratory and Peter Brown of Western University in London, Ontario, showed their evidence that the 2019 summer or Beta Taurids (they also occur every October) look strongly similar to their 1908 version and called for a special observation campaign to search for Tunguska-class or larger objects embedded in the Beta Taurids. That swarm will be the densest since 1975 when seismometers placed on the moon by Apollo astronauts recorded a spike in impacts on the lunar surface.

“This is not something that should be keeping you up at night.”

Mark Brown’s comment would be more comforting if it weren’t for the fact the Beta Taurids only occur during the daylight hours. Boslough sounds more like someone who has a reason to watch the skies in June 2019.

“It’s one of those very low-probability but potentially high-consequence-type risks, which is hard to quantify and hard to talk about. The probability of a lot of people dying from an asteroid impact is super, super low, but it’s not zero. There are so many other hazards that are greater risk.” 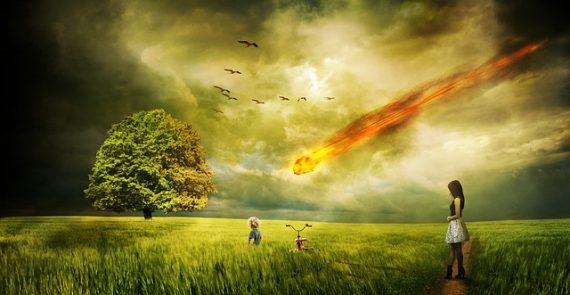 If we really paid attention to probabilities, there would be no Powerball lottery. The space object that caused the Tunguska event was estimated to be about 40 meters 130 feet) in diameter – which makes it a small-to-medium-sized rock that could exist in the Taurids. To spot one, Boslough and Brown say the best time to watch is when the Beta Taurids are heading away from the Earth into the night sky when they’re more visible. That’s right – they won’t be able to identify the killer space objects before they hit … only after they miss.