In a recent article here on Bob Lazar, UFOs, Area 51 and Russian spies, I noted how the whole UFO angle of Area 51 might be a big game; an operation chiefly designed to try and reel in Russian spies. In my new book, Area 51, which will be published on January 1, I tell the story of another man who found himself in a very similar situation to Lazar, but close to two decades before Lazar was on the scene. The entire story is way too long to tell here, but here's a summary: To demonstrate that the connection between Area 51 and UFOs goes back a significant number of years – and long before Bob Lazar almost became a household name - we have to go back to the dawning of the 1970s. The story comes from a man I’ll call John, and who I met back in the mid-2000s. It’s a story of incredible proportions and which clearly demonstrates that when it comes to the matter of aliens and the legendary secret base, nothing is as it seems to be. In fact, it’s much weirder.

From the latter part of the 1940s to around the end of the fifties, John was employed by the New York Police Department. The work was exactly what one would expect in a packed, bustling city like the Big Apple. There was, however, one unusual aspect to John’s career. It was in late 1957 that John and a couple of his colleagues were brought into a program to assist the FBI in uncovering a Russian spy-ring which was afoot in the city. The belief was that the Soviets were trying to infiltrate a certain company that worked in the field of weapons-development for the U.S. Government. By all accounts, the operation ran as smoothly as these things can: two Soviet operatives were rounded up and arrested, as were a couple of Americans, too. 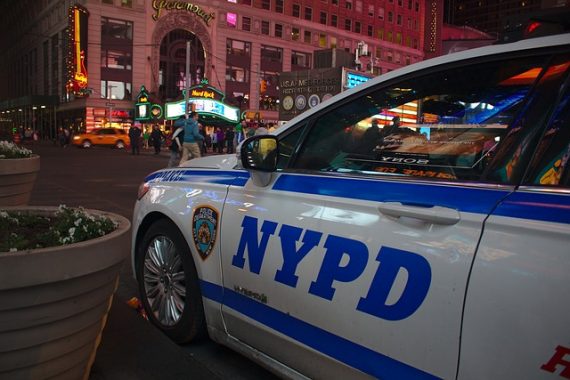 In 1970, John was contacted by an old friend in the police who said that a prestigious job was coming up that John might find of interest. Intrigued, John asked his friend what the gig was. The response was a job with what was then called the Wackenhut Corporation. Today, it's G4S Secure Solutions (USA). It’s a company that was established back in 1954 and which provided security to numerous companies that undertake contract work for the U.S. military, government and the intelligence community. Wackenhut also had the contract, in 1964, to provide all of the security for NASA’s Kennedy Space Center. Wackenhut was involved in matters relative to national security on a daily basis. And, John would have a significant position in the field of security – if, of course, he chose to take the job.

According to John’s friend, the job that was coming up would be at a highly sensitive facility in the Nevada desert. You know the one. John’s friend informed him that the pay would be very good, that the job would guarantee John a lot of new contacts in his working career, and that it was definitely not an opportunity to be missed. John was sold on the idea. Little did he know at the time just how strange his life and world were about to become. John continued his work out at the facility for a pre-planned period, after which he moved into the world of private security, specifically doing background checks on people who were seen as useful for working on highly classified programs at Area 51 and within NASA. John continued with such work until 1981, when he retired.

It turns out that while at Area 51, John was exposed to a wealth of allegedly top secret files that told incredible stories of what the U.S. Government really knew about UFOs: crashed saucers, dead aliens; the usual stuff. Rather notably, despite being shown an astonishing wealth of material out at Area 51, John began to wonder if his whole time spent there was nothing but a cover for something else. After all, John wondered, given that he worked specifically - and only - in the field of security, why on earth was he given access to controversial and jaw-dropping data on the supposed history of aliens on our planet? What would have been the point? The whole situation completely defied logic. John clearly recognized this and speculated on the possibility that it was all some sort of intricate mind-game: to flood John’s mind with bizarre tales and documents relative to dead extraterrestrials, alien autopsies, and spacecraft from other worlds. Maybe, John suggested, it was a loyalty test: to see if he ran to the Washington Post or to the New York Times. John did neither. Rather, he stayed quiet (at least until the 2000s, when he was well into his old age), and as a result of his silence he was offered further, prestigious positions.

John also speculated on another possibility; it was a possibility which involved the Soviets. Although he was somewhat reluctant to address the matter in-depth – which is intriguing – John said he heard a few snippets of data suggesting that there was a small program at Area 51 which was trying to convince the Russians that the United States Government had not just alien bodies, but extraterrestrial technology; even highly advanced, powerful alien weaponry. John wondered if all of this was a mind-game – one designed to scare the Russians into thinking we had something that we never really did, but which the staff at Area 51 were hoping the Russians would come to believe. And come to fear, too. John died in 2013. His widow stated that in his final years John came to believe even more that what he saw and read out at Area 51 in the early 1970s was connected to a project of mind-blowing proportions; a highly detailed and intricate fabrication designed to have the Russians running around like headless chickens, wasting their time on disinformation dressed up as incredible truths and ultimately getting arrested. Ingenious Cold War-era disinformation of a very strange kind, in other words.