Here at Mysterious Universe, Robbie Graham has just reviewed the new documentary from Jeremy Corbell, Bob Lazar: Area 51 & Flying Saucers. Robbie says the following of Lazar: "He has always come across as absolutely sincere and has always resisted encouragement to embellish his original testimony. I am of the opinion that Lazar has never spoken untruthfully about his recollections of Area 51 and S-4. However, I have also never doubted that the story that he tells is untrue—which is to say that the circumstances and events of Lazar’s story were carefully orchestrated and staged for him specifically as part of a sophisticated and ongoing UFO perception management campaign, which likely has counterintelligence purposes far beyond the UFO subject."

Robbie continues with regard to Lazar: "As has been documented by George Knapp and others, there is good reason to believe that Lazar really did work at and/or near Area 51 for a short time in the late 1980s. But it appears he was cherry picked for his job based on his psychological profile and his spotty personal and business history. In other words, it was known and desired that he would blow the whistle when the time came, and that it would be easy to publicly discredit him after he did so, ensuring that his story would not be accepted by all, but by just enough to engrain it into a rapidly expanding subcultural belief system."

Robbie also says of Corbell's production: "Bob Lazar: Area 51 & Flying Saucers makes for entertaining and thought-provoking viewing, but what’s missing is any real sense of the political and UFOlogical climate in which Lazar’s story originally came to light—we get the 'what' but we don’t get the 'why.'"

I can fill in at least a part of the "why." Right now, matters relative to Area 51 are getting quite a resurgence and a revival. In just four weeks from now my new book will be published. The publisher is Visible Ink Press and the title of the book is Area 51: The Revealing Truth of UFOs, Secret Aircraft, Cover-Ups & Conspiracies. As I note in the book, one of the reasons why a program to highlight a fictitious UFO angle at Area 51 was created, was to try and reel in Russian operatives. In his paper, CIA’s Role in the Study of UFOs: 1947-1990, Gerald Haines, historian of the National Reconnaissance Office, stated that in the 1970s and 1980s: "Agency analysts from the Life Science Division of OSI and OSWR officially devoted a small amount of their time to issues relating to UFOs. These included counterintelligence concerns that the Soviets and the KGB were using U.S. citizens and UFO groups to obtain information on sensitive U.S. weapons development programs (such as the Stealth aircraft) [italics mine]."

Indeed, creating fabricated tales (and documents) to try and "out" Soviet spies (and domestic assets too) gets to the heart of much of this. It’s a fact that in the 1980s – and specifically so in the latter part of the eighties – the Russians were deeply interested in what was afoot at Area 51. They knew, for example, all about a controversial land grab in  the area by the U.S. Government which began in 1984 and which has continued for years. The Russians were also well aware that some highly radical aircraft were being secretly test-flown out at Area 51 and its immediate surroundings. There is another issue too. While Russian espionage agents were spying on Area 51 – and staying low in Las Vegas, as a means to keep the U.S. Government off their backs – U.S. agents were actually fully aware that those Soviet spies were operating in Nevada, looking to find out what was afoot at the infamous base. The problem was that the U.S. Government, military and intelligence community didn’t know where those Russian agents were, exactly, or who they were. Only that something disturbing was afoot locally, and which involved certain UFO researchers who may have "helped" those same Russians, as per Gerald Haines' words relative to the CIA's concerns about the KGB.

As a means to try and smoke out those Soviet personnel, and quickly arrest them, disinformation specialists at Area 51 may well have used Lazar as a patsy; as a man who was used by American intelligence to spread tales of acquired UFOs, dead aliens, and cosmic conspiracies. Lazar may have worked out at Area 51’s S-4, and he also may have fully believed those supposedly top secret briefing papers to which he had access and which told tales of ancient encounters between the human race and aliens, and genetic alterations to the human species made by advanced E.T.s. In that sense, Lazar was a completely unwitting figure in this strange mind-game.

It goes without saying that, for the Russians, uncovering the alien truth would have been the ultimate prize; even more so than anything that might be the creation of U.S. scientists. How could the Russians refuse the startling story - dangling like a carrot before them - of incredible alien science that just might give the Russians the upper-hand? Well, the answer is simple: they couldn't resist it. The possibility of gaining alien technology, and even extraterrestrial weaponry, had the Russians practically hypnotized. The result: no doubt a quiet word from Moscow in the ear of a couple of guys hiding out in Vegas – let’s say Dimitri and Ivan – who are ordered to find out the amazing truth, but who end up getting arrested. Two important Russian spies have been captured and interrogated and, in the process, no real secrets have been compromised. 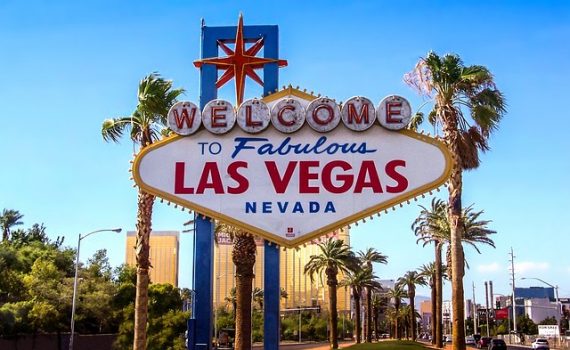 On this same issue, it’s worth noting one specific and short statement that Lazar made to journalist George Knapp, regarding what was going on at S-4. Lazar told Knapp that while he, Lazar, was at the base, the staff “play so many mind games there.” Lazar also admitted that certain memories from his time spent at Area 51 were not just hazy, but suspiciously hazy. This was something which led Lazar to believe that his mind had been tampered with - possibly via chemicals, hypnosis, and MK-Ultra-type “mind-control” technologies. Lazar was out at S-4, Nevada. But, what he was fed was fiction, designed to try and figure out the scope and number of Russian agents (and those suspected assets...) who were prowling around Nevada. They were actually - and originally - looking for highly advanced terrestrial technology. But, a plan was initiated to give those same agents and assets something else: aliens (dead and maybe alive), recovered extraterrestrial spacecraft, and top secret files. There's just one thing, though: it was all bogus. Bob Lazar spoke truthfully about his experiences. But, what he was told and what he saw was not the truth. The false stories of aliens and UFOs at Area 51 were born out of (A) the United States' wholly understandable and real concerns of Russian knowledge of new American weapon-systems and experimental aircraft and of (B) U.S. attempts to bring that penetration to a halt and to figure out who, in those aforementioned "U.S. citizens and UFO groups," were actively being used by the KGB.

All of this will be followed (quickly) by another book from me, which will take matters even further. It's title and subtitle: UFOs and Russian Meddling: Soviet Penetration and Manipulation of the Flying Saucer Scene.