While a picture painted on the wall of a cave appears to show a hunter collapsing in front of a disemboweled beast over 15,000 years ago, it may also indicate a more astronomical meaning. The ancient cave art, which was found at Lascaux (near Montignac) in France, were positioned in such a way that they may have been signs of the zodiac and was telling the story of a cataclysmic event.

A group of teenagers discovered the cave paintings in the 1940s and experts have been trying to understand the meaning of the art ever since. While it’s unclear exactly when the 600 images were created, it is believed that they are up to 17,000 years old.

The paintings found at Lascaux were being compared to zoomorphic artworks that were discovered at Neolithic sites from Göbekli Tepe and Çatalhöyük in Turkey. The research was conducted by experts from the Universities of Edinburgh and Kent. They indicated that instead of lions, bulls, and scorpions portraying animals that are seen on Earth, they could have been drawn to represent constellations in the sky.

Chemical engineer Martin Sweatman, who was one of the study’s authors, claimed “Early cave art shows that people had advanced knowledge of the night sky within the last Ice Age.” If this is indeed factual, that would mean that the cave art found at Lascaux was created to record a significant event that occurred during the annual Taurid meteor shower approximately 17,000 years ago.

At first glance, it looks as though the painting was of a man collapsing in front of a disemboweled animal while a bird watches and a rhinoceros looking away. There was also a horse head that was drawn on another part of the wall. And there were geometric shapes, odd lines, and dots drawn throughout the pictures. But after further analysis, they could very well have indicated constellations in the sky.

To see a picture of the cave painting found at Lascaux, click here.

The disemboweled bison-like animal, called an auroch, could represent the Capricorn constellation during the summer equinox, while the bird could indicate Libra during the spring equinox. While it’s unclear what the other animals are symbolizing, they could be representing Leo and Taurus during other equinoxes. These paintings could indicate that around 15,150 BCE, a cataclysmic event could have affected humans. In fact, the climate started to shift at around 15,300 BCE according to records that were taken from Greenland’s ice cores. 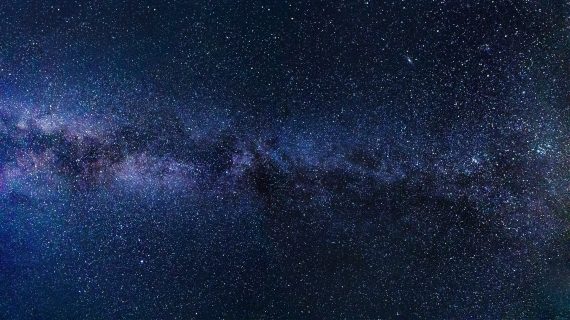 Last year, the stone carvings that were discovered at Göbekli Tepe were examined and it is believed that they were indicating a comet that struck Earth that was more than likely responsible for a brief return to the Ice Age climate approximately 13,000 years ago.

Another example of potential art work hinting at an astronomical event is a 40,000-year-old carving of an upright lion that was discovered in the Hohlenstein cave located in Germany. Sweatman explained, “These findings support a theory of multiple comet impacts over the course of human development, and will probably revolutionize how prehistoric populations are seen.”

Stealth Planes, UFOs, and a Certain Secret Base