China is Making Plans for a Robotic Atlantis

While businesses in the U.S. struggle to decide the future of autonomous cars and how (or if) the public will receive and use them (attacking driverless vehicles is not a good sign; autonomous cars in fatal accidents is even worse), China announced it is building an entire autonomous, robots-only city ... under the ocean … as a port and laboratory for unmanned submarines ... and it’s named after Hades, the mythological king of the underworld. Are you worried yet?

“It is as challenging as building a colony on another planet for robotic residents with artificial intelligence. The technology can change the world.”

Or take it over? South China Morning Post quotes an unnamed scientist who has a rosy view of the Hadal zone project – a robotic Atlantis in the deepest trench of the South China Sea. It’s pictured as an underwater space station with multiple platforms and docks for subsea drones. It’s projected to cost Chinese taxpayers just 1.1 billion yuan (US$160 million), with much of the funding going to developing materials that can withstand the pressure at that depth … not to mention the volcanoes. 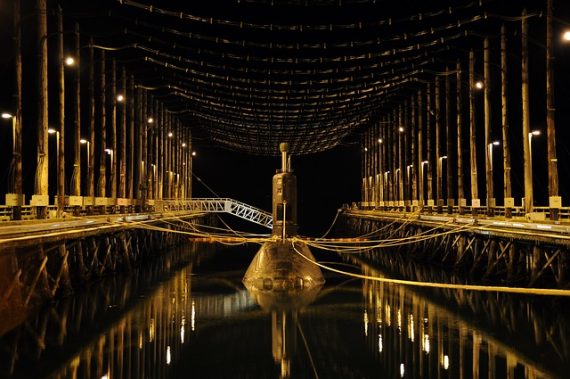 If you’re going to build the world’s first and deepest autonomous Atlantis, you might as well pick the worst place and most dangerous place imaginable – the Manila Trench in the South China Sea where, at a depth of 5,400 meters, the southeastern part of Eurasian plate meets the Pacific plate and create sizeable underwater volcanoes and earthquakes that could affect large parts of the surface with quakes and tsunamis. Throw in the fact that the South China Sea is a politically volatile area causing disturbances between the governments and militaries of China and the Philippines, and you have to wonder what other reasons may have prompted China to pick this area … and why it will be unmanned.

“China and the Philippines should sit down and discuss it. A tsunami [warning] is a big selling point. Data collected by the station would benefit all countries in the region. It could save many lives.”

Professor Yan Pin, a researcher at the Key Laboratory of Ocean and Marginal Sea Geology at the Chinese Academy of Sciences in Guangzhou, pushes the ideas that this will primarily be an earthquake and tsunami warning station and the data it collects will be shared with the Philippines and other countries. China’s President Xi Jinping, in a speech designed to inspire the engineers working on the project, called it a “march into the ocean to accelerate the build-up of maritime power.” Dr Du Qinghai, an associate researcher at the Hadal Science and Technology Research Centre at Shanghai Ocean University who is not involved with the project, is blunter.

“No other country has done this before. The project will make China stronger, more advanced. It will boost the material sciences, stimulate innovation and make Chinese manufacturing more competitive. It will make China a world leader in some critical areas.” China is building an autonomous Atlantis. Its drive for technical superiority and willingness to spend money on may feel threatening but it is also impressive. Meanwhile, the U.S. is trying to get excited about automatic parallel parking and Americans are going to movies about Aquaman.