Creating “Something” From The Human Mind

The concept of the Tulpa began, centuries ago, within the culture and beliefs of Tibetan Buddhists. In today's world, a Tulpa is perceived as a creature - or an entity - that is created and driven by the power of nothing less (or more) than the human imagination. If that sounds strange, well, yes, it is strange! Essentially, it goes very much like this: if you focus your attention on a particular image – let’s say, for the sake of argument, that of a fiery-eyed, leathery-winged gargoyle – you can give it some semblance of reality and, eventually, an independent existence. You lay down on your bed, late at night, when and where you won’t be disturbed, and you focus intently on your legendary monster of choice. You carefully visualize its form, those huge wings, its malevolent face, and its clawed hands. Perhaps, you even give it a long and powerful tail. 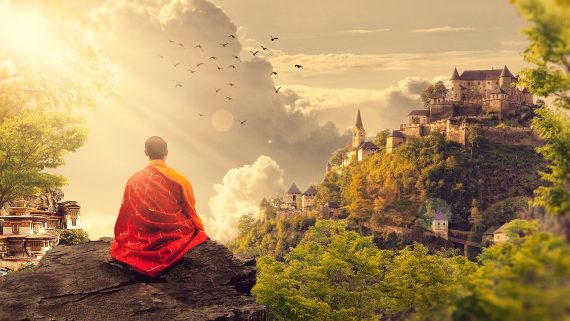 You focus on the image of the beast flying high above the rooftops of your own town in the dead of night. And, you repeat that process night after night, week after week, and maybe even month after month. You may even utilize meditative techniques to allow you to enter altered states of mind, which will serve to amplify the imagery even more. Then, one day, reports suddenly begin to surface in your town of what sounds just like the very beast that you have been so deeply focusing on in the depths of your mind and imagination. In essence, you have successfully created a monster – solely by thinking it into existence. No, the monster is not of the flesh and blood variety, but it lives and thrives all the same. And, you – and you alone - are responsible for it. A wholly fictional entity is now active and living in your world and our world. Now, we'll turn our attentions to a fascinating example in the real world.

Alan Moore is an acclaimed comic-book writer and the man who was responsible for both Watchmen and V for Vendetta – both of which were made into hit movies. Then, there is one of Moore’s most loved and popular creations of the 1980s, John Constantine – the creation of who also had significant input from fellow writers, Steve Bissette and John Totleben. Their character became a hit on the big screen in 2005, when the well-received movie, Constantine, was released at cinemas on a worldwide scale.

It wasn’t long at all after the Constantine character came to fruition in Alan Moore’s mind that Moore encountered Constantine – in what was without much doubt a Tulpa-form. It was an otherwise normal day in London, England and Moore was eating lunch in a café in Westminster, when none other than John Constantine – the comic-book creation of Moore himself – walked right past an astonished Moore. In Moore’s own words, which are spelled out in Jim McGrath’s online article, “Conjuring Constantine,” of August 2012: “He looked exactly like John Constantine. He looked at me, stared me straight in the eyes, smiled, nodded almost conspiratorially, and then just walked off around the corner to the other part of the snack bar.” 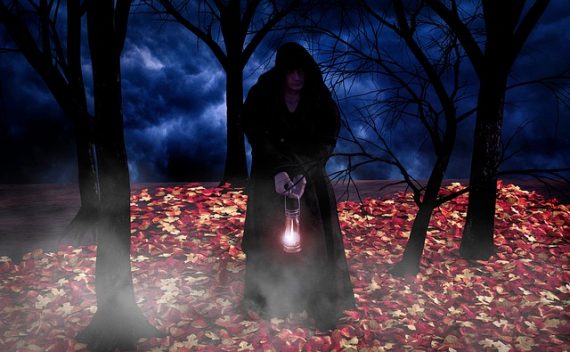 Moore debated as to whether or not he should follow his creation-come-to-life. Moore chose not to. It’s almost certainly not a coincidence, given the nature of the strange affair, that Moore is not just a comic-book writer. He is also a chaos magician. It just so happens that chaos magic involves the conjuring and creating of fictional characters and giving them some semblance of reality. Subconsciously, one suspects, this is exactly what Moore did: he created a temporary Tulpa of John Constantine. And, having done so, Moore was duly paid a visit of a truly extraordinary kind.