In many countries, it’s considered to be a rite of passage for a father to take his son or daughter out for their first beer when they reach the legal drinking age. That’s not the case in Zimbabwe where three siblings say their father is brewing cursed beer and has caused the deaths of many family members. Have they considered switching to wine? Believe it or not, cursed beer and spirits is more common than you might think.

NewsdzeZimbabwe reports the strange tale of Litania, Bridget and Innocent Sibanda from Zvishavane, who were taken to court by their father, Jonas Sibanda, who had accused them of pouring his traditional homemade beer onto the ground and flushing 40 kg (88 pounds) of finger millet (Eleusine coracana, a herbaceous cereal plant grown in Africa and malted to make beer) down the toilet to prevent him from making more. While it might make sense for him to sue them for the large plumbing bill that undoubtedly caused him, Papa Sibanda instead had charged his kids with “disturbing the peace.”

"They should not come to my home. I used to love my children but not any more." 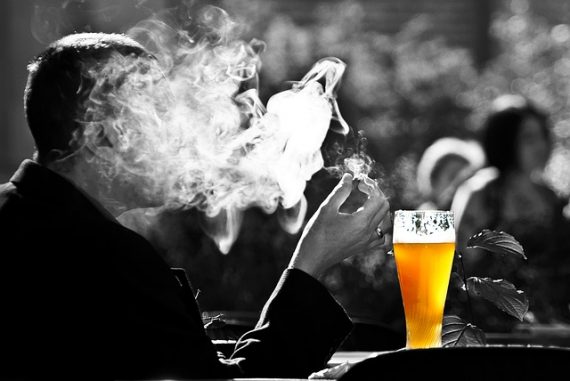 The court called in the children, who defended their actions, saying they have “they lost many family members including their dear mom and two of their sisters have gone mad and this always happens soon after their father brews.” We know what you’re thinking and no, the report doesn’t say whether they drank the beer first. The kids said they were so concerned that they consulted witch doctors and prophets, but one of them sided with the father by showing them a talking stone which explained everything.

"We went to visit a witch doctor in Matopo Hills and we were shocked to hear a stone talking. The stone said that our father had failed to carry out instructions given and this was the reason why family members were dying mysteriously. The stone instructed him to stop brewing beer and only do so after three years. It is because of this instruction that we poured away his beer."

Believe it or not (if you’re still with us), the father was aware of the talking stone but his interpretation was that he was “supposed to continue brewing beer to save people's lives.” Tell that to the ones who were already (allegedly) dead or mad.

Unfortunately, the report did not say who the court ruled in favor of. However, if the judge was looking for other cases of cursed booze (the legal kind of case), he could check with Union Distillers in Pluckley, England (in the Guinness book as England’s most haunted village) which distills Evil Spirits Gin using “possessed” apples, after which each bottle is individually cursed during October’s full moon by Ms. Julianne White, a professional witch. 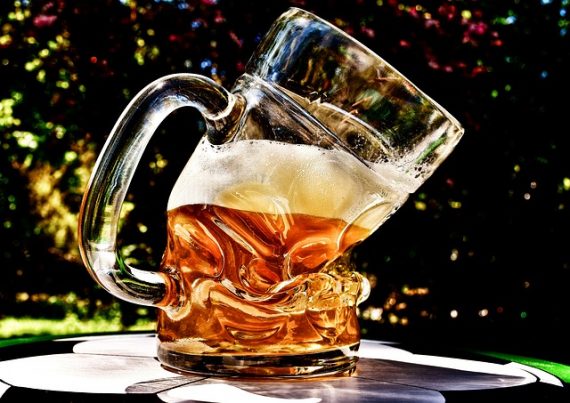 Or they can contact Boone County Distilling in Kentucky which makes a white whiskey distilled from bourbon mash called Tanner’s Curse, so named because the founder of the city built in on a Native American graveyard, an act that is blamed for the death of his sons and the eventual demise of the city and the original distillery.

And, if Papa Sibanda wins and wants to expand his business, he can contact the makers of A Blessing and a Curse double India Pale Ale which, while not haunted, doesn’t seem to be cursed by its name.

Whether you believe in the curses or not, drink responsibly.